Boris Johnson’s savagery against babies of Northern Ireland: an appeal to Her Majesty 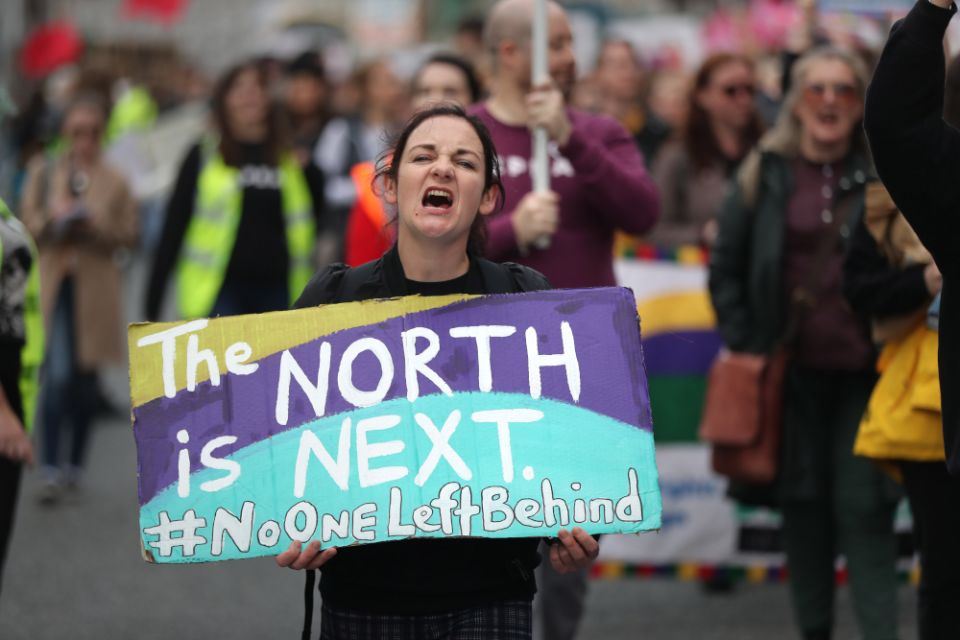 This request from a friend in the UK:

As a matter of some urgency, please write (and it is never too late) to Queen Elizabeth II appealing for her to stay the hand of government imposing abortion on the people of Northern Ireland without their consent.

Her Majesty does have power and the God-given authority to speak up for the unborn child – no matter what anyone says.

Feel free to use my letter as a template.

Please accept my sincere condolences on the death of your husband, Prince Philip, the Duke of Edinburgh. At such times the words of the Lord are a great comfort: Psalm 147:3 ‘He heals the broken hearted and binds up their wounds’.

I cannot conceive that after having the personal experience of the loss of your husband, a tower of strength in times of testing, that you would not also identify with the voices of those lamenting and in great mourning, who ‘weeping for their children, will not be comforted because they are not’- as a result of being pressurised to have an abortion when they young or even teenagers. There are untold numbers of women who suffer depression and who will carry with them to the grave the burden of having murdered their own children.

However, with the passing of Regulations 2021, Wednesday 28 April 2021, overruling the duty and responsibility of the Northern Ireland Assembly to defend the most vulnerable in society, in addition to the sin of nine million babies exterminated in their mothers’ wombs in mainland Britain, since 1967, your government is determined to add to its crimes by imposing and extending this bloody carnage on the people of Northern Ireland with the setting up of new abortion mills.

The foetus is deemed by your government to be mere products of reproduction which can be removed like unwanted appendixes or cancers. Yet advances in technology confirm that the foetus from conception is a male or female human being. Because of this he or she can never be equated with an appendix, cancer, or gangrenous leg. A leg has never been recorded as silently screaming as it is being amputated; as has the baby whilst being dismembered alive in its mother’s womb.
Feminists and lesbians might claim there are no borders or boundaries that can stand in their way for absolute liberation when it comes to women’s rights, as can no nation, no culture and no belief system, but they will impose on us with a rod of iron their absolute belief that there are no absolute boundaries between truth and untruth, reality and unreality or morality and immorality.

If abortionists are not ashamed of what they do, why would they object to the BBC making TV documentaries of abortions or mind such images being put on display on Billboards in the public domain? BPAS, Marie Stopes and the gynaecology departments of NHS are no different to those who, during WWII, kept the prying eyes of ‘decent and respectable’ German citizens away from the Nazi concentration camps close to their towns. Since 1967 14% of the British population has been exterminated in the womb, compared with 0.02% deaths attributed to Covid-19.

Capital punishment did not end with its abolition in 1967; it was simply transferred to the unborn child with the repeal of the abortion laws. The unborn child’s only crime was to inconvenience its parents and others who wish the exterminate the child.

Abortion will not end there. Babies who inadvertently are born alive during an abortion will be left to die or be killed. What is to stop abortion expanding into compulsory euthanasia or infanticide as a mark of ‘kindness’ for those whose lives are deemed not worth sustaining? In the name of God, how far will your Royal Assent be extended? Are there no limits?

A quarter of all pregnancies end in abortion, i.e. 200,000+ babies massacred in their mother’s wombs each year, apart from Northern Ireland where the hand of death has been stayed. This is because the people of Northern Ireland, respected and upheld the sovereign authority invested in you, when at your Coronation in June 1953, you were handed the crown, orb, sceptre and sword and the Archbishop of Canterbury said:

… With this sword do justice, stop the growth of iniquity, protect the holy Church of God, help and defend widows and orphans, restore the things that are gone to decay, maintain the things that are restored, punish and reform what is amiss, and confirm what is in good order: that doing these things you may be glorious in all virtue; and so faithfully serve our Lord Jesus Christ in this life, that you may reign for ever with him in the life which is to come. Amen.

We also remember your 1957 Christmas Message to the Nation when you said:

At this critical moment in our history we will certainly lose the trust and respect of the world if we just abandon those fundamental principles which guided the men and women who built the greatness of this country and Commonwealth…..

I would like to read you a few lines from ‘Pilgrim’s Progress’, because I am sure we can say with Mr Valiant for Truth, these words:

“Though with great difficulty I am got hither, yet now I do not repent me of all the trouble I have been at to arrive where I am. My sword I give to him that shall succeed me in my pilgrimage and my courage and skill to him that can get it. My marks and scars I carry with me, to be a witness for me that I have fought His battles who now will be my rewarder.”

You might not have the sword given you at your Coronation, but every Christian has been given the Sword of the Spirit, the Word of God. For the sake of untold precious lives, I beseech you in the precious name of our King, Lord and Saviour, Jesus Christ, to use His Word, the Bible and speak up for the voiceless.

I have the honour to remain, Madam, Your Majesty’s most humble and obedient servant