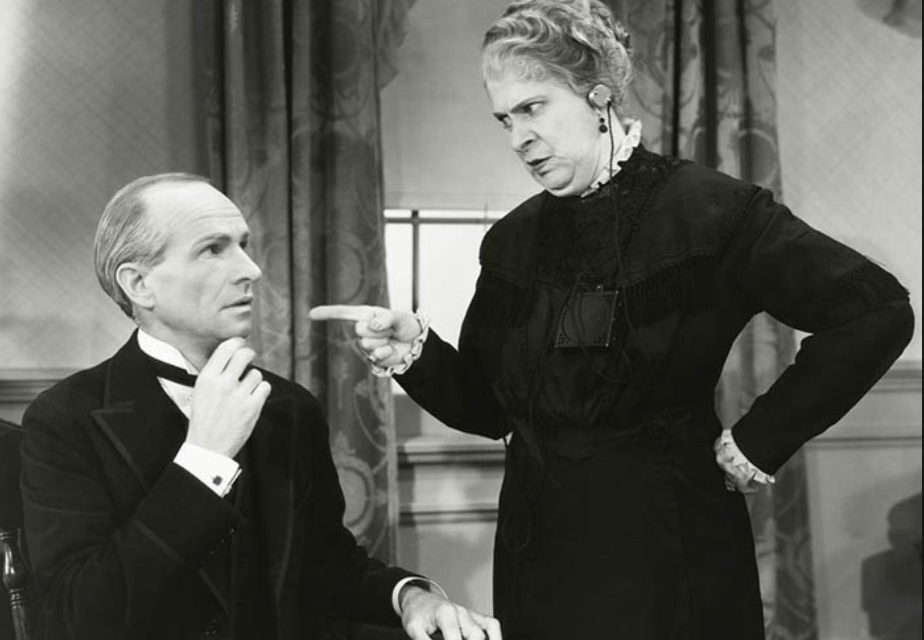 This morning Paige Patterson hit the main page of Google News. Shrews are metooing him, Wheaton has piled on, and the sharks are circling as the Southern Baptists’ annual meeting approaches.

Leading the witch hunt are self-styled “Southern Baptists” like Oklahoma pastor Wade Burleson. He is out for Paige’s blood and he can taste it. Of course Burleson is a rabid feminist who wants women to lead men, starting in the church. He promotes the feminist rebellion against our Heavenly Father over among the feminists of Christians for Biblical Equality.

No one who knows Paige Patterson or his wife Dorothy is surprised they are not crumbling into self-abnegation. Don’t hold your breath waiting for Paige and Dorothy to quiver and tear up and say they meant well but have regrets.

Not that they don’t. I’m certain Paige is grief-stricken over the accusations that have been made against Judge Roy Pressler, his co-architect of the reform of the SBC. I’m also sure Paige wishes he had never had anything to do with convicted sex offender Daryl Gilyard. But talk to any pastor with years of experience working as a shepherd and we all have stories of both men and women we have shepherded who themselves have abused or contributed to the abuse of children.

I said men and women. But you’ll never hear about the wickedness of women from these metooers.

Anyhow, the witch hunt is on and the wicked media are gleefully announcing that “over 2,000” women and their men have signed a petition calling for Paige to resign from the presidency of Southwestern Baptist Theological Seminary.

These are the two things every story cites:

commented in the sermons on female bodies, including that of a teenage girl, and women’s appearances. Now, thousands of people are calling for his removal just weeks before he is scheduled to deliver a key sermon at the huge denomination’s annual convention.

Few today bother to go to the primary source when criticisms are made, but if you will do so in this matter of what Paige actually said and the point he was making, you’ll be shocked at the cynical abuse of truth these people are engaged in. If President Trump has taught you nothing else, he should have taught you that the media never stop lying. This might be the single accomplishment of his term in office. If so, I’ll consider my vote to have been well spent.

I’ve often said that the preacher is the opposite of the comedian because the comedian gets fired if he tells a lie and the preacher gets fired if he tells the truth. Politically correct language gets no laughs, but it does get you into a church’s pulpit. Churches want preachers who will lie to them, and keep in mind what Robert Louis Stevenson said, that the cruelest lies are often told in silence.

Being under the control of women, the Evangelical church today is a sitting duck for the PC hussies determined to make hypocrites of everyone. These women and their soft men believe God’s highest perfection is niceness, and thus the highest aspiration of Christians should be speaking and acting in a way that could not possibly cause offense.

I’m not going to walk the plank for Paige. He’s a big boy who can take care of himself.

But I’ll be hanged if I’m going to sit by, silently.

If you want to hear what the PC hussies and lying journalists are working to make pastors sound like, listen to the First Lady’s public announcement of her Be Best campaign.

Is this what those of us with true Christian faith want from our pastors? Are we really going to allow the hussies and their soft husbands and pastors to reduce the Word of God preached to a Melania Trump sound bite? About how nice kitty cats are? About how much little children need to be able to spend some quality time each day with a nice kitty cat?

Are we going to allow them to design our little boy’s childhood so he spends his days sitting on the floor eating freshly baked chocolate chip cookies and sharing his milk with the kitty cat while Alexa sings “Anything boys can do, girls can do better”?

PC talk and writing and thinking are the most boring things in the world. They’re also lies.

Thank God the Holy Spirit that this is one thing no one can ever accuse Scripture of.

Those of you who claim the Name of Christ whose highest aspiration is making a public show of how evolved and sensitive you are, please have the intellectual honesty to sign a petition against the Holy Spirit for the things He says in the Bible. They’re much worse than anything the metooers are hissing over.

My favorite is “all Cretans are liars.”

This is precisely the point Paige was making with his story: that God made men to notice women’s beauty, and not just their face, but also their bodies.

Have we really gotten to the point that every one of our public utterances must have the approval of all the women who are trying to deny that any woman is more beautiful than they are—and to that end are shaming men who notice and comment on women’s looks?

I mean, do I really have to say it? If Scripture does it, is Paige Patterson not allowed to?

What if Paige goes out into his garage and there’s no non-beautiful woman present? May he say it there? How about in his bathroom or bedroom closet?

It’s a sad day that turns everyone into hypocrites so that the whiners among us will feel better about themselves. If we don’t watch out, before long they will pass a law saying no woman is allowed to have long hair because it’s too beautiful and it gives some women an unfair advantage. Then they’ll send the poor man who dares to admit he loves long hair to prison for oppressing women by expressing his love of long hair.

Ugly, ugly, ugly is what this world is making itself into, but Christians are too afraid of woman to defend beauty.

But show me the man with the guts to speak of how gorgeous his wife’s pregnant belly is in any way that sounds like the Song of Solomon:

Your belly is like a heap of wheat
Fenced about with lilies.
…
Your stature is like a palm tree,
And your breasts are like its clusters.
“I said, ‘I will climb the palm tree,
I will take hold of its fruit stalks.’”
(Song of Solomon 7:2, 7–8)