Adam Spaetti grew up in Evansville, IN. He became a Christian his freshman year at Indiana University where he later completed medical school. Since completing his internal medicine training at St. Vincent Hospital in Indianapolis, he has worked as an internist in Bloomington, Indiana seeing office, nursing home, hospital, and hospice patients. Occasionally he even gets to make a house call. Adam has a lovely wife, Dawn, and 6 children who help him in his work as an elder at Clearnote Church in Bloomington. 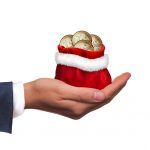 The top five exhortations (from kids) to give extra at Christmastime

Every December, elders in churches all over the world face the task of telling the congregation that giving isn’t keeping up with the budget and everyone will have to try a little harder.

END_OF_DOCUMENT_TOKEN_TO_BE_REPLACED 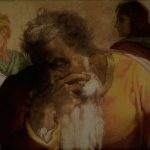 Now that Christmas is over, read Jeremiah…

I’m not a reader. I’m painfully slow at it and can barely make time for Scripture and an occasional medical article, let alone books. Still, there are two men who I love to read — men who describe what I’m seeing in a way that makes me guffaw and cry, sometimes at the... END_OF_DOCUMENT_TOKEN_TO_BE_REPLACED