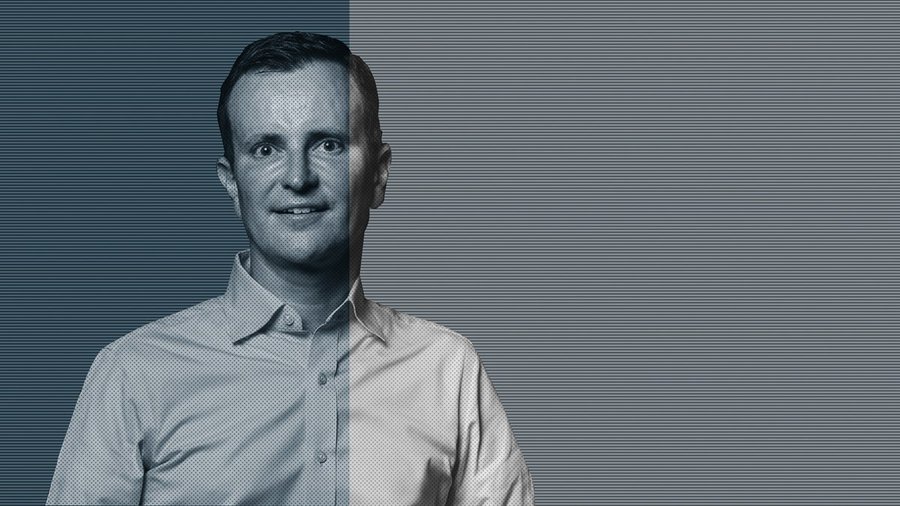 NOTE: This post went up on Baylyblog back on June 7, 2006. This was twelve years before PCA Pastor Greg Johnson hosted the Revoice conference at his Missouri Presbytery church. Since then, Johnson has made a name for himself as host-pastor and national hero of the PCA’s Revoice movement.

I had not remembered writing this piece, but a brother who is an elder in the PCA, sent it to me, suggesting I call readers’ attention to it again, today. Readers here on Warhorn who may be curious to know what criticisms (and commendations) of Covenant Theological Seminary’s Pastor Greg Johnson were offered sixteen years ago can go here and read them.

Poisonous grace: an exercise in discernment

Here’s an exercise in discernment.

Greg Johnson is a graduate of my denomination’s seminary, Covenant Theological Seminary in St. Louis, Missouri, and this article he’s written strikes me as typical of the sort of poisonous grace talk I’ve run into too often, recently, including among men from Covenant. Because the error is so common, it might be good for us to critique this particular piece as a means of warning others away from these errors.

Note well: I am not saying everything in this article is bad. There are things here worth saying, some of which are downright helpful and good. But the admixture of truth and error ultimately renders this piece unsalvageable except as an exercise in the practice of that most-neglected-of-all-spiritual-gifts, discernment.

So would you please take some part of this article and, quoting it, show how it is contrary to Scripture? Don’t worry if your work is duplicated by someone else. I’m hopeful we’ll have thousands of words written about this piece, permanently deposited here in our comments section to be read by others. Of course, it’s proper to note the good points Johnson makes, but my principal concern is to see the errors exposed as a warning to all.

Feel free to argue against another reader’s critique. The goal here is to grow our discernment quotient, making us all more useful in defending the church against false teaching–particularly false teaching hiding behind the cover of “grace.”

I recently watched as a congregation I love was spiritually raped. A Christian ministry came into the church for a three-day program whose purpose was to encourage believers to pray more. During one of the breakout sessions, a man expressed his frustration with unanswered prayer. He had faithfully prayed with and for his daughter for years, and still she was not walking with God. He was broken, depressed, perhaps more than a little ashamed. How does God in his grace speak to this man? A bruised reed was crying out for help.

“You need to try harder. You need to pray more.” That was the message he was given. I was enraged. Having known this church for many years, I was horrified. What I was hearing was what one seminary professor calls sola bootstrapa. Self-reliance—we pull ourselves up by our own spiritual bootstraps. The teachers who said such things surely meant well. The problem was not a lack of sincerity on their part. The diagnosis is far more severe. The problem was heresy. Any heresy wounds the soul.

When I look upon the evangelical world today, I see millions of sincere believers who are loaded down with false guilt by teachers who fail to grasp the basics of biblical prayer. To sharpen the point slightly, Christ’s sheep have been lied to. They have been told that prayer is a work that we must perform in order to get God to bless us. As heresies go, this one is often subtle. Prayer has become a work rather than a grace. The result has been a loss of joy in prayer.

And prayer is not the only grace we’ve turned into a work. Personal Bible study has become a source of bondage as well. A whole generation of Christians has been told that God will bless them if they read their Bibles every day, as if the act of reading the Scriptures were some kind of magic talisman by which we gain power over God and secure his favor. This is not the religion of the Bible. This pervasive belief that God gives us grace as a reward for our devotional consistency is antithetical to the religion of Jesus Christ. Prayer and Bible study—what evangelicals for the past century have called the “quiet time”—have become dreaded precisely because they have been radically misunderstood.

It’s ironic, but the Quiet Time has become the number one cause of defeat among Bible-believing Christians today. At one time or another, nearly every sincere believer feels a deep sense of failure and the accompanying feelings of guilt and shame because he or she has failed to set aside a separate time for Bible study and prayer. This condition is called Quiet Time Guilt. And it’s a condition with many repercussions. The shame of Quiet Time Guilt manifests itself in even deeper inability to fruitfully and joyfully study Scripture. Prayer becomes a dread; Bible study a burden. The Christian suffering from Quiet Time Guilt then despairs of seeing God work in his or her life, until finally he or she simply gives up. He may continue outward and public Christian commitments like church attendance, but secretly he feels a hypocrite. What is the root of Quiet Time Guilt?

The root of Quiet Time Guilt is legalism. Often when we think of legalism, we think of the petty man-made rules that have so often strangled the churches–rules against dancing or drinking or makeup or ‘secular’ music. But these legalistic rules are merely an outward sign of a deeper legalism of the heart. When prayer and Bible study are thought of primarily as duties (‘disciplines’) rather than as grace, both prayer and the study of Scripture become unfruitful in our lives…

In his email, this PCA elder adds:

You did a followup piece about a Marcus Borg sermon and related Greg Johnson’s piece.

The Wayback Machine also shows his original blog at that time: “Greg’s Couch”

Or, take another of Greg’s articles from the time, something called “Christianity Tomorrow” that asserts that “evangelism won’t be enough… postmodern converts need new mental categories.”