A gloom of her own… 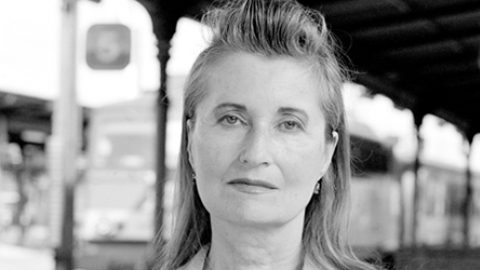 In The New York Times Magazine last Sunday,1 Austrian Nobel laureate Elfriede Jelinek, author of works such as Women as Lovers and The Piano Teacher, was interviewed:

NYT: Your novels…focus on sexual politics…”

NYT: How can you cling to such dated stereotypes when you yourself are acclaimed internationally for your intellect?

NYT: You’re suggesting that your achievements, like winning the Nobel Prize in Literature, detract from your overall appeal.

Jelinek: Certainly! A woman’s artistic output makes her monstrous to men if she does not know how to make herself small at the same time and present herself as a commodity. At best people are afraid of her.

The NYT titled the interview “A Gloom of Her Own.”

While there are men whose only concern for the opposite sex is erotic—think Hollywood, for instance—the Christian Church has always opposed such betrayal of God’s creation of Eve. He did not create Eve to be Adam’s toy, but his helpmate. God said it “was not good” for Adam to be alone.

Men and women who honor Scripture and seek to obey God’s commands concerning sexuality recorded in its pages are never dismissive of the fairer and weaker sex. Inspired by the Holy Spirit, the Apostle Paul spoke God’s words concerning His order of Creation of Adam first, then Eve:

A woman must quietly receive instruction with entire submissiveness. But I do not allow a woman to teach or exercise authority over a man, but to remain quiet. For it was Adam who was first created, and then Eve. And it was not Adam who was deceived, but the woman being deceived, fell into transgression. But women will be preserved through the bearing of children if they continue in faith and love and sanctity with self-restraint. (1Timothy 2:11-15)

Today (2004) my wife and I do teach our educated, beautiful, articulate, generous, thoughtful, and godly daughters to cultivate a certain deference toward men. How sad that Jelinek and others like her are so dismissive of this deference which, until thirty years ago, was a foundational principle of relations between the sexes across the Western World.

Thankfully, smearing it and all who practice it as “misogynistic,” as making a woman into a “commodity,” as considering women “small,” has not decreased the devotion of women of the coming generation to Jane Austen, Elisabeth Elliot Gren, Elizabeth Prentiss…

Or, for that matter, their devotion to the blessed Virgin Mary:

And Mary said: “My soul exalts the Lord, and my spirit has rejoiced in God my Savior. For He has had regard for the humble state of His bondslave; for behold, from this time on all generations will count me blessed. For the Mighty One has done great things for me; and holy is His name. And His mercy is upon generation after generation toward those who who fear Him. He has done mighty deeds with His arm; He has scattered those who were proud in the thoughts of their heart. He has brought down rulers from their thrones, and has exalted those who were humble. He has filled the hungry with good things; and sent away the rich empty-handed. He has given help to Israel His servant, in remembrance of His mercy, as He spoke to our fathers, to Abraham and his descendants forever.” (Luke 1:46-55)