All Scripture is God-breathed (1) 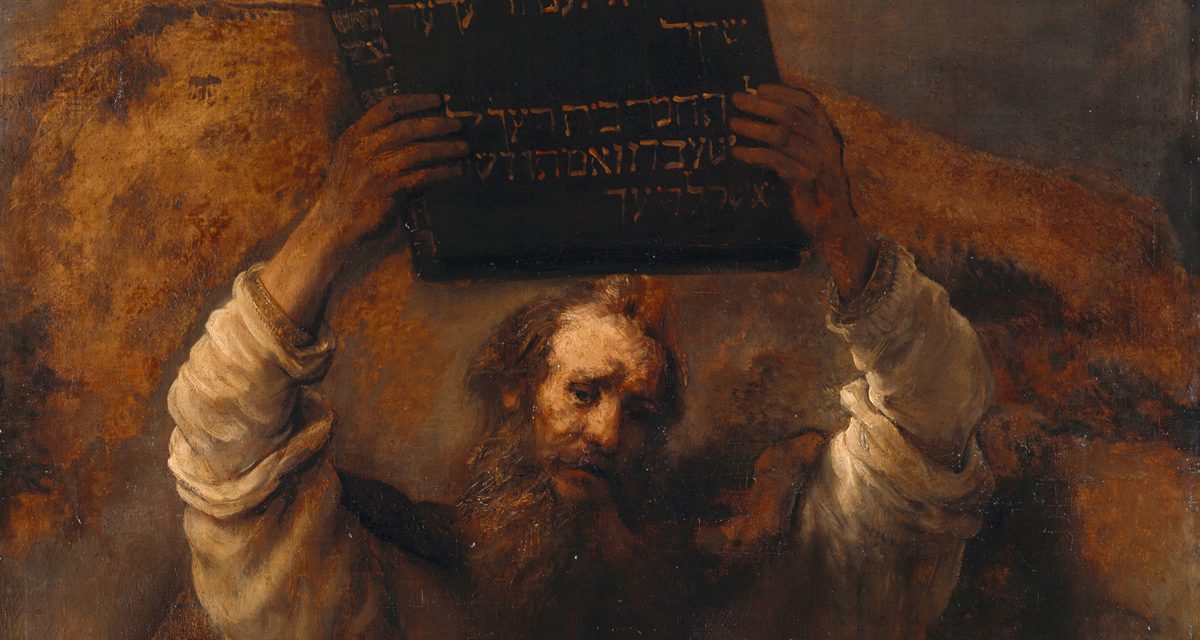 It is a foundational doctrine of the Church all Christians have confessed with one voice down through history that the Bible is infallible. We believe and confess that when the Apostle Paul declares in 1Timothy 3:16 “all Scripture is inspired by God,” this is an inspired statement made to us by God Himself that His Word is without mistake or error. This is necessarily God’s inspired meaning through the Apostle Paul, making His categorical declaration that all Scripture is “God-breathed”—the literal translation of the Greek word1 rendered above, “inspired.” Thus to this day the “plenary verbal inspiration of Scripture” is the settled expression of any orthodox confession of the Church’s doctrine of the authority and inspiration of Scripture. “Plenary verbal” which is to say “every last word.”

Now though, there have arisen among us a growing number of men who deny “God-breathed” requires God’s actual Words be used in their Bible versions. Among conservative scholars formally signed on to statements of faith that require their affirmation of “inerrancy” as a term of their employment, it has become acceptable to claim God’s Words themselves need not be translated into English because it is not the words He inspired, but the meaning behind His words.2 These men don’t tell anyone they’ve changed their doctrinal commitment concerning the authority and inspiration of Scripture. They’re still signed on to “inerrancy” formally, since the institutions and publishers who pay them require it, but examine their work and their departure from the church’s historic doctrine of the inspiration of Scripture becomes painfully obvious.

These men from among our own number have removed and replaced thousands of God’s words and phrases that violate the present (but ever-changing) rules of political correctness. They’ve deleted from their modern Bible products/versions Hebrew and Greek words inspired by God because those words make them squirm in discomfort. They are ashamed of Words of God and think nothing of deleting or replacing them with words that don’t embarrass them—words that will go down easier with the people who buy their new Bible versions.

These men have done it now in their NASB20 just as they’d previously done it in their NIV and ESV (as well as all the lesser-known Bible products released over the course of the past forty years). Ten years ago in Daddy Tried, I produced this table showing how Bible scholars and their publishers have spent the past forty years removing the word “father” and its cognates from Scripture:

Likely most readers would expect this of Bible products like the NIV and The Message. We remember the NIV was ground zero of the battle over the neutering of Bibles some of us waged twenty-five years ago, so who’s surprised at its deletion of “father” words?

To say the ESV and NASB20 are better, though, is not much of a commendation when these Bibles have been produced by men and their publishers who also have given in to PC censorship. Thus today, choosing among the Bible versions being marketed has become a matter of finding the lesser evil. The ESV and NASB20 only retain some degree of trust because, as the saying goes, “In the land of the blind, the one-eyed man is king.”

There are web pages documenting the ESV’s many departures from God’s Words, but here are some of the more egregious:

Indicative of the growing hostility today to the male of the species and the desire of Bible scholars and publishers to placate that hostility, the words “man” and “men” are used in the ESV 496 times fewer than they’re used in the NASB95 and 924 times fewer than they’re used in the KJV. Only simpletons could fail to understand what’s going on here. The scholars possessing the terminal degree would multiply arguments and words justifying their removal of “man” and “men,” but even they know full well what’s going on because they’re the ones doing it. They want it themselves and they know mtheir customers want it, too.

Of course, when they delete and replace words God inspired, they never admit they’ve deleted and replaced words God inspired. The ad copy they write for their present and prospective customers is always the same: “Our Bible is absolutely and certainly and completely accurate.” “Accuracy is what we are and always have been about.” “We have no higher commitment than accuracy!”

These scholars and their Bible publishers say the same things:

Our Bible is absolutely and certainly and completely faithful to the original Hebrew, Aramaic, and Greek words. Trust us. We believe in giving our readers the very words God inspired. We would never ever do otherwise, and that’s why you can trust us. That’s why you should buy our new Bible translation which is, we remind you once more, completely accurate and completely faithful to the literal Greek and Hebrew words, the very words inspired by God.

Take, for instance, the ad copy for the recent NASB20:

[The purpose of our NASB20 is] to increase accuracy… The result is an accurate translation… Accuracy will always and forever be the unmovable cornerstone of our translation philosophy. (Our Bible is) accurate… [Our] translation approach… is accurate and precise.

The NASB has been produced with the conviction that the words of Scripture, as originally penned in the Hebrew, Aramaic, and Greek, are inspired by God. Therefore every word must be accurate and precise… these words are the living and eternal Word of God… We firmly believe the NASB provides an accurate and precise English translation… The NASB was translated with accuracy and precision to ensure every reader is experiencing an incredibly accurate translation from the original languages.

[In our NASB, we] accurately translate the inspired Word of God from the Hebrew, Aramaic, and Greek texts into modern English… enabl[ing] the reader to study Scripture in its most literal format

[T]the literalness of the original manuscripts is not sacrificed. (emphasis added)

From Bibles such as the New International Version and English Standard Version released the past couple of decades to the New American Standard Bible (2020) and most recent Legacy Standard Bible (2021) released in the past two years, all these Bibles have the same ad copy claiming the same highest view of Scripture and the same highest accuracy. But remember Emerson’s dictum, “The louder he talked of his honor, the faster we counted our spoons.” How do they justify their claims that their highest commitment is to the original Hebrew and Greek words inspired by God? Have Bible scholars exchanged some secret handshake and taken some secret oath of submission to the club of deconstructionists holed up in higher ed’s English lit and philosophy departments? 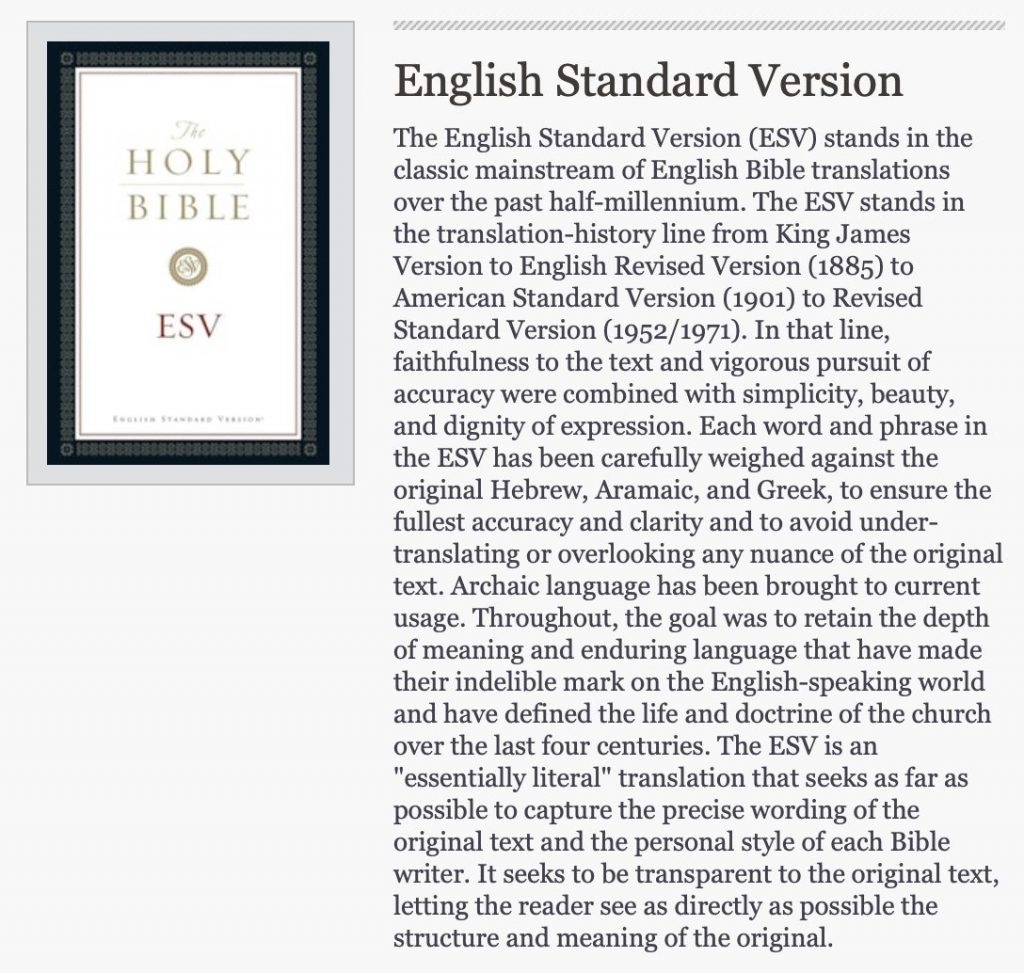 But more importantly, why does the Church not demonstrate any ability to expose and oppose the lies of higher education infiltrating Her Own faith and practice? Why does the Church continue pouring money in the coffers of these men and their publishers, refusing to say a simple “no” to their PC deconstructions of Scripture?

So Scripture is in the hands now of insecure men scurrying about trying to clean up after God and His Apostles. And yes, most certainly, this work requires that we separate God’s words from God’s meanings, thereby also separating the God-breathededness and man-breathedness of Scripture.

The name God gave our race has an explicit, easily recognizable semantic meaning component that is male, and that is what all of us now gag, silence, delete, forget, and refuse to teach our children. In other words, these men who dare to remove God’s Words from His Word only do so to appease and please us, their customers.

After all, we’ve been doing so ourselves for decades, now—and requiring it of our preachers and teachers, also. So I guess it would be accurate to say we have the Bibles we want. The Bibles we have demanded our Sorbonnists2 produce for us. The Bibles we want our publishers to keep printing and selling us.