Why Christians should leave proclaiming the Gospel to their heroes 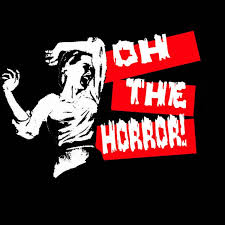 A brother looked to by reformedish people for wisdom in how to live and think in our pagan culture just sent his supporters his Christmas letter with three points.

Dad used to say there were only three articles in the Reader’s Digest:

The first and major part of his letter was a well-documented enumeration of all the horrors of our cultural degeneracy sure to inspire disgust in the hearts of conservative supporters. Finishing it, we were relieved to know there was someone just as disgusted out there as we are. What a relief that he is educated and articulate!

The third (ending) part of his letter was “Oh, the wonder of it!” You can’t leave the congregation with bad news. He ended his letter by announcing Christmas is here and isn’t it wonderful everyone is celebrating it!

So what was the middle of the letter?

Short and sweet, he gave a few helpful pointers for constituents feeling some need to take the Gospel into our sexually debauched world he’d just described so thoroughly.

What’s wrong with this?

Start with the obvious. It’s a gospel message that is utterly unobjectionable.

But when across Scripture and Church history have any Gospel proclamations been unobjectionable? Noah before the flood? Moses at the end of Deuteronomy? Nathan when he preached to King David? Isaiah whose Gospel message the Apostle Paul tells us was “very bold.” Amos? Hosea? Malachi? John the Baptist? Jesus? The Apostle Peter on the Day of Pentecost? The Apostle Paul to the Areopagus? The Apostle John to the Seven Churches? Cyprian? Augustine? Peter Waldo? Martin Luther preaching in St. Mary’s? John Calvin? John Knox? George Whitefield? Billy Graham? Bill Hybels? Rick Warren? Tim Keller? Andy Stanley?

Uh, wait a second. I think I went off-track there. Backup. Maybe something’s happened to our Gospel preaching recently.

There’s no enemy. Never any enemy.

But yeah, there certainly is evil, although no one’s ever responsible for it.

“Gay” is an “ideology,” but never any specific man. Gay is an evil out there, but without flesh and bones. Without names and personal sin. Just words.

Those wicked, awful, destructive “ideologies” take men captive and we all see and agree about the horrors those ideologies have caused in the lives of our loved ones and neighbors. But make sure you reserve your anger and indignation for the ideologies—not any man or woman. Wicked ideologies taking souls captive and sending them to Hell are spontaneous combustions. No one is responsible for them. No one is wicked. No one is a false shepherd. Certainly no one in the Church caused any of it. Certainly I’m not responsible for it through the way I present my morality plays each month, then tell my readers to cool it and just love all the victims of this horrible, no-good, very bad ideology.

He’d done such a good job describing the wickedness of that horrible gay ideology that he needed to dampen down the anger his long first section naturally aroused. He needed to remove any possibility of readers taking the horror seriously and preaching God’s “no” to anyone in particular. Preaching sin and judgement with authority was what Jesus did, but we’re not Jesus. Don’t you ever forget that.

So, for starters, no “emotionalism.”

Next, no “moralism.” Meaning no Westminsterian exposition of the Seventh Commandment trusting it to serve as the schoolmaster leading souls to the Gospel of repentance and faith in Jesus Christ.

No “moralism.” Doesn’t that say it all about the impotence of the preaching of the conservative Protestant church in the Western World today?

Then, following the condemnation of “moralism,” he condemns “hatred” and “bigotry.” Let the reader understand the close association of these three boogeymen. It is the man who preaches the moralism of the Seventh Commandment, calling for the repentance of the souls committed to the LGBTQ perversions, who must be warned against “hatred” and “bigotry.” That’s why he does it. The moralizing naturally issues from his constituents’ hatred and bigotry. Moralism always is birthed by hate and bigotry.

Do any of us miss where all this stuff is headed?

There is to be “no contempt for gay individuals.”

Whew! Glad he said that because his supporters tend to be contemptuous of gay individuals, so they need his warning.

The “homosexual” and “trans-person deserves respect and love.”

Whew, glad he reminded his supporters to love and respect homosexuals and trans-persons because they tend to diss and hate those types of people.

Remember that the “homosexual” and “trans-person” is “a unique and complex fellow human being.”

Whew, so glad he said this! His readers do tend to be rigid and simplistic in their moralistic condemnations of others’ behaviors. They treat them like animals, not fellow human beings. Maybe his warning will help them begin to think deeply about sinners. Maybe he can get them to have some empathy.

“Tainted” is such a great word for how I feel about myself. Not dead. Just tainted.

You know, I’ve been learning this lately. Really, all of us are victims now, so it stands to reason LGBTQers are victims, too. But who did it to them?

You see, once again the enemy is elder brothers who, being “misguided,” has given himself to “heartless, dismissive expressions of judgment” thrown in the faces of LGBTQers.

Oh my, the misguided heartless judgmentalism of other believers! Not the writer, you understand. Just the people you and he go to church and worship with.

Wouldn’t the world be a better place if we could take all the elder brothers filling churches today, and ban them to desert islands? Look at the endless cleanup good Christians like us have to do with unbelievers who have been alienated from Jesus by heartless, dismissive, judgmental believers.

But be careful. We must not love them by preaching the Seventh Commandment, Leviticus, Romans 1, 1Corinthians, and 1Timothy. We must not call them to repentance. That would be moralism. Heartless judgmentalism.

His final two warnings are a tell:

The church is in danger of losing our children. They’re leaving in “droves!”

Listen up! We must not alienate our kids by being judgmental. Rather, we must be holistic. We must do our ontological explications of Biblical sexuality.

The humble man thinks to himself, “Ontological? That’s deep. That’s above my pay grade. I’ll leave it to this man who declares this need. He’s educated. He’s articulate. He knows what ‘ontological’ means. Actually, I’m so relieved for him to do the work because he’s articulate and I know he’s on our side. I’ll just sit by and await his deep ontological explication of what the Bible says about sexuality.”

So the job is finished. No reader in his right mind will try to say anything at all. Given all the dangers he’s warned them against, his supporters will leave the minefield alone. They’ll be happy to send his excellency money to continue his good work.

Who wants to run the risk of being a moralist, a hater, a bigot?

We may be inclined to welcome such letters, but do the letter’s warnings bear any resemblance to what we read in Scripture? Does Scripture leave us in a paralysis of self-doubt? Does it intimidate us so that we leave Christian confession and Gospel proclamation to experts schooled in the nuances of holism and ontology?

Let us trust in the power of the Holy Spirit to work through simpletons like us. Let us call men and women to repentance and faith through our simple and direct proclamation of the Seventh Commandment. Also the New Testament’s texts which build on it. Also the kindness of God which leads us to repentance. Also the substitutionary atonement of Jesus Christ which washes the foulest clean. We were washed from our sins. You be washed, also!

Never shall we neglect the warnings of Scripture, though: