When submission is perfectly right and good and true 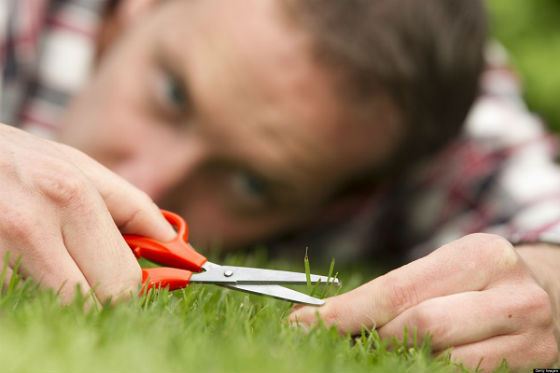 Over on Sanityville, an elder was describing a discussion he had with a young man who believed he was, as a Christian, duty-bound to resist any command of the civil authority which Scripture did not explicitly state to be within civil authority’s sphere of governance. In the course of describing his discussion with this young man, the elders asked the Sanityville community, “Obviously, the civil magistrate does not have authority to command people to sin, but is there any limit short of that?”

To which I responded concerning the “not have authority to command people to sin” part:

Not sure about this. On the one hand, we have Daniel asking “permission not to defile himself” and the Apostles refusing to be gagged preaching the Gospel. “We must obey God rather than man” is the mother loadstone of this side of the truth. On the other hand, we have Naaman asking, “In this matter may the LORD pardon your servant: when my master goes into the house of Rimmon to worship there, and he leans on my hand and I bow myself in the house of Rimmon, when I bow myself in the house of Rimmon, the LORD pardon your servant in this matter.” This is only the explicit one, but we can extrapolate many such conflicts of conscience in the service of any number of men in the courts of their king.

Yes, there are notable examples of their faith leading them to disobey their civil authorities. Still, it’s quite a distance from keeping our habit of praying in the window for all the world to see (Daniel) to never sinning in any slightest way because of our submission to our king. And this not only with pagan kings, but also the kings of Israel and Judah. Do we really think Joseph never sinned as a function of obeying Pharaoh? Vice President Pence in obeying President Trump? Mrs. Pence in obeying Mr. Pence?

There’s where I keep asking the belligerators to focus their attention. Are they really capable of thinking or saying that their wife should never allow herself to sin due to her honoring the authority of her husband? Then the opposite: do we really think we should teach our daughters never to follow their husband’s wishes or commands if doing so would cause them to sin—or to participate in his sin? I mean, really?

Say he has high blood pressure and asks his dear wife to keep salt on the dinner table? Say he asks her to go on a walk with him Saturday evening when he needs to finish writing his sermon, and it’s become a habit for him to put it off until early Sunday morning?

Say she has promised to help clean the house of a new mother coming home from the hospital tomorrow, and she is scheduled to meet those women at the new mom’s house at 4:30 that afternoon. Then, at the last minute, her dear husband (who tends to do these things) calls her and says he would like to go to their son’s soccer game. He is able to get off work early after all, and he wants her to come with him. But of course, she herself in her own personhood and commitments, knowing full well how the others are depending on her keeping her word (and she most certainly is a woman known for always and in every way keeping her word) tells him “no,” explaining it would be sin for her to do as he asks.

But who knows? Maybe her husband understands because he refuses to use the interstate highway system given that it’s a clear violation of the Tenth Amendment and he absolutely will not participate in any slightest way with the unconstitutional federal government, even to the point of benefitting in any tiniest part in its illegal and immoral and unethical lawlessness.

Of course He is, and yet how and when and why, particularly in relationship to our authorities/subordinates?

Once had a subordinate who kept a notepad on which each day he carefully wrote down each smallest task of the day he was to accomplish, drawing a check-box next to each item out in the margin of the page. Then, meticulously, he checked boxes all day. He came right at the stroke of nine and left every single day precisely at the stroke of five. But you know what? Despite doing precisely what he was asked and coming and leaving precisely when he was supposed to, we felt the lack of his commitment and initiative. He was busying himself fulfilling his strict obligations, and thus left unfulfilled our needs and desires.

Years ago, had a friend who was a fellow presbyterian pastor in the same presbytery whose wife was baptist and would get up and stalk out of the sanctuary, showing her great superiority in matters Biblical and theological, each time her husband started the liturgy for a infant baptism. She didn’t allow her husband to force her to participate in sin. Oh no! Certainly not!

Such high principles, except that she was a censorious shrew who, in time, utterly destroyed her home. But she herself prided herself in being a belligerator who demonstrated for all to see what were the limits of proper authority under the clear commands of Scripture. Oh yes.

When men disrespect civil authority, you can bet a couple things. First, they are often bad husbands and fathers, whether that failure is passivity or being overbearing. Second, they are often bad at honoring and submitting to their elders, also. Third (and almost always), they aren’t nearly as speckless in their relationship to their boss at work as they are to the civil authority or their elders, and this because they love security and money, and they’re fully aware of the ever-present possibility that their boss will fire them.

One final thing: it wouldn’t be so awful that these men are in bondage to their own perfect knowledge and understanding if they just kept quiet and didn’t try to condemn fellow Christians on the basis of their own perfect knowledge and understanding, giving themselves to schism. Their disrespect for, and rebellion against, civil authority is bad enough, but add in their demand that every Christian submit to them in their judgments makes them intolerable.

Now maybe this young man is not of that sort. Maybe he is perfectly willing to keep his private judgments private, but if so, he is unlike his heroes and almost any other of their acolytes.

It might be helpful to ask him if he thinks it’s sin for other Christians to obey the civil and public health authorities where they overstep their proper bounds of authority, Biblically and constitutionally? Press him to say he does not think it’s sin for others to do what he’s decided is sin, and I’m guessing he will hem and haw and, in the end, not be able to leave others’ consciences free of his own judgments. He’ll keep wanting to say it’s sin for others to submit to what he deems unlawful exercise of civil authority, but he’ll know you’re laying a trap and do his best to hem and haw his way out of it.

Which he better do because what right does he have to judge a fellow Christian in these matters? Has God given him authority over fellow believers, particularly given that he’s no church officer? Is he not violating his proper bounds of authority? Is he not binding other men’s consciences? Does he not know that other men and women answer to their own master, and not to him? Etc.

All for now. Love,