Churchmen possessed by political certainty: lessons from history (I) 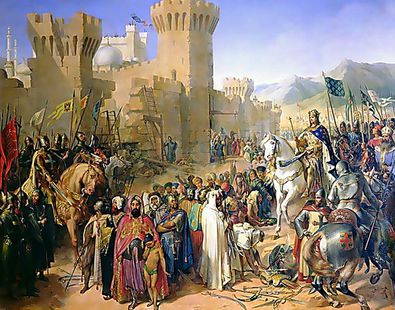 (First in a series.) A couple days ago, Mary Lee and I were being hosted for the day by a farmer in Tuscany. He’d grown up in the nearby village, but at age eleven his parents sent him off to a Swiss boarding school. In time he’d travelled the world, then taken a job in New York City in the fashion industry. He rode the wave of programming the new circular knitting machines allowing the first seamless fabrics used in lingerie and sportswear, so soon he’d made enough to leave fashion and go back home where, seventeen years ago, he bought ninety acres on a hilltop above his village and became a farmer, like his grandfather.

He and his wife planted 400 cypress trees along the road up to their farm. In the years before marriage, he had planted an olive grove and vineyards so that, now, they have three vineyards, two present wines (and waiting on a third), and some small batches of true virgin olive oil. 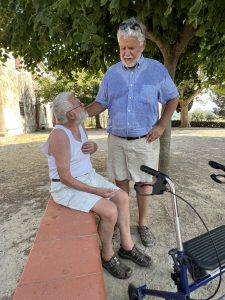 After lunch, Mary Lee and I joined him in his daily walk to visit the local parish priest. We walked a mile or so on a narrow gravel road dating back 2,000 years to the Roman Empire. The eighty-nine-year-old priest has served the parish many decades and nine years ago baptized his eldest son. The priest was sitting outside on a rock wall under trees, enjoying the breeze. After Mary Lee and I looked inside the church and were introduced to the priest, we prayed with him and started home.

On our walk to the church, our host had been explaining the politics and economics of Tuscany. It involved a fair bit of history, and on our way back, the conversation continued into an explanation of the disinterest in (“the church”) among Tuscany men. Attributing it to the failure of Rome to stand against Hitler during the Second World War, he said rural Tuscany men sat outside the churches during Mass, discussing their grapes and olives while the women were inside with the priest. As the talk went on, at one point I asked my host if he knew who Aleksandr Solzhenitsyn was?

A well-educated, cosmopolitan man, I found him like most of his generation: they know not Solzhenitsyn.

Explaining Solzhenitsyn was one of four men who had the largest responsibility for bringing down the Iron Curtain, when I put Solzhenitsyn in line with Lech Walesa, Ronald Reagan, and John Paul II, a light seemed to dawn. Yet it wasn’t until I mentioned Solzhenitsyn had written One Day in the Life of Ivan Denisovich that he allowed that he recognized the name.

As in Europe, back in the States I find men forty and under have learned little about Communism and those most evil men of the past century who dwarf the wickedness and bloodlust of Adolf Hitler: Russia’s Joseph Stalin and China’s Chairman Mao. In connection with the present incessant talk of tyranny by young men who were politically teething on mask protests a couple years ago, it’s apparent history is not their long suite. They know a little about America’s founding fathers and American political development, but almost nothing outside the English context, and even that context going back only a couple centuries. Speak about the internecine horrors Cromwell had to deal with during the English Civil War(s), and their eyes glass over. They respond something on the order of “Cromwell’s a hero, isn’t he? Wasn’t John Owen his chaplain?”

Well yes, but what did Cromwell contend with and how far did he get? How successful was he pacifying all the sectarian conspiracies, armies, and battles between congregationalists, presbyterians, and established church men—all baptized Trinitarian Christians? How often was he thrown out and how often did they come back to him, requesting his leadership again? When did the people give up on reform and put their king back on the throne?

Eyes glass over again, and they mutter into their beards about how great the Puritans were; and that whereas the Puritans largely failed in their attempts at governing over there in England, we here in America succeeded; but now the barbarians are ruining everything and “Down with tyranny!” they yell, storming the county courthouse. 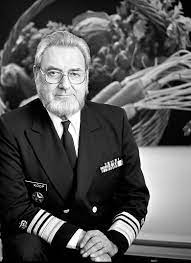 Dr. Koop’s main responses were hawking condoms and sex education in schools, even down to third grade children. A godly man and longtime elder of Philly’s Tenth Presbyterian Church (under Jim Boice), I got woke concerning what sort of civil authorities self-assured, conservative reformed church officers would make. It wasn’t long before many of us wished Dr. Koop was not such a vivid illustration of the Peter Principle, but had remained in his calling where he had excelled as the world’s preeminent pediatric surgeon at Children’s Memorial Hospital in Philadelphia.

One of the more scathing pieces I’ve read in my lifetime was Bernard Nathanson’s review of Koop’s autobiography, Koop: The Memoirs of America’s Family Doctor. Preciously titled “Koop de Grâce,” Nathanson’s first paragraph of the piece is quite pertinent to pastors building their base who hanker after political influence:

What baleful things may befall a rugged, plain-spoken, life-affirming man when he ventures into that great bourne called The Beltway—that is the (probably unintended) theme of the autobiography of Charles Everett Koop, M.D., former Surgeon-General of the U.S. The malignant drugs pressed upon the great-hearted doctor were the familiar irresistible ones: the trappings of authority, the seductive illusion of puissance, the orbital proximity to the political Sun. The landscape of The Beltway is littered with the bleached bones of other voyagers: Brigadier-General Wallace A. Graham (White House physician to President Harry Truman), Sherman Adams, more recently Governor John Sununu—all decent men drawn like Odysseus’ sailors by the hypnotic spell of the bitch-goddess Power, to be turned into swine for their trouble.

Remembering that Koop stood firmly against abortion before being confirmed as Surgeon General, barnstorming the country with Francis Schaeffer at his side, giving lectures and showing their movie series, “Whatever Happened to the Human Race,” it’s stunning to read how far he fell once he was ensconced inside the Beltway, presiding ensuited in the Great Halls of Civil Authority. Nathanson brutal assessment is fully justified in this regard, pointedly bringing his review of Koop’s autobiography to its conclusion:

[Koop] concludes his discussion of the abortion issue with this perplexing proposal: if the pro-life forces had accepted a compromise position allowing for abortion in the case of a defective baby (this from a preeminent pediatric surgeon), rape, incest, or to save the life of the mother, he is certain that abortion advocates would have jumped to agree and the million or so annual toll of aborted babies would have been avoided.

What can the doctor be thinking? As a founding member of NARAL, I can assure him that abortion advocates then and now would settle for nothing less than everything. With all due respect, the Admiral is all at sea on that one.

Koop should have been a lesson in humility to Reformed and Presbyterian men convinced of their superior understanding of the purposes and uses of civil authority in America at the end of the twentieth and here during the first quarter of the twenty-first centuries. But not at all. In this post-Covid context of our churches and ecclesiastical associations, there is hardly a modicum of self-critical capacity on any side. If the masked are certain of their high moral principles and understanding of the proper uses of the law, the unmasked are even more so.

Today, when men who are church officers try to make themselves players on the political front, calling for their disciples to make the government into something halfway libertarian, halfway just, halfway Biblical or enlightened or theonomist or millenarian, their naïveté is embarrassing, though they have no shortage of fanboys.

Consider the histories of Constantine, Calvin, Knox, Cromwell, Jerry Falwell, and Surgeon General C. Everett Koop: what a mishmash they presided over. But even if one were to take Calvin as the best, what an 0n-again, off-again, on-again record of good, bad, and ugly was that warfare between he and his fellow Geneva church fathers and the city fathers who tormented them. Likely Calvin’s Geneva is the best we’ve done since the Reformation, but after many conversations online and in person with starry-eyed restorationists preaching the merits of originalist interpretations and applications of our own American exceptionalism, it’s my persistent judgment they have very little knowledge of the compromises governance has never escaped.

Take our Lord’s statement “because of your hardness of heart he wrote this commandment.” for instance. One wonders if our present belligerators might not have rebuked Moses himself.

Church authorities telling civil authorities what to do and how to do it seem to approach civil polity as if it were ecclesiastical polity. They forget politics is the art of the possible.