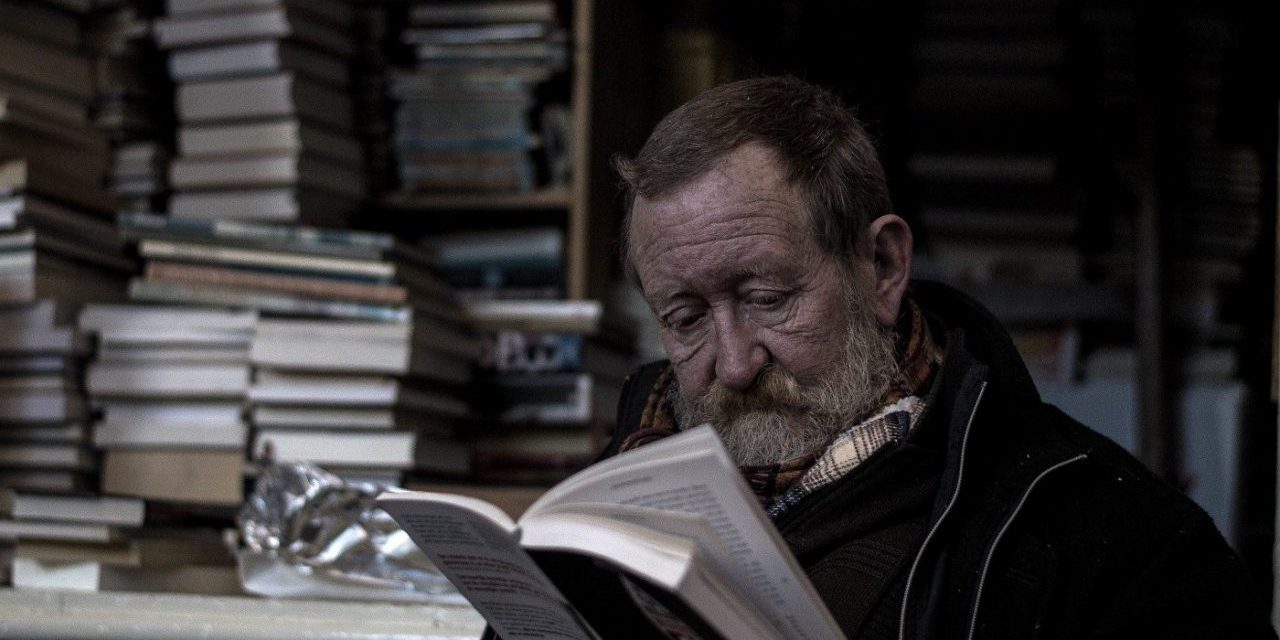 Christians will not survive the onslaught of the pagan hordes without reading books, starting with The Book. Maybe it’s sufficient to listen to others reading the book, but reading it yourself is better.

This past week I read a large portion of Aleksander Solzhenitsyn’s first volume of The Gulag Archipelago to the other pastors in our pastors meeting and one of the pastors, after listening, said “I wish I had read that book instead of just listening to the audiobook.”

Think about that. I read it, then read it out loud to another man who had just listened to it, and the end result of his listening to me read something to him which someone else had already read to him is that he says he wishes he had read it instead of just listening to it. Weird, isn’t it?

The question is why listening to me read it a second time caused him to wish he’d read it himself in the first place?

Didn’t ask him, but I’m thinking it was because he didn’t remember the section I just read to him and he thought it weighty and worthwhile. He wondered why he didn’t remember it and wondered if it wasn’t memorable to me because I’d read it, rather than just listened to it?

Books are better than a guy just talking mostly off the top of his head because books are carefully ordered. They are costly for the author to produce, timewise, and you get what the author has paid for in time; in consideration and preparation and putting it all down and editing it and responding to the editors editing of it.

Books are also better than a guy just talking off the top of his head because books cling to you and order your thoughts in a direction for an extended period of time. Some things are only worth carrying your attention for an hour or two. Think US Men’s Soccer and your favorite podcasting pundit.

But concerning the doctrine of justification and the practice of fatherhood and the nature of the eldership and the history of Joseph Stalin’s Reign of Terror, it takes a book, and often a long one. Punditry podcasts can give you a pleasant drive and interesting details and arguments you can use at work and school, but in the end, punditry podcasts (which is almost all there are) are ephemeral because they exist to encourage you that you’re right and “they’re” wrong, doing so in a sort of flattering way.

Someone just sent me a link to a podcast this morning that’s popular among conservative reformed baptistic brothers. It was the good sort of punditry. You could think of it as teaching you how to think about current affairs, but immediately this podcast put me ill at ease. Why?

It was “they” who were wrong and “we” who were right. The podcaster did what preachers and podcasters always do today, which is to expose the enemy out there, and never in here. In other words, our pastors and teachers reinforce the notion that those listening to them are the victims and the people not listening to them are the perps. Intellectually. Doctrinally. Sometimes Biblically. But incessantly culturally and politically.

Books can be guilty of this, too, but that’s why we must choose our books carefully. We don’t read books to be flattered. We read them to be turned upside down and changed. Starting with the Bible. But not stopping there.

If you can’t bring yourself to read, by all means listen to books. Don’t waste all your time on podcasts. They’re cheap like cotton candy, especially the punditry ones making observations and complaining about people out there who do it and think it and tell it wrong without addressing you and calling you to repent and believe God’s Word and truth.

The one thing I hope Warhorn is faithful in with all our writing and podcasting and books is helping those who entrust us with their valuable time and attention to grow, becoming more sanctified themselves. We never want those reading or listening to leave us merely thinking about how screwed up everyone else is.

This is never what God’s words and servants do. Judgment begins personally and locally; judgment begins in the house of God with the Word of God.

We have always been the people of the book because our God is the God Who speaks to His people using His Own very words:

And afterward [Joshua] read all the words of the law, the blessing and the curse, according to all that is written in the book of the law. There was not a word of all that Moses commanded which Joshua did not read before all the assembly of Israel, and the women, and the little ones, and the sojourners who lived among them. (Joshua 8:34-35)

NOTE: For more on the work of reform in the church of the early twenty-first century, pick up a copy of our book, Church Reformed, available on Amazon.