Brian Houston and the church’s heroes 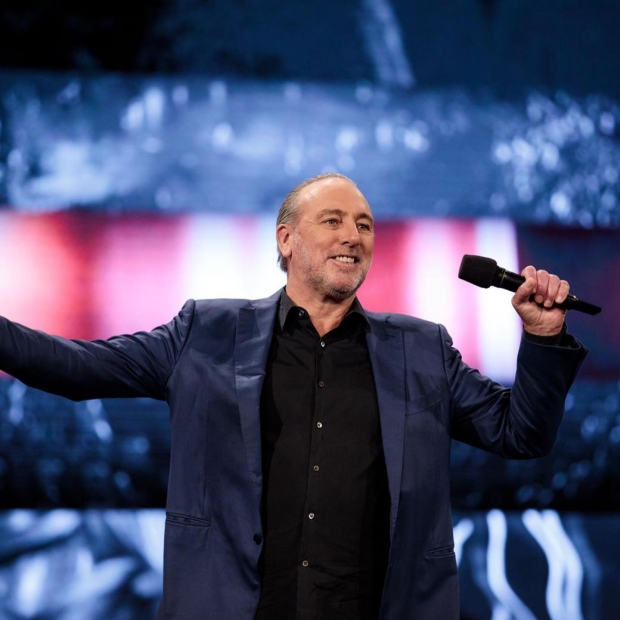 With age comes wisdom, it’s thought, and so maybe I’m right to feel some pity for men like Josh Harris, Doug Phillips, Bill Hybels, Tim Keller, Mark Driscoll, C. J. Mahaney, Bill Gothard, John MacArthur, and James MacDonald, all of whom have spent years basking in the adulation of hundreds of thousands of Christians.

Another one, Brian Houston, was just given the treatment by the New York Times, yesterday. The article’s headline ran, “Hillsong, Once a Leader of Christian Cool, Loses Footing in America,” and it began:

Amid a series of crises, including the resignation of its leader, the evangelical powerhouse has shed more than half its American churches in just a few weeks.

Anyone reading the list above has one or two of those men they think should be pulled from the list. We want to limit scandal to sex, and not include greed, lies, and pride. But Scripture treats doctrinal error, greed, and pride every bit as seriously as fornication, sodomy, and adultery.

Furthermore, no one can deny these men have spent years eating their fill at Churchdom’s feeding trough.

Chuck Colson was Nixon’s “hatchet-man” during Watergate and went to prison for his crimes. At the time of his trial and conviction he confessed Christ, then wrote the moving autobiographical account of his conversion, Born Again.

So when he was released from prison, the conservative church (then called “Evangelicalism”) loved him and had a wonderful plan for his life. Yet, as he told it years later, he chose not to take Wheaton’s path of fame and fortune. He said allowing Christians to give him their hero treatment would have ruined him.

I sat there in Wheaton’s Edman Chapel listening and knew from my family origins and history how right he was. The church ruins her heros.

The thing each of the men above shares is the church’s special treatment. They’ve all been cultivated by the church’s kingmakers and made a massive haul from it in exploding power, wealth, and fame. But watching over the course of many years, I have pitied them. Each of them have suffered at the church’s hands and now are a shadow of their former gifts and selves.

Of course harrumphs and catcalls are erupting from the peanut gallery, now: “But that’s exactly what these men wanted! The church didn’t make them heroes. They made themselves heroes!”

Are you sure? Were you there and did you watch them those first years as they were promoted? Do you think if you had been promoted so quickly, as they were, you could have resisted the temptations of pride and ambition they succumbed to?

As I’ve aged, one thing has become more clear to me.

The church and her people bear a very large part of the responsibility for these men, and their failures. The church paid them handsomely. The church gave them book contracts and put them on the bestseller lists. The church told them how stupendous they were. The church didn’t wait to lay garlands on their tombs after they died, but did it while they were still alive and kicking—a sure sign they weren’t prophets.

The church chartered jets for them. The church built them cathedrals of glass and put them on stages oozing smoke. The church bathed them in rock star lighting and had their graven images projected on huge screens mounted just up there above them to the right and left.

They church worshipped them as gods, and did anyone really have any reason to be surprised when they grew into their role?

So what is the lesson?

There are several, but here’s the major one. The church never honors her faithful shepherds. This you can depend upon. If you just love Aaron there building the golden calf, it’s probably because you told him to build you that golden calf and poured your gold jewelry on top of him for raw materials to aid in its construction.

You love Aaron because he obeys you. His gift is knowing and following the sinful desires of his congregation’s heart.

Everyone wants to blame pastors for scratching their people’s itching ears, but I think it’s time to blame the ears themselves. Note what the Apostle Paul actually says:

For the time is coming when people will not endure sound teaching, but having itching ears they will accumulate for themselves teachers to suit their own likings, and will turn away from listening to the truth and wander into myths. (2Timothy 4:3-4)

Right here, I hear listeners protesting, “But no, it’s precisely because Mark Driscoll, Ravi Zacharias, Tim Keller, and Al Mohler refused to scratch itching ears that I paid them all that money and bought their books and went to their conferences and shoot their wise sayings out over my social media.”

Okay then, have it your way. But I’m telling you, Moses wasn’t anyone’s hero until after he died. Same with the Apostle Paul. You should doubt yourself and all the others who share with you your certain preference for heroes. Democracy might be the best method of government, but if so, it’s certainly not because the people are always right.

It’s the masses who make heroes, and right now the masses of Christians are vomiting our great men, doing so on the pages of the New York Times. Take a lesson.

The church has never needed heroes. She just needs humble, smelly shepherds who take it personally when wolves come after their sheep. Not because it’s their flock, but because those sheep were bought with the precious blood of God’s Own Lamb.

NOTE: For more on the work of sort of men who should be our elders and pastors, the sort of men we should seek to shepherd us and our children, pick up a copy of our book, Elders Reformed, available on Amazon.