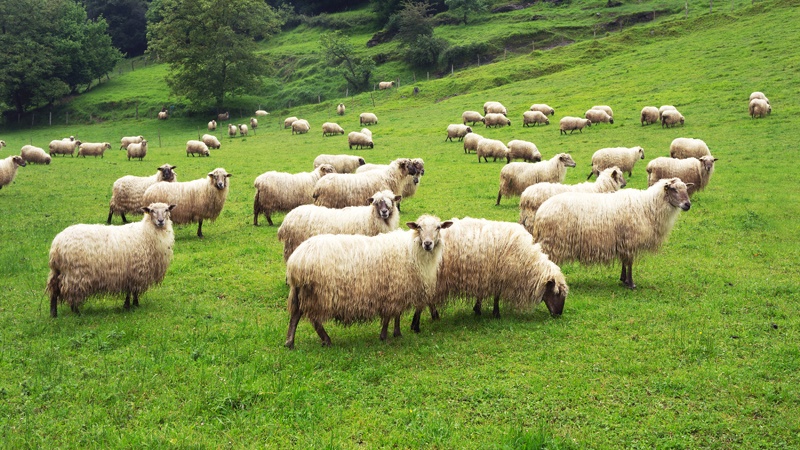 I recently shared, on Facebook, your article about the bad state of Presbyterianism in Indiana. A friend of mine, whom I believe is a member of (one of the churches that were the subject of your article), objected to several statements in the article about (her church). …I’m interested to hear any responses you may have…

After responding to the questions, I asked the brother for permission to post the exchange, and kindly received it. Here then are the questions about my earlier article, with my responses:

1. The article insinuates that the pastor was the sexual abuser. This is not true. The abuser was a (young) minor.

“Insinuates” is impossible to disprove. Being her main complaint listed below, it hampers any effort to respond. Give me words that are false so I can defend them. She does in a couple places below, but in the main it’s not words but insinuations she complains about.

Anyhow, it would have been impossible to write the article in such a way as to avoid much specificity without doing as I did, leaving much of the nature of the sins and who committed them somewhat ambiguous. This was my intent.

What I did say over and over was that there was a pastor who was accused of sexual abuse and another pastor who covered up sexual abuse by his relative. Both statements are true.

2. The article seems to say that proper authorities (DCS) were not involved. This is not true. DCS was involved early on and the session and the family cooperated with DCS.

The article does not “seem to say” proper authorities were not involved. The article says the abuse was covered up by the pastor. He delayed reporting the sexual abuse of children by his relative to the proper authorities. This is the coverup. DCS was not involved “early,” but “late.” Months later than the abuse was known by the pastor. This is inexcusable, morally. It put other children of the congregation at risk and delayed them healing ministry. For months. It delayed parents providing their children help. For months. Years later, months may look like nothing to some, but having some experience in such things, I can say with authority that months of coverup are destructive, spiritually. On many levels.

3. The article insinuates the pastor created an environment where he could not be questioned. This is not true, though because of how much he is admired and respected, the session did confess and repent of not holding him to as much accountability as (they) ought.

Which is precisely what I indicated. The pastor wasn’t properly questioned by his session, which they admit. The pastor is the moderator of the session, so the session’s climate of not questioning him is laid to his blame. They themselves confessed it.

4. There was a cover up. Presbytery determined shortly after their investigation began that this was false.

There was a coverup. Presbytery might say this or that action was not a coverup, but presbytery would never categorically deny that there was any coverup of the abuse. If they did make such a categorical statement sometime in the past, they would never reiterate it today. When sexual abuse of children is discovered within a church, a meeting of the congregants must be held to inform them so they can investigate and protect their own children. When the abuse was discovered, this did not happen. This is unconscionable, and we’re only talking here about church requirements—not Indiana legal code.

6. The investigations and proceedings of the presbytery and synod have been objective and just. I don’t believe this is true. The report of Presbytery’s investigation was sloppy and not objective. Some have argued unbiblical in their approach and assumptions. Some elders of other RP churches in Indiana agree.

Of course the congregation has many who condemn the courts of the church which the pastor vowed publicly to honor, obey, and submit to. Like shepherd, like sheep.

7. The pastor’s ecclesiastical trial was just and he was found guilty. I don’t believe this is true. I believe he was presumed guilty before it began, which was why he did not attend. If the purpose of discipline is confession, repentance, and restoration (which I’ve already suggested is happening), then disciplining him is both unjust and evil. The majority of the accusations against him were not specific or clear, which made a path of repentance unclear. It has also not been made known to the congregation that his discipline was for contumacy. This leads me to believe your pastor’s information source is not credible.

Regardless of what this member claims was unclear, one thing is completely clear: after covering up his relative’s sexual abuse, he then defied the authorities he had vowed publicly to submit to. This is why he was defrocked and excommunicated. This is the very definition of contumacy and is the end of many, many ecclesiastical trials.

8. The end of the trial means the situation is over. It is far from over for us. The elders may or may not have their trial next and we expect they will also be found guilty before it begins. Leaders we love and believe ought to be able to worship with us are separated from us. This leaves a wound.

No one has been found guilty before the trials begin. In this first case, the pastor defied the summons and was defrocked and excommunicated, as a result. He couldn’t have been tried and found guilty of defying the court by not appearing in submission to their summons until the trial started and he defied their summons by not showing up. Which he did, and which they then went on to find him guilty of.

Furthermore, it is their job to protect the sheep from false shepherds whether or not the sheep want that protection. That is the nature of the defrocking of a pastor.

9. The article insinuates the system protects everyone, is objective, and cannot be corrupted. This is simply not true. Presbyterianism is not self-executing. Everything we touch is tainted by sin and that includes this process. Does it work for a lot of things? Yes. But it is not all we need in everything. And in such a small denomination, everyone knows everyone and being unbiased is an impossibility. I personally believe the RPCNA needs outside professional help in working through this. They literally don’t know what they’re doing and they’re doubling down. Doubling down when you’re wrong (or at least, not right) always equals hurt. We’re humans and not machines. For every process and procedure, there are people who feel and will be impacted. The accused, the abused, the bystanders all failed to be shepherded well and enough. That hasn’t been considered well along the way here.

The article makes no such insinuation. Just the opposite. The article states, teaches, and repeats that the courts of the church comprised of sinners themselves make errors and commit sins; and yes, precisely as they render judgments and issue sentences. Scripture says “all of us often go wrong.” There is never any authority exercised by any man which is not somehow sometime sinful, itself. God doesn’t command us to submit to our husbands or rulers or pastors or elders because they are not sinful, but simply because He put them into authority over us and we vowed to submit to them. (Or, at least wives used to take this vow.)

Failures are constant in church, yet this simple fact is not to stymy and frustrate the exercise of authority in protection of the sinner who is guilty, the congregation who is being corrupted by the sinner’s leaven, and the Lord Jesus Whose reputation and Name are being blasphemed. Failures are very sad. Failures are hurtful. Failures are to be confessed and healed. But failures are never to be used as justification for rebellion.

10. A limited circle of people have had access to all the information, reports, conversations, and witnessed what has happened. Most people in the RPCNA are not privy to all this information yet are acting as though they did have all the information. This article assumes all that needs to be known is known. That’s just not true. I don’t know who your pastor knows in the RP world (the Bloomington church has been an advocate for us in the last year) but whoever your pastor is talking to doesn’t know what he thinks he knows.

Of course there is a ton of information about each step in this dismal matter which is not known broadly, or not at all. But there is a ton of information which is known, and more than enough for discipline to be called for, and meted out. Again, the pastor covered up the crimes of his “relative.” For months he covered them up, and thus harmed the parents of other children in his congregation, as well as the children themselves.

This fact is incontrovertible, yet your friend can’t seem to see or regret it, let alone agree that rebellion by his or her pastor in the years following is sufficient cause for discipline by the courts of the church. This is incomprehensible to me. Yet we are reminded that the context for this rebellion is a congregation of sheep who seem incapable of seeing any sin in their pastor, even to the point of refusing to acknowledge that stumbling blocks were placed in the path of their little children.

Thank you for listening. I do believe the heart behind what your pastor was getting at was “how do we respond and how do we move forward” but spreading hearsay and saying “if we respond this way, it’ll be fine” is what bothers me.

We have a number of people from our congregation who have been members (and friends) of the church and I have spoken about these things with them. Love,