The shame of Christ’s Church here in Indiana 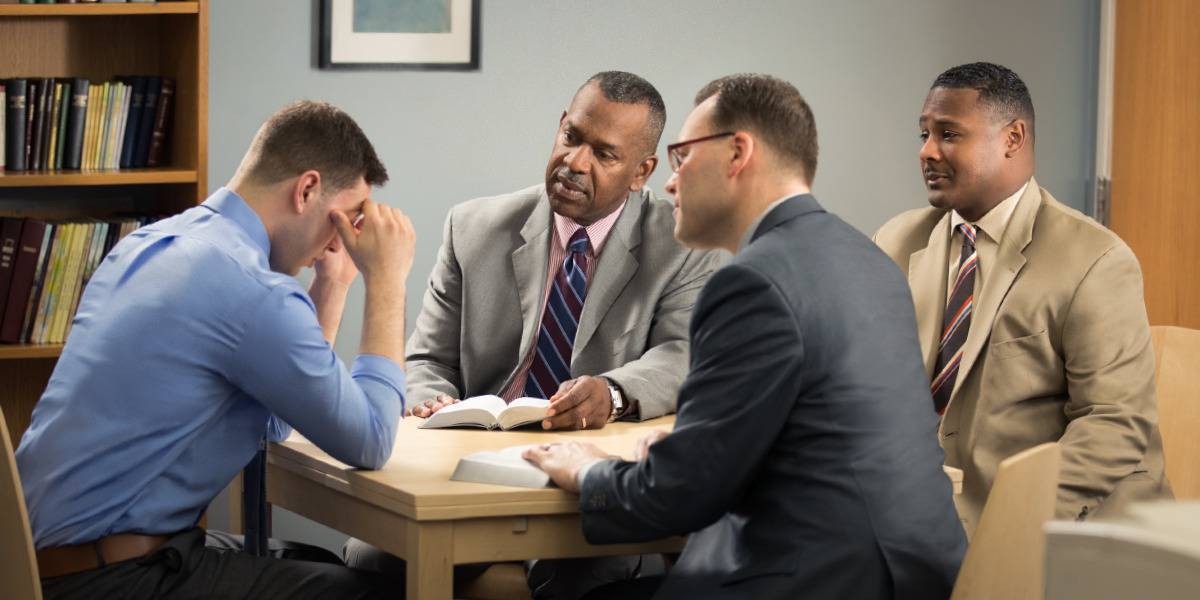 There are only three presbyterian and reformed denominations in the Lafayette, Indianapolis, and Bloomington part of central Indiana. 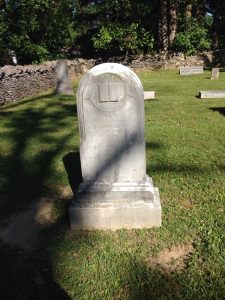 The Reformed Presbyterian Church of North America has long had a presence in Bloomington, with even a burial ground in the city called Covenanter Cemetery. People call the congregation “the RPs,” and we’ve occasionally held joint worship services.

In the past decade or two, the PCA has started a presbytery called Central Indiana Presbytery. Twice in the last forty years the denomination has planted churches in Bloomington. One failed a couple decades ago. The restart was around ten years ago, but it hit on rough times the past two years with both the church planting pastor and the RUF minister resigning their calls.

The third is Evangel Presbytery, and we who are a part of Trinity Reformed Church are grateful for the way the Lord has blessed that work. It has been His doing and we give Him the glory.

The point is, Presbyterian churches are rare in this part of the country. This is largely because the territory is owned by the Campbellites (sometimes called “Restorationists”) who started out in the early nineteenth century as a repudiation of presbyterian doctrine and worship.

Here in Indiana, many of the largest churches style themselves something-or-0ther “Christian Church.” So no, you can’t explain that your church is a “Christian church” without people thinking you’re a Campbellite—which is to say an anti-doctrinal Evangelical sacramentalist. The “Christian Church” denomination’s reasons to exist are threefold: first, they deny they are a denomination (which is quite important to them); second, they believe and practice baptismal regeneration; and third, they hold to weekly communion. They are all quite certain that “Christ unites but doctrine divides.” 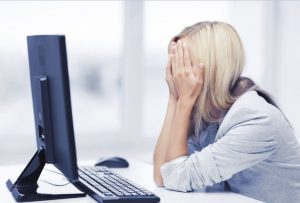 Biblical Christianity of reformed and presbyterian commitments has thus had in Indiana, historically, a very limited witness the past couple of centuries, but we took body blows these past two years in the form of two separate sex scandals which got statewide publicity. The scandals were written up repeatedly in the Indianapolis Star and Bloomington’s Indiana Daily Student. The Star and the IDS both ran multiple investigative pieces demanding action by the presbyteries of jurisdiction, providing and linking to lots of supporting evidence. The Star focussed on an RP church and its Great Lakes Gulf Presbytery while the IDS focussed on a PCA church and its Central Indiana Presbytery.

Tragically, both papers are now widely recognized to have wrestled with the presbyteries and their higher judicatories’ judicial commissions long and hard enough out there in public that both the RP and PCA ended up having to take corrective action, although quite belatedly. Both pastors who were the subjects of the investigative pieces are well-known to present and former members and officers of Trinity Reformed and Evangel Presbytery. None of us have been involved on any level.

This past week provided some long-anticipated relief to the public shaming of Christ’s Church that has been constant surrounding these cases. One of the men summoned to ecclesiastical trial refused to submit to the summons, was found guilty of contumacy, then defrocked and excommunicated. It was a tragic end to a two-year scandal.

The other case is still being adjudicated, but all indications are that it, too, will result in the presbytery having no choice but to take definitive action, finally.

I haven’t written about either of these cases before.

In both recent cases of sexual abuse in our state, the real scandal ended up being the church officers’ efforts to cover up the abuse. They did their best to dampen down the nature and severity of the abuse as well as any attempts at a judicious response. The church discussions and court debates have been agonizing and continuous with little to nothing to show after each step in the process. A friend in one of the presbyteries said he’s read between one and two thousand pages of documents in the case, and now that case has ended up in civil court, also.

Every church has incest and other forms of sexual abuse. What every church does not have are older Titus 2 women, deacons, elders, and pastors who are willing to protect their sheep and have the wisdom to do so.

How should a church and presbytery respond to incest and sexual abuse, specifically?

First, the board of elders must remove the person confessing or being accused of the sin from any public leadership or office, and must do so immediately. If the man involved is innocent and reports are false, he can be reinstated. Any wise and submissive congregation will be thankful he was suspended until the truth came out.

Second, when mandatory reporting laws apply, the pastor, elders, and older women who have heard the confessions or discovered the crimes need to call and report them to the proper civil authorities. They may not know how trustworthy some of the testimony is or the whole extent of the crimes, but ascertaining such things is properly under the purview of the civil authorities. We must submit to those God has delegated His authority to in the civil realm, and do so knowing they are as fallible as we are.

In both Indiana cases, the pastors involved in the abuse and its coverup had carefully crafted their church culture in such a way as to present themselves as the true keepers of God’s grace. Other churches might fail at it, but they themselves understood what it was to proclaim God’s grace.

What does such a grace-only man do when he’s confronted with incest and child sexual abuse; or accused of sexual abuse, himself?

He can’t get his head around it. Before that moment, he never conceived of the possibility that he and his particular commitment to grace were not the perfect expression of the Gospel that would draw women, children, and men to Christ. Wasn’t he deeply Gospel-oriented? Didn’t he have the pulse of our culture and understand how many victims were out there who just needed some gentle Gospel-witness to God’s wonderful grace?

How could things go so terribly wrong under his watch? How could people accuse him of sexual abuse? How could people misunderstand him so completely as to think he would want to cover things up? Sure, sin can be very messy, but grace is greater than all our sins.

Anyhow, his own people would trust him and he could calm the waters in a graceful way that healed the victims and convinced them and their parents to put aside thoughts of justice, innocence and guilt, bitterness, and that awful blame game.

We could continue, but the reader of good conscience understands.

The man who thinks he has a corner on grace soon loses his ability to question himself, and in time becomes devoid of self-critical capacity. When he is the true keeper of God’s grace, there’s no one better capable of healing things.

Try to imagine the keeper-of-grace going right away to the civil authorities with reports he’s received of incest and abuse in his family or church. After all, he’s the man who understands God’s kindness that leads to repentance. This is not a matter for law, but grace!

So he hides things and delays reporting. For a day or two, but then the days stretch into weeks and weeks into months.

In the end, though, it can’t be hidden any longer, partly because the predator continues his predations as long as the police authority of the civil magistrate is not brought to bear in stopping him.

Why would his “relative” who pastored him up until the time of discovery of his sin be the one who should decide whether or not to warn the parents of the church of the terrible danger his relative poses to their children? Why would this pastor-relative of the predator be the best man to decide whether his relative’s felonies should be reported to civil authorities? Why would he be the best man to lead his congregation’s elders in what steps to take to protect their flock’s lambs? In when and how to ask for their presbytery’s help?

No, the first thing to be done in cases of incest and sexual abuse is for those personally involved to be removed from office and distanced from being able to exercise any possible influence over those with authority over matters going forward. The charges might be false, they might be true, but incest and sexual abuse are nothing to leave in the hands of the accused and their relatives.

Yes, there are some men foolish enough to think they can remain objective and lead the way through the thicket in a graceful way that assures all the wounded may receive spiritual healing, but the foolish we have always had with us, too.

That some pastors think their own direct involvement and personal and familial relationship to the accused in such situations is an asset and should be deferred to is hard to fathom, but we have many cases demonstrating this fact, and knowledge of those cases should make us even more vigilant to remove these men immediately from their positions of responsibility over responses to the sin.

Instead, such men should be told to leave it alone and be quiet. They and their churches are under the authority of presbyteries for such a time as this.

When incest and sexual abuse are confessed or reported concerning a church officer or his family, that man needs to be removed from the board’s slightest deliberations on the matter immediately, if not sooner. He should not even offer board members any opinions on the matter, informally. This is what it means for an officer to recuse himself, and what recusal is more obvious and necessary than that of a man who has confessed, or himself or his family member been accused, of sexual abuse?

We all must reclaim our reformed doctrines of the Fall, Original Sin, and total depravity.We are mere mortals, and thus most of us never stop trying to justify ourselves. For this reason, when incest and sexual abuse are brought into the light, we should go right away and find men of discernment and independent judgement we can submit ourselves to in all future decisions and actions. We must not try to cover up or minimize the crimes, nor to manage the inevitable crises which will result.

Presbyteries exist to carry weight and make judgments, and if personal relationships in sessions and presbyteries trump the officers’ sense of responsibility to protect the soul of the sinner, the safety of the congregation, and the honor of Christ and His Church, those officers should be shamed and resign. 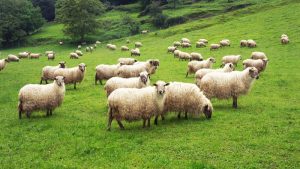 It’s understandable that the sheep don’t comprehend these things and continue to love and be what they perceive as loyal to their shepherd at the center of the mess—their shepherd who has been so graceful always and evermore with them.

But that presbyters themselves are equally influenced, pressured, and misled by their fellow shepherd is unconscionable.

We are placing stumbling blocks before Christ’s little ones, and soon we will answer to Him for our betrayal of them.

For I, on my part, though absent in body but present in spirit, have already judged him who has so committed this, as though I were present. In the name of our Lord Jesus, when you are assembled, and I with you in spirit, with the power of our Lord Jesus, I have decided to deliver such a one to Satan for the destruction of his flesh, so that his spirit may be saved in the day of the Lord Jesus. (1Corinthians 5:3-5)

NOTE: For more on the work of elders, including particularly their duties protecting their flock from incest and sexual abuse, get a copy of our book, Elders Reformed, available on Amazon.