Precisely what is paedocommunion, and why does Calvin condemn it 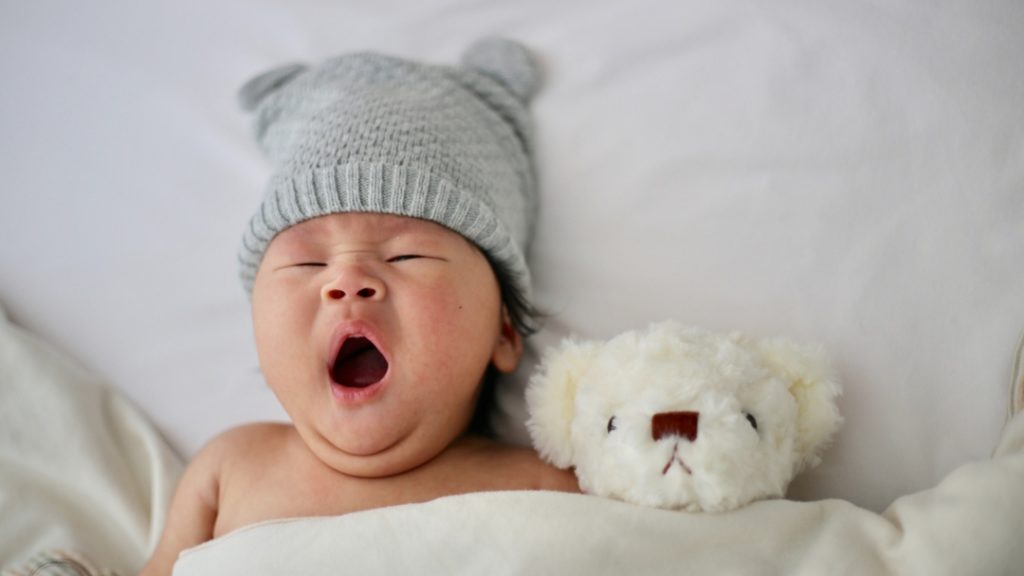 …why should we offer poison instead of life-giving food to our tender children?

Retired now, the Rev. Dr. Rob Rayburn has long promoted infant communion (commonly referred to as “paedocommunion”). Dr. Rayburn’s promotion of this practice—condemned by Protestants and Roman Catholics alike at the time of the Reformation—is a good example of current fashion displacing historic Biblical doctrine and theological precision. Men who have climbed on the “paedocommunion” bandwagon have believed Dr. Rayburn’s assurance that “none of our authorities favored the practice or, in most cases, ever discussed it.”

Rayburn’s point in saying this is not to warn readers that our Reformed fathers condemned paedocommunion, but rather to dismiss their condemnation under the reasoning that they had not given the practice proper consideration. He claims that “in most cases” they had not “ever discussed it.”

What Dr. Rayburn writes is false. John Calvin discussed infant communion in his commentaries and Institutes. Calvin considered all the arguments in favor of the practice, but consistently condemned it.

But back to Rayburn: here he is defending paedocommunion:

RAYBURN: Advocates of paedocommunion — by which is meant the participation in the Lord’s Supper by baptized, weaned covenant children — fully appreciate why many remain unpersuaded. We have done otherwise for centuries, and none of our authorities favored the practice or, in most cases, ever discussed it.

Rayburn doesn’t identify who “most” of “our authorities” are who never discussed paedocommunion. One might be surprised to learn, for instance, that John Calvin most certainly did discuss paedocommunion, and at some length:

CALVIN: Furthermore, they object that there is no more reason to administer baptism to infants than the Lord’s Supper, which is not permitted to them. As if Scripture did not mark a wide difference in every respect! This permission was indeed commonly given in the ancient church, as is clear from Cyprian and Augustine, but the custom has deservedly fallen into disuse. For if we consider the peculiar character of baptism, surely it is an entrance and a sort of initiation into the church, through which we are numbered among God’s people: a sign of our spiritual regeneration, through which we are reborn as children of God. On the other hand, the Supper is given to older persons who, having passed tender infancy, can now take solid food.

This distinction is very clearly shown in Scripture. For with respect to baptism, the Lord there sets no definite age. But he does not similarly hold forth the Supper for all to partake of, but only for those who are capable of discerning the body and blood of the Lord, of examining their own conscience, of proclaiming the Lord’s death, and of considering its power.

Do we wish anything plainer than the apostle’s teaching when he exhorts each man to prove and search himself, then to eat of this bread and drink of this cup? A self-examination ought, therefore, to come first, and it is vain to expect this of infants. Again: “He who eats unworthily eats and drinks condemnation for himself, not discerning the body of the Lord”. If only those who know how to distinguish rightly the holiness of Christ’s body are able to participate worthily, why should we offer poison instead of life-giving food to our tender children? What is that command of the Lord: “Do this in remembrance of me”? What is that other command which the apostle derives from it: “As often as you eat this bread, you will proclaim the Lord’s death until he comes”? What remembrance of this thing, I ask, shall we require of infants when they have never grasped it? What preaching of the cross of Christ, the force and benefit of which their minds have not yet comprehended? None of these things is prescribed in baptism. Accordingly, there is a very great difference between these two signs, as we have noted in like signs also under the Old Testament. Circumcision, which is known to correspond to our baptism, had been appointed for infants. But the Passover, the place of which has been taken by the Supper, did not admit all guests indiscriminately, but was duly eaten only by those who were old enough to be able to inquire into its meaning. If these men had a particle of sound brain left, would they be blind to a thing so clear and obvious?

It troubles me to burden my readers with a heap of trifles. Nevertheless, it behooves us to make short work of the specious reasons which Servetus, not the least among the Anabaptists — indeed, the great glory of that tribe — girding himself for conflict, decided to bring forward…

2. [Servetus] objects, that Christ’s symbols were instituted for remembrance, in order that everyone should remember that he was buried with Christ. I reply that what he has contrived out of his own head needs no refutation; indeed, what he applies to baptism rightly refers to the Sacred Supper, as Paul’s words show: “that each one examine himself”; there is nowhere any such thing said of baptism. From this we conclude that those who, because of their youth, are not yet capable of examination may rightly be baptized…

8. He objects that they must be fed spiritual food if they are new men. The answer is easy: by baptism they are admitted into Christ’s flock, and the symbol of their adoption suffices them until as adults they are able to bear solid food. Therefore, we should wait for the time of examination, which God expressly requires in the Sacred Supper.

9. Afterward, he objects that Christ calls all his people to the Sacred Supper. Yet it is clear enough that he admits none but those who are already prepared to celebrate the remembrance of his death. From this it follows that infants, whom he vouchsafed to embrace, remain in their distinct and proper rank until they grow up, and yet are not strangers. He objects that it is monstrous for a man, after being born, not to eat. I answer: souls are fed in another way than by the outward eating of the Supper; therefore, to infants Christ is nonetheless food, though they abstain from the symbol. But the case is different in baptism, by which only the door into the church is opened to them…

12. He claims further that all Christians are brothers, but that, to us, children are not of that number so long as we keep them away from the Supper. But I return to that principle that only those who are members of Christ are heirs of the Kingdom of Heaven; then Christ’s embrace was the true token of adoption, by which infants are joined in common with adults, and that abstaining from the Supper for a time does not prevent them from belonging to the body of the church. Indeed, the thief converted on the cross did not fail to become a brother of the pious, although he never came to the Supper.

How fitting that Calvin’s most thoroughgoing condemnation of infant communion comes in his defense of the faith against the Anabaptists—specifically the infamous Servetus who argued that baptism and communion should stand or fall together: either babies should be denied both baptism and the Lord’s Supper, or both should be granted.

This is the sort of chop-logic which has prevailed among former Baptists and explains why they comprise the majority of those defending and practicing paedocommunion, today. To them it’s simple: they used to think infants shouldn’t be baptized or communed, yet now they’re convinced infants should be both baptized and communed. Which is to say they used to be mere memorialists, but having become convinced the sacraments confer grace, they demand their children get the sacraments as soon and as often as possible.

Calvin ends his condemnation of Servetus’s demands that Baptism and the Lord’s Supper always go together:

But it is no wonder that those reprobate spirits, as if agitated by a frenzy, drag in the crassest absurdities in defense of their errors. For God justly avenges their pride and obstinacy by such irrationality. I trust I have made plain how weakly Servetus has supported his little Anabaptist brothers.1

Speaking of “paedocummion,” the very label is misleading. “Paedobaptism” is the baptism of newborn infants, so naturally “paedocommunion” leads people to believe that what is being advocated is the communing of infants when, in fact, many so-called “paedocommunionists” refuse to commune infants. It would be more accurate to break paedocommunionists into two camps. One camp believes that non-communicative infants incapable of any confession of faith should be given communion by their parents. The other camp believes only communicative infants capable of a believable confession of faith should be granted communion privileges, and that these privileges should only be extended by their church officers.

The key distinction may be seen in these two groups:

First, those who hold that infants incapable of any verbal or nonverbal communication who have been born or adopted into a covenant household should be granted access to the Lord’s Table by their parents.

Second, those who hold that only children born or adopted into a covenant household who are capable of verbal or nonverbal communication should be granted access to the Lord’s Table by their elders based upon their (the child’s) believable profession of faith.

Rob Rayburn is in the first camp, Doug Wilson the second. Rob believes in just-weaned children being communed by their parents. Doug Wilson believes in sign-language confessions of faith by communicative children (rub the head, pat the stomach) which are judged believable by the elders who grant the confessor access to the Lord’s Supper.

While it is true that orthodox Protestants would not accept the rudimentary gestures of a child that Doug accepts as a believable profession of faith, Doug’s justification is much closer to the historic practice of Protestant churches than Rob’s innovation. We can argue over the differences between words and gestures in weighing confessions of faith, but what is there to say to the man who repudiates the necessity of any confession of faith at all, thus claiming the children of believers approach the Table by virtue of their membership in a Christian household, alone?

The Reformed church has many innovators practicing many innovations today. I suppose our day could be a time when God is pouring out new truths, but I’m sceptical. Anyhow, the former Baptists who have changed to baptizing and communing their babies should all reckon with the fact that paedocomunion was argued for in the time of the Reformation by Servetus and the Anabaptists.

The magisterial reformers knew the Anabaptists’ arguments and condemned them on the basis, not of tradition, but Scripture.

(For more on the church and her sacraments, get a copy of our book, Church Reformed. Among other things, it contains much helpful instruction concerning the Biblical teaching on the sacraments.)

(NOTE: In a slightly different form, this post originally appeared on Baylyblog.com, November 16, 2015.)