“Gentle and lowly”; in context 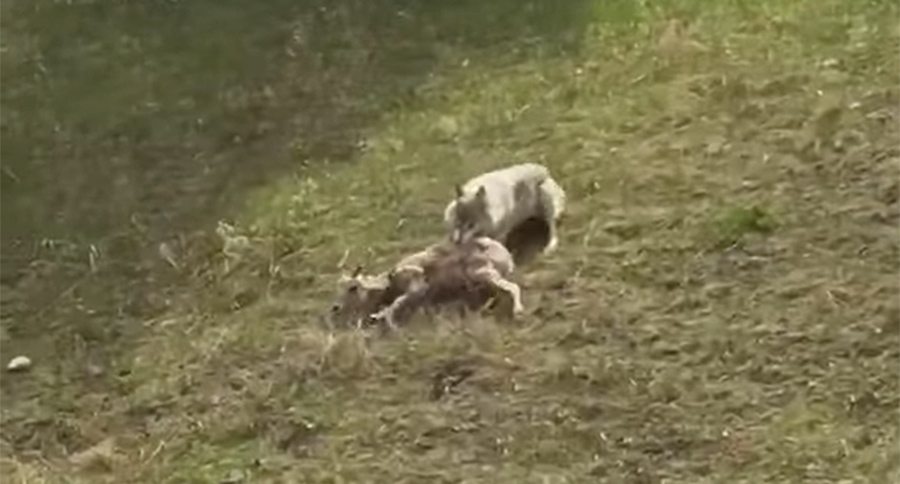 In his book Gentle and Lowly, Dane Ortlund mentions a sermon by Charles Spurgeon opening up Jesus’ promise recorded in Matthew 11:29, “I am meek.” From Spurgeon’s sermon, we read:

Our Saviour, who never sought the praise of man, says of himself, “I am meek,” because he desired to remove the fears of those who trembled to approach him…

But why would anyone listening to Him be trembling to approach Him?

This question is clarified by looking at this “gentle and lowly” text’s context, so let’s examine what Jesus did and said earlier in Matthew 11, just before His tender entreaty to sinners.

We’ll take it bit by bit.

First, we read that John the Baptist (who was in prison) sent his disciples to Jesus to ask if He was “the Expected one?” Was He the promised Messiah?

Jesus acknowledged He was, then spoke to the people gathered around concerning John the Baptist, himself. Jesus proclaimed him to be a true prophet; and more specifically, the promised prophet who would announce God’s Annointed One. Then, having commended John’s austerity, humility, and greatness, Jesus said:

From the days of John the Baptist until now the kingdom of heaven suffers violence, and violent men take it by force. (vv. 11-12)

Would this not cause us to tremble to approach Jesus?

He is speaking to the people of God—as it were, the good church-going Evangelicals—and He prefaces His rebuke with the statement, “He who has ears to hear, let him hear”:

But to what shall I compare this generation? It is like children sitting in the market places, who call out to the other children, and say, “We played the flute for you, and you did not dance; we sang a dirge, and you did not mourn.” For John came neither eating nor drinking, and they say, “He has a demon!” The Son of Man came eating and drinking, and they say, “Behold, a gluttonous man and a drunkard, a friend of tax collectors and sinners!” Yet wisdom is vindicated by her deeds. (vv. 16-19)

Scripture records it was the Jews and their religious leaders who condemned Jesus for eating, drinking, and befriending sinners. If you will, it was the good Reformed Evangelicals and their pastors and seminary profs who never stopped criticizing Jesus.

Would this condemnation by Jesus not cause those listening to tremble?

Had we been there, would any of us have not feared to approach this Son of Man knowing how fickle our own hearts are and how many times we had wished Jesus were different than He was? Would we not tremble as we remembered how often we had been displeased with Him, even condemning Him for being a libertine and contrarian? We had judged Him for seeming to enjoy putting His thumb in the eye of all the men we respected, instead surrounding Himself with a tax collector and smelly fishermen.

Now then, here is what Jesus said immediately preceding His call “come to me,”  the passage Ortlund bases his book Gentle and Lowly on:

Then He began to denounce the cities in which most of His miracles were done, because they did not repent.

And you, Capernaum, will not be exalted to heaven, will you? You will descend to Hades; for if the miracles had occurred in Sodom which occurred in you, it would have remained to this day. Nevertheless I say to you that it will be more tolerable for the land of Sodom in the day of judgment, than for you.” (vv. 20-24)

The people of Chorazin, Bethsaida, and Capernaum were the very men and women who had been granted the privilege of witnessing Jesus’ “miracles.” Jesus goes on to testify against them that if Tyre, Sidon, and Sodom had been granted this tremendous privilege, they “would have repented long ago in sackcloth and ashes,” and thus would not have been consumed by God’s judgment and wrath.

The people of Chorazin, Bethsaida, and Capernaum were more proud, hard-hearted, faithless, and unbelieving than the people of Tyre, Sidon, and Sodom.

These uncircumcised pagans of Tyre, Sidon, and Sodom were better men and women than God’s covenant and circumcised people of Chorazin, Bethsaida, and Capernaum whom He had been blessing with the majority of His miracles and preaching.

The pagans would have repented, but the people of God refused to repent, even as Jesus worked wonders in their midst. Matthew records for us that Chorazin, Bethsaida, and Capernaum were “the cities in which most of His miracles were done.”

Acknowledging the residents of these three cities were the focus of Jesus’ miracles and preaching ministry, some have titled them “the Evangelical Triangle.” These three cities Jesus condemned are just off the northern shore of the Sea of Galilee. Chorazim is just two miles from Capernaum with all three cities within five miles of each other.

Today we might designate this Evangelical Triangle to be Wheaton, Naperville, and Carol Stream; Carol Stream is a couple miles from Wheaton and all three cities are within eight miles of each other.

The point was these cities were proud, hard-hearted, faithless, and unbelieving in the very face of the witness to them of the Second Member of the Trinity, our Lord Jesus Christ. They would not humble themselves; after all, they had Abraham, Isaac, and Jacob as their fathers, Moses as their lawgiver, and David as their great king.

They needed no upstart surrounded by disreputables. Who was He, anyway?

Who were His disciples?

Men of no importance.

They were secure in Zion. They were without compunction of conscience, complacent and presumptuous, when Jesus popped their bubble with these words intended and perfectly honed to strike them with the most awful terror:

You will descend to Hades.

It will be more tolerable for the land of Sodom in the day of judgment, than for you.

Now, picture again the context for Jesus presenting Himself as “meek and gentle of heart.”

He’d just declared that the Kingdom of God is “taken by force” and that it is “violent men” who seize it.

He’d just condemned them for saying about that great prophet, John the Baptist, “He has a demon!”

He’d just condemned them for taunting Him, their Messiah, “Behold, a gluttonous man and a drunkard, a friend of tax collectors and sinners!”

So at this point after His excoriations, who’s left listening and what is their thinking?

Are they thinking that the “very heart” of Jesus is meekness and gentleness?

Here’s the next thing Jesus says immediately prior to His “come to Me.” Listen in to His prayer uttered just then:

I praise You, Father, Lord of heaven and earth, that You have hidden these things from the wise and intelligent and have revealed them to infants. Yes, Father, for this way was well-pleasing in Your sight. All things have been handed over to Me by My Father; and no one knows the Son except the Father; nor does anyone know the Father except the Son, and anyone to whom the Son wills to reveal Him. (vv. 25-27)

Would I have heard any promise in this, Our Lord’s prayer? Specifically, would I have thought myself an “infant” or the man who is “wise and intelligent?”

Of course, “wise and intelligent,” and so I would have been offended and angry that Jesus was relegating me to those from whom the things of God are hidden.

Unless, that is, “the Son wills to reveal the Father to me,” whatever that means and Whoever the Son is?

At this point, if I’m there listening, I’m cringing with fear while also bursting with fury. Who does this Man Jesus think He is! I mean, the guy is so very self-important! Delusions of grandeur, I say.

Dane Ortlund reassures us that Jesus’ “heart of gentle embrace is never outmatched by our sins and foibles and insecurities and doubts and anxieties and failures.”

Had I been there, I wouldn’t have given a thought to my “foibles.” I would have been desperate to have God show me mercy, but after what Jesus had just done and said, I would know God in Jesus Christ was too severe a taskmaster for me ever to make the grade. No, I would have heard his wrath and judgment and would be on the verge of giving up, now and eternally. Nothing as light as “foibles and insecurities and anxieties” would have troubled me. It would have been my depravity and the ever-burning fires of Hades that had my total attention.

Everyone there listening to Jesus’ command “come to Me” would have watched as the proud, complacent, and presumptuous who were offended by Jesus telling them they would be damned in Hades all departed. Only the humble and timid were left, but even they had been reduced to a pool of tears by Jesus’ truthful warnings and condemnations.

Everyone left there alone with Jesus was tempted to think evil of Jesus, Calvin says. They would have been inclined to accuse Him (and thus God) of being a taskmaster impossible to please. So what’s the use? Might as well just give up.

Then. Right then it was that Jesus said to that group so bedraggled and hopeless after seeing and hearing the heart of Jesus—His “very heart” of wrath and judgment—Who He really is in His inmost Being:

Come to Me, all who are weary and heavy-laden, and I will give you rest. Take My yoke upon you and learn from Me, for I am gentle and humble in heart, and you will find rest for your souls. For My yoke is easy and My burden is light.” (Matthew 11:28-20)

Those who heard this tender reassurance and had not been driven away by their pride like the rest, were raised from despair and death. This was not superficial wrath and light condemnation, with love being much deeper and truer. They had seen and heard “the very heart” of God over and over again on full display in everything Jesus had just said so that none of them would ever have believed Ortlund’s summary of who Jesus really is:

If Jesus hosted his own personal website, the most prominent line of the “About Me” dropdown would read: GENTLE AND LOWLY IN HEART.

Nor this summary of Who Jesus really is:

What helium does to a balloon, Jesus’s yoke does to his followers. We are buoyed along in life by his endless gentleness and supremely accessible lowliness. …his tender embrace …is his very heart. It is what gets him out of bed in the morning.

We would have thought a madman had come among us and was spouting his insanity.

Jesus had just shown His fearful heart of wrath, anger, justice, and righteous condemnation so that those perfections of God would all be fully in mind when He then, meekly and gently, called those remaining with Him to come to Him.

Ortland can only ever offer superficial healing, because he makes God’s wrath superficial. The lighter you make the justice of God, the lighter His grace becomes, and the less His promise that He is “meek and humble of heart” matters.

And we did so, not forgetting Who He really is, but seeing even more of His perfections, trusting that if we came to Him, we would not find only His anger, wrath, and justice, but also His mercy and grace imputing to us His perfect righteousness.

And if the actions of Jesus are reflective of who he most deeply is, we cannot avoid the conclusion that it is the very fallenness which he came to undo that is most irresistibly attractive to him. (p. 30)