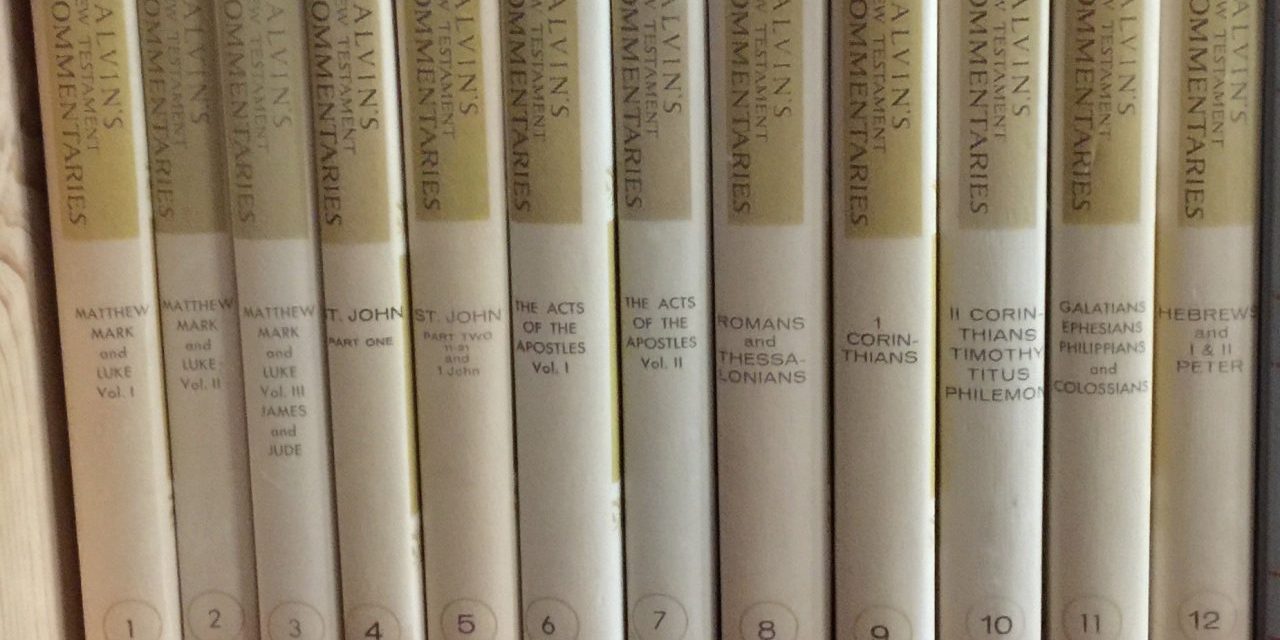 Generally, I’m no fan of modern commentaries. Sure, I own them. But it’s entirely prophylactic, devoid of hope or joy. I tell young pastors that they need to own modern commentaries only to keep themselves from looking foolish. On any particular book of Scripture, purchase and read one or two of the big boys simply to keep abreast of “scholarly developments,” whatever those are. But don’t get your hopes up.

At Gordon-Conwell Theological Seminary, my own alma mater, the bookstore was the temple where we all worshipped. And in that temple no commentary had a higher reputation among the cognoscenti than I. Howard Marshall on Luke. So, shortly before leaving seminary for my first call, I shelled out forty or so dollars to buy it. The gates to the city would be opened to me!

When I started preaching, I looked for opportunities to have a text in Luke so my congregation could benefit from my big expensive book. But Marshall never seemed to pan out the way I hoped.

Sure, he was valiant in the battle for God’s Word. There was no scholarly issue, no attack on the text, that he didn’t address. And his defense was about as good as any evangelical scholar could hope for. But preaching? Feeding the souls of God’s people?

Fuggetaboutit! Marshall was dry as a bone. My time was wasted watching him defend the words of the Holy Spirit against the attacks of the faithless. Spurgeon put it well: “Defend the Bible? I’d rather defend a lion!”

So I went searching and discovered  Calvin’s commentaries—particularly the Torrance edition of his New Testament commentaries, although I own the complete set (OT/NT) from the Calvin Translation Society as well. My heart is always warmed by J. C. Ryle’s Expository Thoughts on the Gospels. When I started on the Ten Commandments, I found the spiritual and pastoral wisdom of Thomas Watson helpful.

Since then, many others have joined this list including Spurgeon himself on the Psalms (Treasury of David), Fairbairn on the Pastoral Epistles (a part of Banner of Truth’s Geneva Series), Matthew Henry (the complete rather than the abridged version), and so on. I’ve found that the Geneva series of commentaries published by Banner of Truth—all old, historic commentaries—to be excellent.

So now, when I start preaching through a book, I use Spurgeon’s recommendations for my major purchases, lean heavily on Calvin, and make the obligatory two or three purchases of modern commentaries, reading them each week simply in order to avoid looking foolish.

But there are exceptions to the rule concerning the value of modern commentaries, and one exception is Timothy George’s commentary on Galatians from in the The New American Commentary series published by Broadman and Holman.

Time after time, the pastoral insight and wisdom he brings to the text makes it into my Sunday morning sermon. And he’s up against some pretty stiff competition with Luther’s full commentary (not the abridged), Calvin’s commentary as well as his sermons (published by Old Paths Publications), F. F. Bruce, Longenecker, Fung, and so on.

For a taste, here’s one of his footnotes on Galatians 6:7-9:

Earlier in this century R. Niebuhr warned against the prevalence of a domesticated theology that proclaimed “a God without wrath who brings men without sin into a kingdom without judgment through the ministrations of a Christ without a cross.” Precisely this kind of attenuated eschatology is seen in B. Hebblethwaite’s restatement of the last judgment: “We shall do well to play down the picture of God or Christ as Judge. A range of alternative models, the healer, the therapist [Oh yeah, hold me back!], the patient lover, the counselor, all seem more appropriate for bringing out the primary interest of divine judgment, namely, the restoration of the creature to integrity and the winning of his love, despite what he has done or made of himself in the past. (The Christian Hope [Grand Rapids: Eerdmans, 1984], 215). Such a perspective is utterly incompatible with the Pauline view of the God who is not mocked.

So, by George; buy George.

(This post was originally published in a different form on August 19, 2006.)