Some rules for Christian readers 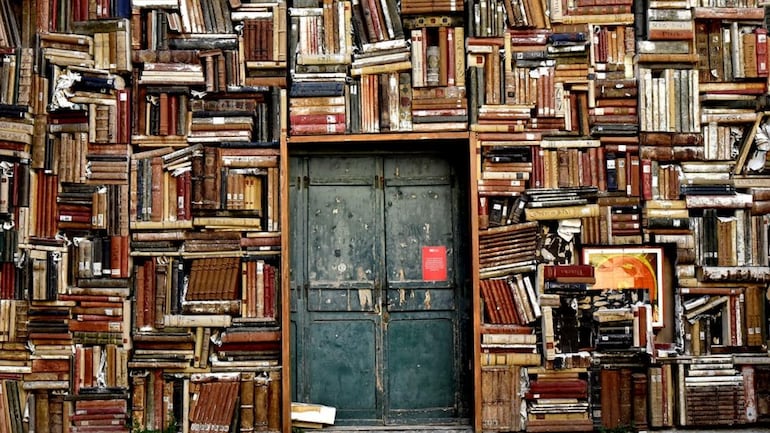 Then afterward he read all the words of the law, the blessing and the curse, according to all that is written in the book of the law. – Joshua 8:34

This gets me thinking about reading so let me put out there four rules for Christian readers.

What are primary sources?

Back in 1977, I was taking an upper-level history course at UW-Madison taught by the medievalist William J. Courtenay. Titled “Medieval Intellectual and Social History,” our text was several volumes of Copleston’s History of Philosophy. It was tough sledding. The class was held in a large lecture hall.

Prior to the first lecture, Prof. Courtenay announced he would hold a proseminar for all grad and honor students, but that anyone else who cared to participate was welcome. I was the “cared to participate” who showed up among the honors and grad students.

Each participant was to present a paper on some topic of our choice and the seminar sessions would consist of each of us giving his paper.

I chose Peter Waldo, the twelfth century lay preacher who rejected transubstantiation, commissioned the translation into vernacular of Europe’s first non-Latin New Testament, and in 1184 was excommunicated by Pope Lucius III. Founder of the early Protestant movement called the Waldensians, I was heartened in my faith by studying Waldo and the Waldensians. Their godly witness against Rome’s mercantilist sacramental domain preceded the Reformation by centuries.

The day came to present my paper and, knowing I was way out of my element, with fear I began to read. In addition to Prof. Courtenay and the fifteen or so other participants, a visiting German medievalist of some eminence happened to be present that day. Finishing the paper, Prof. Courtenay expressed some interest in a point I’d made about the Waldensians’ claim of apostolic succession. After a few questions probing my point, He asked, “Is your source for that primary or secondary?”

Wracking my brain trying to guess what “primary” and “secondary” sources might be, I came up empty. Stonewalling for a couple seconds, it had to be said: “I’m sorry, Prof. Courtenay, but I don’t know what primary and secondary sources are.”

I wished I could turn into a blob and ooze away.

Maybe some readers are wondering what primary and secondary sources are?

When Liam Goligher reports on Carl Trueman’s blog that John Calvin was a groundbreaking egalitarian feminist like himself who believed in women rulers, he is a secondary source. When I respond by publishing John Calvin himself saying in a letter that women rulers are “utterly at variance with the legitimate order of nature” and that they “ought to be counted among the judgments with which God visits us,” Calvin’s letter is a primary source.

The lesson learned is to be skeptical of secondary sources, especially when those sources are people like Liam Goligher who are eager to show themselves progressives on women’s issues.

Don’t bother reading Liam Goligher on Carl Trueman’s blog telling you John Calvin was a proto-feminist. Read Calvin yourself. Inoculate yourself against Goligher and Trueman’s lie misrepresenting Calvin by knowing Calvin better than the feminists know him.

Rule 2: Even with primary sources, you’re not safe when dishonest translators are busy gagging authors

If you make a habit of reading primary sources, you still must be on the alert for editors and translators who ruin primary sources by deleting those parts of the text they dislike. Usually this leads to them deleting the text where it’s politically incorrect, and therefore the text that is helpful, today.

For example, the most authoritative primary source ever written is the Bible. God Himself tells us His Scriptures are theopneustos (“God-breathed,” 2Timothy 3:16). Every single word of Scripture is inspired by the Holy Spirit, but sadly, for the past quarter-century Evangelical academicians such as Doug Moo, Gordon Fee, and Don Carson have busied themselves deleting God’s words they don’t like such as “he,” “him,” “man,” “father,” “brother,” and “Jew.”

As Don Carson said to me years ago explaining why he supported deleting words of Scripture which demonstrated God’s order of male representation and leadership, “As someone who speaks at secular universities, I don’t want to get laughed off the platform.”

Don was trembling at the thought that secular feminists who hate the male inclusive God uses throughout His Word might laugh at him, so Don and his colleagues removed those words of God from the Bible translations publishers paid them to produce.

There are other words they delete from Scripture for similar reasons, but leaving them to the side for now, learn that, even when you’re reading Scripture, you must be careful to distinguish between honest and dishonest translators. Most modern translations gag God. Here’s a helpful article on choosing a Bible.

Rule 3: When you read primary sources, you also must beware of abridgments.

Be careful about using abridgments. Editors who cut out parts of the text can be just as deceptive as translators who refuse to translate the text accurately.

Some authors are so wordy it’s almost impossible to take the time to wade through the entirety of what they originally wrote. Take Richard Baxter, for instance: I have an antiquarian copy of Baxter’s classic devotional work, The Saint’s Everlasting Rest. My copy was printed a decade or so after the book was originally published (in 1650), so it’s unabridged.

Today, the book is titled The Saints Everlasting Rest, but here’s its original title:

The Saint’s Everlasting Rest: A Treatise of The Blessed State of the Saints in their enjoyment of God in Glory. Wherein is shewed its Excellency and Certainty; the Misery of those that lose it; the way to Attain it, and assurance of it; and how to live in the continual delightful Foretasts of it, by the help of Meditation

My unabridged copy has tiny type, yet is still three or four inches thick. Baxter’s verbosity is infamous so that almost anything you read by him will be abridged.

Yet not all abridgments are equal.

Other than the Bible, maybe the most helpful book for pastors and elders is Baxter’s Reformed Pastor. Since every edition you can buy today is abridged, how do you choose between them?

Fresh out of seminary, I quickly learned to trust Banner of Truth to give me faithful editions of the old dead men who should be our heroes. Sadly, over the decades, Banner has proven to be little help fighting the battles of today, but no one’s done a better job of laying garlands on Puritan tombs. Banner allows our dead fathers in the faith to speak for themselves, so when I first read Baxter’s Reformed Pastor, I read the Banner of Truth edition.

Later, I somehow came to possess a copy of a couple works issued by Multnomah Press in its “Classics of Faith and Devotion” series and one of those classics was The Reformed Pastor. I’d had it a few years when I picked it up, thinking as I did so, “This is light!” It was also thin, and as I felt the pages, I thought, “This is printed on very thick paper. I wonder what they left out?”

Turning page after page searching for clues, a third of the way through, I found this short statement inserted directly into the text:

At this point, Baxter inserts a long discussion on the methods of exercising “church discipline.” Much of this is omitted here because it is related to the conditions of his own time in the seventeenth century, rather than to our own circumstances today.

Yup, that’s what Multnomah said, even down to their scare quotes.

Need I point out that it is precisely Baxter’s lengthy exhortation to be faithful in church discipline which pastors and elders need today? For instance, it’s in that deleted section of the Banner of Truth edition that I read (and have never forgotten):

They say, “You are so precise and you keep talking about sin, and duty, and make such a fuss about these things, while pastor so-and-so, who is as great a scholar as you and as good a preacher, will be merry and joke with us and leave us alone, and never trouble himself or us with this sort of talk. You can never be quiet and you make more commotion than needs to be made; you love to frighten men with talk of damnation, when sober, well-educated, peaceable pastors are quiet, and live with us like other men.”

[They] will give you leave to preach against their sins, and to talk as much as you will for godliness in the pulpit, if you will but let them alone afterwards, and be friendly and merry with them when you have done, and talk as they do, and live as they, and be indifferent with them in your conversation. For they take the pulpit to be but a stage; a place where preachers must show themselves, and play their parts; where you have liberty for an hour to say what you [desire]; and what you say they regard not, if you show them not, by saying it personally to their faces, that you were in good earnest, and did indeed mean them… 2

This is how Multnomah destroyed a primary source. It’s obvious why they did so. As Baxter himself put it:

It is a sad case that good men should settle themselves so long in the constant neglect of so great a duty [as church discipline]. The common cry is, “Our people are not ready for it, they won’t bear it.” But, isn’t it rather the fact that you will not bear the trouble and hatred which it will occasion? 3

Read the primary source, and read it all. Don’t trust abridgments.

Rule Four: if you must read an abridgment, choose an old one done by men who aren’t your contemporaries and don’t have your sins.

The point I’m making repeatedly is that we live in an evil age when lies are the currency of the Reformed scholarly and publishing world. We must face the truth that we can’t trust Christian scholars and publishers not to lie about what God, Calvin, Baxter, or any other father in the faith said and wrote.

Sadly, it’s true that most Reformed men are perfectly content to feed on lies. But if you treasure your own soul and the souls God has given you responsibility for, you must care.

Now then, why not start where we started this post—with Martin Luther’s commentary on Galatians. Here’s an old post helping you choose a faithful edition.

(In a different form, this was originally published July 25, 2016, on Baylyblog.)