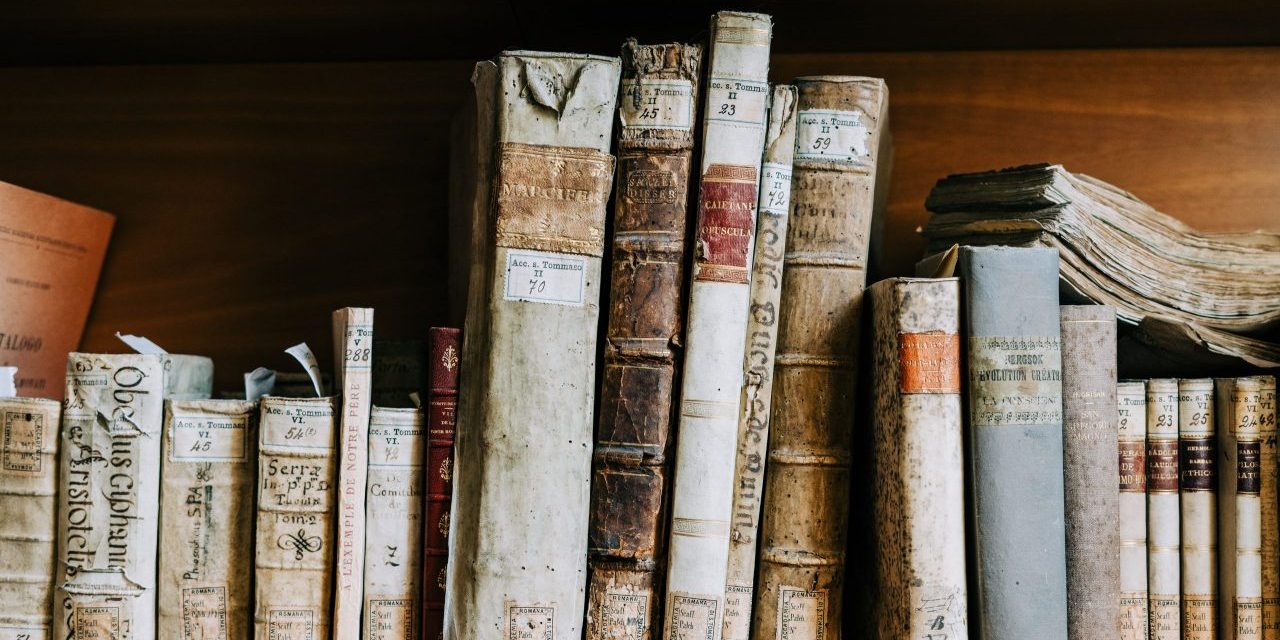 Higher ed talks to itself through the Chronicle of Higher Education, and today this piece by Geoff Shullenberger caught my eye: “Why Academic Freedom’s Future Looks Bleak: For both left and right, values, not principles, are at stake.”

Shullenberger’s piece is helpful for knowing God’s enemies in higher ed today—particularly showing how those enemies are almost equally on the left and right. The piece begins:

Last month Allyn Walker, an assistant professor of sociology who uses they/them pronouns, announced their resignation from Old Dominion University. The sequence of events that led to their ouster is one we have seen play out before. Walker made controversial public statements that stoked a wave of viral fury. In the resulting fracas, which included violent threats, Old Dominion placed Walker on leave; Walker then agreed to step down at the end of the academic year.

Shullenberger goes on to diss stupid people for having an incapacity to see the “nuance” of Walker’s position promoting the destigmatization of pedophilic lust while (purportedly) stopping short of destigmatizing pedophilic action. Yet he goes on to say:

Walker’s argument is distinct, but critics seemed to regard the proposal to destigmatize (unacted upon) “minor attraction” as a Trojan horse for this more radical agenda — a slippery slope toward the recognition of pedophilia as merely another, entirely acceptable, sexuality.

On the other hand, the sort of approach Walker advocates has also been controversial. It is a variety of harm reduction, a familiar notion in contexts like illegal drug use and sexually transmitted disease. (We might think most obviously here of needle exchanges and condom distribution.) Harm reduction shifts public discussion from moral condemnation of behaviors toward the mitigation of specific negative outcomes (disease, death, and so on). In this sense, it aims to minimize the role of morality in public policy. It’s therefore not surprising that harm reduction has often been criticized from a religious perspective.

Destigmatizing violations of God’s Law is central to the pagan project today. Tony Campolo’s wife wrote a LTE published in Christianity Today a couple decades ago promoting gay covenant unions as a way of mitigating gay promiscuity. And yet, as Shullenberger points out, the pagan projects have never really consisted of destigmatization, but only reversing stigma from originating with God’s Law to originating with the effluence of man’s most wicked lusts and thoughts of his wicked heart.

I think he’s right. Academic freedom has long been hypocrisy, and going forward, it remains untenable.

Back around 1995, I drove up to Greencastle for a lecture by George Marsden hosted by the faculty of DePauw University. At the time, Marsden was all the rage among Christian academics of the sort who subscribed to Richard John Neuhaus’s First Things. Marsden’s lecture flowed from his then-focus on trying to get higher ed administrators and faculty to allow Christians a place at the table. It was hard to differentiate his lecture from a sort of pathetic whining of the “aren’t we important, too?” sort.

During the Q&A, a man asked whether Marsden thought Buddhists should have a place at the table, also?

He responded, “Yes, every responsible religion should have a place at the table” (his emphasis).

My mind wandered in the direction of whether Old Testament Jews sacrificing their children to Molech qualified as a “responsible religion?” After the conclusion of the lecture, I introduced myself and explained some of my experience years past in Wheaton and at Gordon-Conwell, UW-Madison—now pastoring a congregation filled with faculty, administrators, and grad students just off the campus of Indiana University.

Then I put a question to him:

TB: If the academy gives Christian academics what you’re asking for; if Christians get their seat at the table and then use it to speak up in defense of the unborn, how long do you think they’ll last there at that table?

GM: Well, it depends on how tactful and wise they are in bringing up abortion.

TB: For the sake of argument, let’s assume the Christian does it with great tact and wisdom; how long will he last?

GM (repeating himself): I think it would all depend on how he spoke—on the way he did it.

TB: Well, look; let’s assume it’s you who is doing it, so it’s being done perfectly. How long do you think they would tolerate you speaking up in defense of the unborn?

TB: My point is that, even if you were the one who had a seat at the table and you spoke with perfect tact, diplomacy, and nuance as a true gentleman-scholar, the second you opened your mouth in defense of the unborn children being slaughtered, you would be removed from that table. The wicked women and men of academe will not tolerate the single slightest deviation from their bloodlust and it matters not one whit how that deviation is phrased or how respected the scholar is who does it.

More was said, and somewhat cordially. Marsden knew and respected my Dad, so after the above exchange I let him know I was Joe Bayly’s son. Now keep in mind this was a quarter century ago and look how Christian academics have now used their seats at the table to ram neutered Bibles down the throats of the sheep across the English speaking world.

The most helpful part of Shullenberger’s piece may be his mention of “Herbert Marcuse, the Marxist philosopher who implored the 1960s New Left to cease placing value on tolerance for its own sake, and instead to ruthlessly pursue tolerance of its own radical values and intolerance of the forces of reaction.”

The right now strategically uses the demand for freedom to reassert its own cultural position — much as Marcuse recommended the left should do. The left has demanded moral neutrality, conservatives complain, but now asks that conservatives accede to its moral values by, for instance, recognizing what it regards as deviant sexualities. In a similar way, the right falls back on the demand for free speech not in order to abandon its moral claims but in order to advance them.

Precisely right. There is no truce between Israel and Canaan or Jerusalem and Athens. Never was and never will be.

Fighting for academic freedom serves as no proxy for contending for the Faith once delivered. To mess with Lewis, they’ll tell you you can have your academic freedom, but then they’ll make sure you fall in love with it so very much that you’ll never use it. No Christian academic ever and anywhere speaks up in behalf of the unborn being slaughtered all around us, and if you demure by mentioning some lonely woman or man holding the terminal degree who does, you’ve made my point. She’s the exception that proves the rule.

What all of us involved in contending for the faith while hanging from the teat of higher education need to get into our heads is how and what the Apostle Paul preached to the Athenians of the Areopagus:

Being then the children of God, we ought not to think that the Divine Nature is like gold or silver or stone, an image formed by the art and thought of man. Therefore having overlooked the times of ignorance, God is now declaring to men that all people everywhere should repent, because He has fixed a day in which He will judge the world in righteousness through a Man whom He has appointed, having furnished proof to all men by raising Him from the dead. (Acts 17)

Ah yes, “an image formed by the art and thought of man.”

Ah yes, “the times of ignorance.”

Ah yes, “He will judge the world in righteousness.” 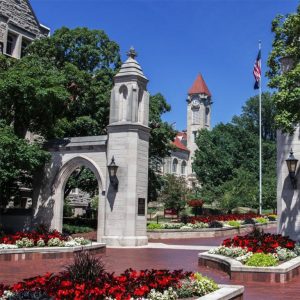 Such preaching would be anathema in Harvard Yard or Boston Common or Library Mall or Sample Gates today, but also at the annual meeting of the Evangelical Theological Society or any regional gathering of the Society of Christian Philosophers (as well as any church where these Christian academics hold their membership). Nothing could be more opposite to what Marsden and his successors believe is a responsible religious voice in academia than the actual words and arguments made here by the Apostle Paul to those uber sophisticates there in the Areopagus.

So then, we ask, was the Apostle Paul a scholar? Could he have held his own with Marsden, Anscombe, Plantinga, and George? But if so, how is it that today’s scholars have been reduced to fighting a retreat action in defense of academic freedom?

Yes, of course the Apostle Paul was a scholar; and yes, of course he could hold his own with any Christian scholar today.

Unlike today’s scholars, though, the Apostle Paul’s goal was not to prop up the Academy. It was not to prop up the Athenians’ pride. The Apostle Paul used his erudition to cause the best kind of sneers and riots possible, doing so in city after city, and then in Athens. The sneers he treasured were those sent against the Resurrection of our Lord Jesus Christ and the riots he cherished were those of the silversmiths whose idols were being smashed; the occultists whose books were being burned. 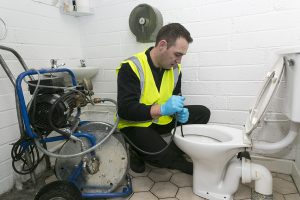 What we need today is fellow believers who work in the Academy as plumbers work on the toilet, opposing every leakage that is vile and in need of flushing. Is there anything as vile as the effluent of higher education corrupting our nation’s sons and daughters?

Those believers whose gift is not pipes and sewage, but minds and lies, need to recommit themselves to contending, not for academic freedom, but the faith passed down through two millennia now, by faithful scholars such as the Apostle Paul (whom almost everyone hated), Augustine, Aquinas, Luther, Calvin, Edwards, and the Good Doctor Lloyd-Jones.

The fruit of the Apostle Paul’s sermon on Mars Hill was ripe for the picking, smelling to those listening of both death and life:

Now when they heard of the resurrection of the dead, some began to sneer, but others said, “We shall hear you again concerning this.” So Paul went out of their midst. But some men joined him and believed, among whom also were Dionysius the Areopagite and a woman named Damaris and others with them. (Acts 17:29-34)