Should we be hopeful about PCA’s actions at their GA 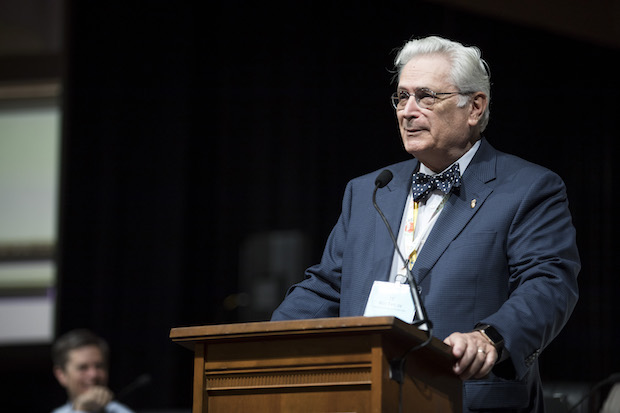 NOTE: Over at Sanityville, one man asked:

Isn’t anyone at least hopeful considering that all three resolutions passed by a clear margin? And that the people opposing the overtures didn’t deny the sinfulness of homosexuality. I don’t like the way Johnson qualifies the things he says like a politician but I think a case can be made based on 1Cor9:19-23 that it may be good to acknowledge our sin and specific areas of temptation as an encouragement to others who struggle with the same things. We certainly want people who struggle with homosexual desires to think that the church is a place where “such were some of you” people exist who want to encourage other sinners and not a place where you will be shunned if they find out that you have homosexual desires.

To which I responded:

We’re always hopeful because we know God is in His heaven and rules all things for His Own glory. But man’s history, starting with that recorded in Scripture, records the constant unfaithfulness of God’s people—not to mention those who don’t believe. We connive at sin, commit incest, persecute God’s prophets, refuse to allow the Lord to gather our children under His wings, disobey His commands, deny His authority, disrespect those authorities He has placed over us, demand our ears to be scratched… Do you not find this true?

I’m sure your answer is “yes,” so then we move on to this specific history of one tiny denomination which thinks of itself as reformed and always reforming, and we ask if their annual meeting this summer was a step in the right direction. Didn’t they make some statements about the sin of sodomite-temptation that are in the right direction and aren’t those statements encouraging? Also, is there not some benefit to confessing this sin of sodomite temptation/effeminacy/the gay aesthetic publicly as a way of encouraging others to confess these sins, also?

My own answers are likely not with regard to the first question and certainly not regarding the second.

Concerning the first question, for decades reformed presbyterians (and particularly those belonging to the national non-profit religious association calling itself the “presbyterian church in America”) have demonstrated their hostility to adhering to Scripture or their confessions concerning sexuality—both authority and intimacy. So now we have more words without deeds. This national meeting last month was only words—which are cheap.

Will they follow their words with deeds? Almost certainly not, given their history with Federal Vision where they were all blustery in passing statements against it, but then couldn’t find anyone they knew who actually believed what they condemned. Even two of the main national proponents of the false doctrine they condemned—Jeff Meyers and Peter Leithart—were exonerated by their fellow presbyters. Jeff Meyers was exonerated by his Missouri Presbytery as Greg Johnson has also now been by the same Missouri Presbytery.

When we consider that the present statements just passed are redundant in condemning sins and prohibiting men from holding office who give themselves to those sins (which the Westminster Standards already condemn, explicitly, in their exposition of the Seventh Commandment); and that none of these men supposedly firm in what they did at their annual meeting this year have anywhere used those Standards’ clear condemnations to discipline any of these men brazenly announcing and committing these sins; it would take a most credulous person to think adding a few statements even weaker than what those Standards already declare is a sign that is hopeful.

What reformed men here in the US have been demonstrating for many years is their intense hostility to disciplining anyone other than those who call for discipline. It is simply their coverup of choice to regularly pass statements—statements which usually say things their confessions already said which are things Scripture also already says. So in this latest particular case, we now have modulated statements repeating what the Westminster Standards already say about the Seventh Commandment which are themselves repetitions of what that Seventh Commandment and our Lord and the Apostle Paul already say in God’s Word. And thus our pile of plausible deniability before church members rises.

This is not cynicism. This is history and it is repeating itself in front of our eyes. Just watch. Keep your eye on the facts. Greg Johnson has been exonerated by Missouri Presbytery, and he’s just one of many hundreds corrupted by the organization’s Covenant Theological Seminary, which continues to sit and preen itself on its pedestal. If Greg Johnson and the hundreds of Covenant grads who are as wicked in their brazen promotion of sin leave this national, non-prophet, religious organization, it will almost certainly be their own choice to do so. What is most likely is that he and his filthy “church” will get tired and leave.

To the second question, maybe yes? Maybe it’s good for men to speak up about their sexual temptations as an encouragement to other sinners suffering the same temptations to come forward and confess them also, having the fellowship of similar believers and thereby knowing no temptation has taken us which is not common to man.

So now, John Doe here wants to talk to us about his love for goats and his desire to copulate with them. He has a zoophile aesthetic and is calling a conference hosted by his church and planned and staffed and attended by his fellow grads of his Covenant Theological Seminary with the goal of helping other believers living with goats who lust after them but have together committed themselves to celibacy to be accepted by the church just as they are—which is celibate!

Some here will take umbrage at this comparison, but will not produce any Biblical and doctrinally sound explanation for why it is illegitimate.

Effeminacy and sodomy are sexual perversions everyone everywhere and always has known are common among us. But they are also sins that we have covered by a modesty panel because of how contagious they are and the terrible shame Scripture attaches to them. “Degrading passions.” “Abominations.” Sodomy, incest, and bestiality are sins so terrible that God Himself has barely spoken of them in His Word, and then only with great restraint.

So now we’re supposed to escort them out of the closet and gab about them because it is helpful to other sodomites, pedophiles, and zoophiles. Now we hold conferences and publicize these sins and the sinners lusting after them because, supposedly, it’s good to know one another’s struggles and be encouraged by each other’s victories over temptations?

Every church has these sorts of sins in them, and there’s no reason to gab about sodomy without also going on to encourage all the pederasts, murderers (abortion, for instance), child rapists, thieves, liars, and child rapists in the church to come out of their closets and commence gabbing and networking, also.

Readers might be tempted to think this is harsh, but it’s not. It’s understanding the nature of these temptations and having true love for those suffering under them—a true understanding and love fierce enough to work for their protection, as well as the protection of others suffering similarly awful and shameful temptations. We have former effeminates, gays, lesbians, the incestuous, thieves, etc. in our congregation, and they are healed, by God’s grace. People know them. People know it, but no one gabs about it. Our former shame is covered with modestly panels which both protect God’s gift of shame while also presenting no obstacle to those who have repented strengthening those presently in the battle for repentance. The rule is sotto voce, if you know what I mean? This befits degrading passions and abominations.

Not because I am the author or have taken any single cent of royalties, but because there’s really nothing like it for getting a better understanding of these things, please do get a copy of our The Grace of Shame and read it.