Fr. Bill Mouser anticipates the presence of the Lord 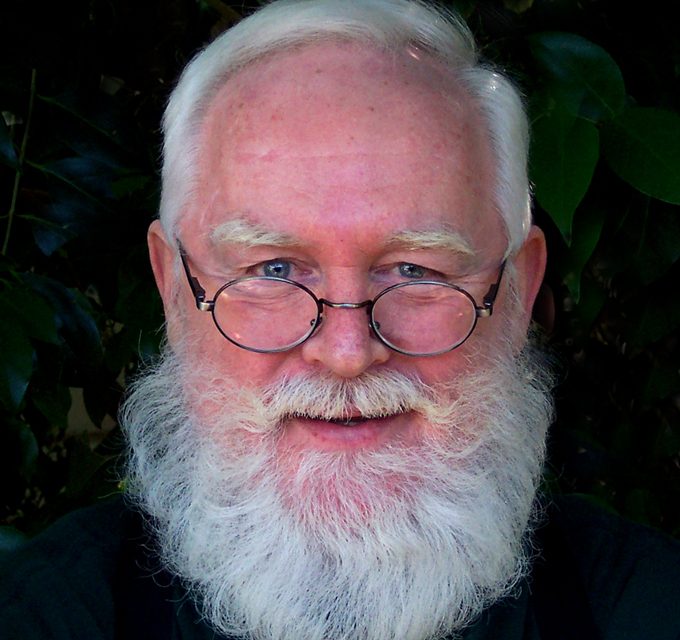 Fr. Bill Mouser has been a great encouragement to many of us for decades, now; and especially to me, personally. Back in 1997 when I took on the job of leading the Council on Biblical Manhood and Womanhood while serving Church of the Good Shepherd (now Trinity Reformed Church), I got to know Bill well. He was interested in CBMW’s work but he differed from CBMW significantly. Fr. Bill had a Biblical doctrine of sexuality that addressed all of life and thus he saw through CBMW’s ceding the public square, just trying to hold the line on the private life of Christians in the church and home.

Earlier today I found it humorous that the New York Times reporting on Litton’s election at the SBC Convention said Litton identified himself as a “complementarian, meaning he believes that women should not lead churches, and should submit to their husbands.”

Complementarians are minimalistic and stingy with God’s truth. After four years of work among them, its long been clear to me they are fully intentional in this hack job they’ve done to Biblical sexuality. Snip and trim God’s truth until you arrive at a coin that passes for genuine, but has lost its edge. Trim precious metal off the coin of God’s truth, but not so much that any of your constituents will wake up to your betrayal.

Trim down God’s truth enough to placate the New York Times, Christianity Today, Cru, Jim Packer, and Tim Keller. You can’t be a Reformed celebrity and have the Times labelling you an “extremist” who is “beyond the pale.”

So, back in 1987, these men invented a new doctrine of Scripture heretofore unknown across Church history. They coined a term for their downgrade of Biblical sexuality, calling themselves “complementarians.” Since then their complementarianism has wrongly been viewed by the sheep as the true summary of Biblical sexuality. From 1987 on, these trimmers have preened themselves over being the faithful and courageous defenders of God’s Creation Order.

They are not, and their conceit is hypocrisy.

Today, the best one can hope for is to find a pastor and church that still teach that God’s Order of Adam first, then Eve, protects the pastor being a man; then that this pastor himself will teach that the Christian husband is the head of his wife (assuming she’s a woman).

The Reformed church’s trimming of God’s Creation Order has then served more recently as the paradigm for going on to trim Scripture’s doctrine of sexual morality such that fidelity and chastity are merely:

No body parts in wrong places in the church, but feel free to be as much of a flaming gay/malakoi in character as you want. We’ll sell ourselves to our constituents as fighting the culture war against LGBTQism by saying “no” to gay marriage and gay intercourse, but showing how reasonable we are, we’ll rid the Bibles we sell of God’s word “malakoi.” And although we’ll have to make rumblings over Revoice given the stink it’s made among the sheep, don’t worry about it—we’ll never discipline Revoice. Be as gay as you want so long as you promise not to do that thing.

Despite such trimmings of Scripture’s doctrine of sexuality, Fr. Bill made common cause with me in the work of the late nineties and early aughts, opposing the sexual dreadnaught destroying the Western World.

Although it was clear CBMW’s then-president Wayne Grudem and I couldn’t walk together because we weren’t agreed, it took a few years before I resigned as CBMW’s executive director and a couple years more before I also resigned from CBMW’s board.

Complementarianism’s niche has always been fiddling around the edge of half-truths, but twenty years later it’s supremely clear half-truths don’t cut it when fighting the feminists and LGBTQists.

No one I’ve known or read has seen this more clearly than Fr. Bill. After reading or listening to him, I’ve often sighed and relaxed, knowing I was standing and fighting next to one of God’s marines. Not to my shame, but honor.

As the years have gone by, I’ve regularly recommended  the work of Fr. Bill and his dear wife, Barbara, who team-teach Biblical sexuality under the auspices of  the International Council on Gender Studies and its Bible study arm, Five Aspects Ministries. Check them out. Use their excellent materials.

Sooner or later, we all find ourselves doing the hard and humbling work of aging. We find God pruning our desires for earth that we may turn our eyes toward our True Home fast approaching.

A number of weeks ago, Fr. Bill was diagnosed to have chronic lymphocytic leukemia with Richter transformation. He sent an email out to friends and family explaining the seriousness of his diagnosis. As he put it, this particular form of lymphoma has “a very poor prognosis.”

As always with Fr. Bill, I was greatly strengthened by that email, so I asked his permission to post it here on Warhorn. Here is his response:

By all means, brother. Clearly I intend it to be pastoral, to the end that those whom I know will be grieved may take courage. Others facing a similar challenge and potential grief—if what I wrote encourages them as well, then I am grateful for that. Share it where you please.

Meanwhile, one of my constant prayers is that Barbara and I will conduct ourselves through these days so that we strengthen the faith of those who look on….

I’m grateful for the years of comradeship in the genuine issues of the day. If only more of our peers had been willing to join the fray!

Much love in Him,

With that, here is most of the text of Fr. Bill’s email. Please pray for Fr. Bill, his wife Barbara, and their children and grandchildren. And may I encourage you to write Fr. Bill rivilian@gmail.com thanking him for his faith in our God Who has overcome the world.

In my previous update, I expressed renewed optimism. With the latest news, Barbara and I are looking (statistically) at my departure from this world sometime this year. Maybe I’ll make it to my 75th birthday in early March 2022. So?

This is where the truths proclaimed in the Bible, the promises attached to the gospel which we believe, all come to the forefront of our thoughts. I am minded of St. Paul’s admonition in Philippians 4:4 – “4 Rejoice in the Lord always. Again I will say, rejoice!” What’s interesting is that when he writes this Paul is in a Roman prison (cf. Phil. 1:7, 13, 17), likely in Rome itself, where he would be executed in the near future. So, with the aid of his mature disciples Paul begins to set things in order in the congregations he has planted, and he rejoices and commands us all to always rejoice.

When I first began using the Book of Common Prayer to guide and shape my worship, I found a certain prayer in The Great Litany a puzzlement.

From lightning, tempest, and earthquake,
from plague, pestilence, and famine,
from all disasters by land and by water,
from battle and murder, and from sudden death:
Good Lord, deliver us.

Why ask to be delivered from sudden death? Surely, it is so that we may escape finding ourselves catapulted from this world with all sorts of messiness, disorder, and untended duties left in the wake of our departure. If – like St. Paul – we are provided a “prelude” to our departure, this is a blessing, not a curse. The prelude grants us space and motivation to put in order various things that are beneficial to those from whom we will be separated for a short time.

This raises a question – why fight powerful diseases at all? Why not adopt a completely passive posture toward them? This attitude seems to fit well with the many promises our Lord makes to us concerning the future resurrection. The question was also put to me by my nine-year old daughter Francesca when she was fighting what everyone expected to be a losing battle with a brainstem tumor.

One of the most pathos-drenched moments of her 16-month battle came at the most bizarre of times – while we were hurtling through freeway construction in the middle of Dallas rush hour traffic as we were traveling to an appointment with her oncologist. Suddenly, Francesca erupted in anger and demanded an answer to this very question. “Why are we doing all this?” It was a fair question for her to ask, for though the entire trial was making great demands on everyone in our family, the demands on Cheska were the greatest.
I framed my answer in the midst of zipping and zooming drivers who clearly gave no thought to their own safety, much less the rest of the traffic! It went something like this:

First, the God we worship created all life. He sent his Son to suffer death so that those who trust in Him can live forever with him. Though we all die, it is our fallen bodies which perish, which are raised again in the great Resurrection. Eternal life is God’s greatest reward to those who trust his Son.

Second, disease in Scripture is always a token of fallenness, of sin and corruption. We fight disease and death because they are the utter opposite of what our Heavenly Father is working for among those who trust His Son. Our Lord healed many of their diseases and maladies. That generosity was one of the most obvious signs that he came from God in Heaven.

The immediate result? Cheska almost instantly calmed her crying and composed herself. I’m ashamed to report that this surprised me. What I did not reckon then was Cheska’s faith – her faith in me, her father, to tell her the truth, and her faith in the Lord.

Twenty-five years later, my encouragement to my daughter is still good advice. I undertake what is, admittedly, a risky effort, likely the last one I’ll endure in combating this rare and deadly disease.

We appreciate so much your prayers for us at this time.

Much love in Him,
Fr. Bill Mouser