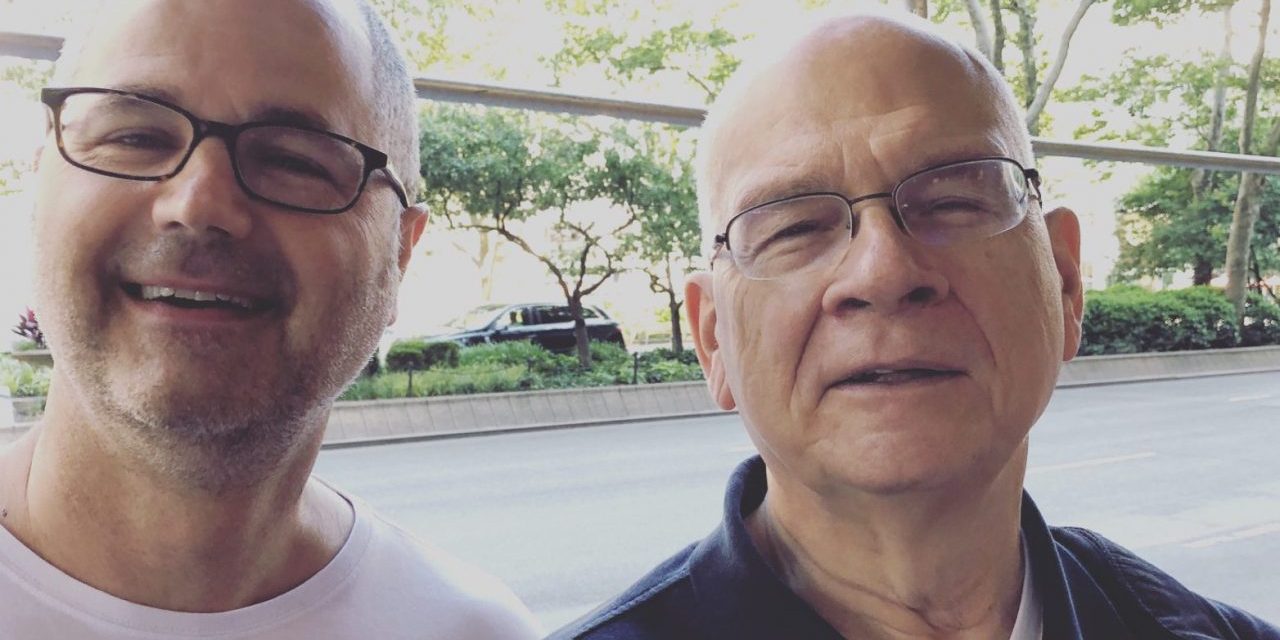 NOTE September 1, 2022: Since posting this back in June 2021, this along with our linked post, PCA Revoice Hall of Infamy, have had 34,000 views. Meanwhile, The PCA on homosexuality: the influence of Covenant Theological Seminary…  has been viewed 14,000 times and Covenant Theological Seminary and the decline of the PCA 21,000. Totalling 69,000 views, these three post don’t include the scores of other Warhorn posts documenting Revoice’s heresies which now are around 200,000 views.

Since writing this piece, the men behind this “AFaithfulPCA” lobbying effort have pulled their signatures and letters from the internet and taken down their website. In order to keep the record available for those reading these pages who are seeking information for search and pulpit committees as they try to find pastors who are wise and fear God, we have taken the documents from the Internet Archive and placed them here on Warhorn. Here is the original letter from a bunch of past moderators of the PCA introducing their “AFaithfulPCA” letter; then, here is that letter itself; and finally, here is the list of signatories to that letter.

Some group of liberals in the PCA joined together and wrote an open letter calling for those in their denomination still holding to Scripture’s doctrine of sexuality to stop persecuting them and just make nice. In anticipation of their general assembly later this month in St. Louis, they issued the longish letter that never strays far beyond, “Can’t we all just get along?”

The anonymous authors posted their letter at “afaithfulPCA.”

Claiming their Revoice, Covenant Seminary, and Missouri Presbytery are just as faithful to the Bible and the Westminster Standards as anyone else, they attached a sign-if-you-agree form and since have had hundreds of other PCA men go on record wanting peace in their time, also.

Someone emailed me the link a couple days ago and I read the letter and glanced through the names. Here are a couple observations. 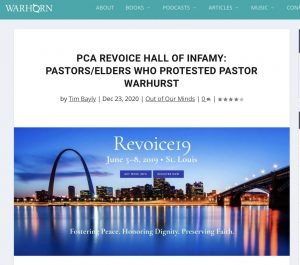 The list of names is the usual suspects. A large percentage of the names of these men styling themselves “afaithfulPCA” are the same men who signed the protest against the assembly’s adoption of the Nashville Statement as well as the protest against Steven Warhurst’s speech condemning Revoice. We’ve put together bios of these liberals. The post is titled PCA Revoice Hall of Infamy. Those interested can check out who these guys are and how much of the institutional power and money of the PCA they control.

This latest list of names includes, of course, the guys of Missouri Presbytery—especially the guys of Revoice’s Memorial Presbyterian Church. It includes the present as well as incoming president of Covenant Theological Seminary (Dalbey and Gibbs). It includes Covenant Seminary and Covenant College’s alumni; the employees of Reformed University Fellowship and Mission to the World; the moderators of past General Assemblies; and most prominently, the pastors and elders of the PCA’s wealthiest congregations.

This is the same old story repeated through the years in denominations around the world. Libs grab the money and power, then sue for peace.

And yet, concerning the letter itself…

In its tone and appeals, the writers seem afraid. The reader might almost conclude the PCA’s libs are fearful they may lose, but looking at their list of personages makes it clear they’ve won. Anyone half-awake knew this years ago.

Still, it’s my guess they are actually afraid.

They fear the Biblically orthodox, confessional non-spectacular backbone of the PCA will continue to depart their denomination, and that this departure will accelerate next year at their Birmingham general assembly. They want to stop the bleeding, or at least slow it down a bit.

Those are some initial thoughts. Maybe more later, but let me add that denominations make good servants, but terrible masters. If you want real peacemaking that preserves the unity of the Body of Christ and the pure doctrine of the Word of God, leave the PCA. Don’t look back. Let them have the power and money. God’s servants don’t need worldly wealth to do God’s work.

Join us in Evangel Presbytery. We submit to God and fear Him. We love one another and take the Westminster Standards seriously without thinking this is our security from decaying into the same heterodoxies and heresies the PCA has sold her birthright for.

For more information about Evangel.