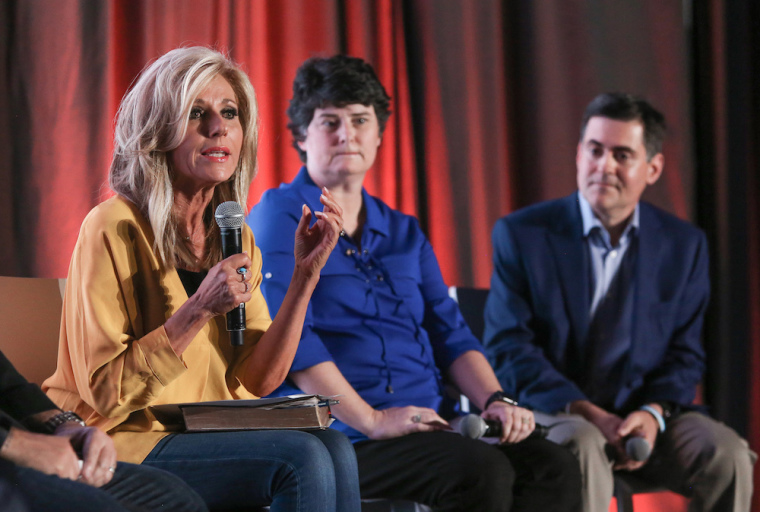 Someone recently made the wise observation that Russ Moore is the SBC’s Prince Harry. Spot on. The guy who tells the Queen how much he loves her, names his baby her pet name as a child, but joins his wife on Oprah weeping and wailing about how the racism of Windsor Castle almost drove Megan to suicide.

But the people who hate it? The people who want to back into the tent and drop a blanket over all the nakedness of their fathers—what are we to do? Simply turn aside and avoid talking about it? Is this fair to the queen? Should the poor Queen in her old age and mourning be abandoned to this sidekick to the harpy?1

But then there’s the serious problem of how to defend someone against charges of racism right now?

So it is with Russ. He’s gotten lots of promotion recently by the mainstream media in response to his narrative that his departure from the SBC is a matter of conscience demanded by the SBC’s culture of racism, sexism, and the coverup of dirty old men. Good luck to anyone who says he’s lying. Most reasonable persons would conclude that the man accusing Russ of lying is a racist or sexist, or maybe even a dirty old man.

Because “Poor Russ! Poor Russ’s wife! Poor Al Mohler having to watch all the racists, sexists, and dirty old men tormenting his dear friend Russ. Just imagine being on the receiving end of all those terrible death threats Russ tells us he and his wife have gotten! Now is the time for all the enemies of racism, sexism, and child abusers to come to the aid of Dr. Russell Moore.”

And right here, just in the nick of time, we have all the usual suspects—The Atlantic, Christianity Today, Al Mohler, and David French showing up to give props to Russ. He’s now headed to Nashville, and for sure Oprah is calling hoping for a tell-all interview with him and his wife. What a wonderful world we live in where men of Christian conscience can be so wildly popular among the rich and famous!

So if I’m a sceptic about it all, do I believe the SBC has no racists? Do I believe there are no sexists or dirty old men in positions of power in the denomination?

Not at all. Racism we always have with us. The church always reflects the culture. That’s why the Apostle Paul’s letters to the Corinthians make for such helpful reading today. And more specifically, speaking of racism, his letter to the Galatians. So of course the SBC has racists, and many of them in positions of power in the denomination.

Do I believe the SBC has many sexists, and a number of them in positions of power in the denomination?

Of course. Ahabs, Nabals, and Solomons we always have with us. The church always reflects the culture in this, too. Just take a look at President Trump whom we (yes, I voted for him) elected to the highest office in our nation.

Do I believe the SBC has many child abusers, and a number of them in positions of power in the denomination?

Of course. Sexual predators we always have with us. The church reflects the culture in this, too. If sexual predation was in Sodom; if it was in the homes of Noah and David; if it was a source of pride in the church of Corinth; then who’s surprised by it being in the SBC today?

Do I believe the SBC has many leaders who have refused to protect their sheep from the child abusers, instead helping to hide their great wickedness?

Of course. False shepherds we always have with us. This is the church today.

On a personal note, allow me an effort to forestall readers’ cynicism towards what I’ve written above, maybe saying to themselves, “Well, he certainly seems to have a high tolerance level for these terrible sins. Sounds like he’s jaded and just takes them in stride.”

No. Not at all. I’ve spend decades opposing racism the same way my parents did before me—doing so among the Fundamentalists and Evangelicals who were their colleagues and friends a good decade before the rise of our nation’s civil rights movement. I’ve spent decades opposing sexism by preaching, teaching, writing, and counseling a return to Godly manhood and womanhood. I’ve long been taking a costly stand against men not honoring and serving women, but serving themselves; and against women rebelling against men, dissing, spitting on, and emasculating them in the name of their goddess of rebellion. I’ve spent decades exposing and disciplining child abusers, as well as those leaders who try to cover up their crimes. The souls of our church and a number of other churches will testify to this, and because of our work in such cases our pastors and elders are hated by many in high places. (Were I to say which high places and famous people, readers might well gasp.)

So no, I haven’t written the above because our pastors, elders, or I myself have a bad conscience about the sins of racism, sexism, sexual abuse, child abuse, and the wicked men who listen to the Devil hissing at them to cover it all up. We oppose these sins forthrightly and have long paid the price of being despised by the men of the Evangelical and Reformed cliques.

Every man called and ordained to serve as a shepherd of God’s flock faces the question whether he will use his position to bring himself glory or give glory to Jesus Christ. It’s that dichotomous. That stark. That serious. You can’t serve two masters. You will either hate the one and love the other or love the one and hate the other.

What everyone yipping and yapping about Russ right now must acknowledge is that Russ has long been drifting into the wide, open sea of cultural acceptance, and he himself is the one who pulled up his anchor in Biblical orthodoxy in order to ride the ebb tide of cultural mob scenes. It is in no way cynical to rub readers’ noses in the plain fact that Russ has copped the most powerful posture in our Western culture today by couching his departure from the SBC in terms of his own and his family’s terrible suffering at the hands of sexists, racists, and dirty old men in positions of power in the Church. He plays the trump card of victimhood, and…

What the godly do is feed Christ’s sheep. Tenderly. Constantly. At great pain to themselves and their families without whining about it. Godly shepherds live among the sheep. They don’t live in the klieg lights because klieg lights aren’t found in stinky sheep yards. The godly don’t shout out their pain and victimhood. Never ever. The godly don’t lie about the words of God’s words as Russ has, thereby gaining even greater respectability among the chattering classes up and down the Eastern Seaboard. The godly don’t lie about sodomy as Russ has, inviting Al to his conference so they can join together in the lies. Godly men who shepherd flocks that include men and women of the LGBTQ temptations don’t connive at LGBTQism by saying their opposition to sodomitic marriage proves their courageous stand against the forces of evil.

It does no such thing.

Christianity is not a blessing, but a mortal wound no man can sustain in this evil world but through the indwelling power of the Holy Spirit. Thus men indwelt by the Holy Spirit are recognized by their other-worldliness.

As the Holy Spirit points out, to worldlings they are the stench of death, but what a sweet smell godliness is to God’s people! It is better than roses or the most precious spice or perfume.

Does the man who loudly proclaims he is the victim of Christian bigots, sexists, and dirty old men in high places within the Christian church gain or lose the world’s approval? Does he smell like death to the worldlings and like perfume to the flock of God and its shepherds?

Some would say “yes.”

Here’s a parable from Sören Kierkegaard:

Folios and folios have been written to show again and again how one
is to recognize what true Christianity is. This can be done in a far simpler way.

Nature is…acoustic. Only heed what the echo answers, and thou shalt know at once what is what.

So when in this world one preaches Christianity in such a way that
the echo answers: “Glorious, profound, serious-minded Christian, thou shouldst be exalted to princely rank,” etc., know then that this signifies his preaching of Christianity is, Christianly, a base lie. It is not absolutely certain that he who walks with fetters on his legs is a criminal, for there are instances when the civil magistrate has condemned an innocent man; but it is eternally certain that he who—by preaching Christianity!—wins all things earthly is a liar, a deceiver, who at one point or another has falsified the doctrine, which by God has been so designed, in such a militant relation to this world, that it is eternally impossible to preach what Christianity is in truth without having to suffer in this world, to be repudiated, hated, cursed.

But when one preaches Christianity in such a way that the echo an-
swers, “Away with that man from the earth, he does not deserve to
live,” know then that this is the Christianity of the New Testament.
Without change since the time of our Lord Jesus Christ, capital punishment is the penalty for preaching Christianity as it truly is: hating oneself to love God; hating oneself to hate everything in which one’s life consists, everything to which one clings, for the sake of which one selfishly would desire to have God’s aid to get it, or to console one that one did not get it, console one for the loss of it—without any change capital punishment is the penalty for preaching this in character.

May God give us humble shepherds who shepherd His flock faithfully, with great tenderness and love.