Russ Moore has been bad for many years… 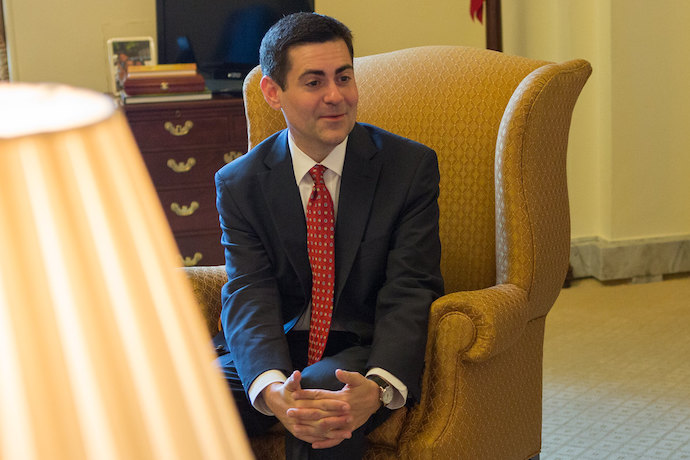 Almost five years ago we ran the following piece (here adding one last sentence) explaining my appreciation for Russ’s opposition to President Trump, but more distrust for him as a servant of God. Men of God must stand against the howling mobs, and as you’ll see below, it was clear many years ago that, rather than standing against them, Russ hungered and thirsted for their approval. My recent statements opposing Russ Moore’s copping a posture as suffering for his speaking out against racism and sexual abuse should be viewed in connection with the below piece from back in 2016 posted on Baylyblog.

The Federalist very much wants Russ Moore to continue working inside the Beltway. They tell us Russ is an effective ally in their work lobbying D.C. on behalf of conservative policies. They say he shouldn’t be penalized for being unflagging in his opposition to our President-elect, Donald Trump. In their view, “There is no more effective evangelical leader than Moore.”

Here are a couple comments from a northern presbyterian who knows and has worked with Russ, Al Mohler, and their SBC’s patriarch, Paige Patterson.

First, I commend Russ for not caving in his opposition to our President-elect (and I say this having myself voted against Hillary Clinton by voting for Donald Trump). Opposition from conservatives will be a healthy antidote to the relentless pressure Trump and Pence will face after taking office to—as the New York Times so delicately puts it—”grow.” Christians want and will continue to pray that these men grow, but not in the direction of New York City and its Gray Lady’s moral debauchery. To that end, Russ will be a good counterweight witnessing to truth, righteousness, justice, and mercy. Mostly.

But second, I say “mostly” because Russ himself has done the New York Times growth dance the past five years or so and I no longer trust him as a faithful apostle in the diplomatic service of our Lord and His Word. On a number of levels, Russ’s writing and speaking have demonstrated a yearning of the heart to be taken more seriously by the chattering classes of the eastern seaboard. It’s my perception this so-called growth began long before Russ moved there. The most flagrant example of this ingratiation has been Russ’s betrayal of those in bondage to homosexuality. Leading (or following) his best bud Al Mohler, Russ seems to have decided that, in order to continue to have a place at the table in the media’s post-Obergefell conversation, he must finesse some of his prior positions on sexuality, effeminacy, and sodomy.

To this end, Russ has carved out an ever-so-delicate spot to stand where he can say “no” to sodomy (arsenokoitai; lit. “men-lying-with-a-male”) while saying “yes” to gay (malakoi; lit. “soft men” or “effeminate”). This is a doozy of a betrayal of homosexuals, but it seems to be working as a defense against Russ being labeled a “hater.” Thus far, the New York Times and Washington Post seem to appreciate Russ’s nuances and continue to puff him.

Couple Russ’s newly finessed witness on homosexuality with his refusal to give up his high dudgeon against our President-elect, and it’s no wonder the chattering class feels comfortable working with Russ.

But what if guarding the good deposit is more important than keeping my seat at the media feeding trough?

Homosexualists are moving nationally to criminalize Christian counseling that seeks to help boys be boys and girls be girls. So Russ has announced he opposes this counseling also. Russ also came out in support of the gay “sexual orientation,” and his SBC patron, Al Mohler, took the occasion of a keynote speech at Russ’s conference in D.C. to announce he now believes in sexual orientation and “repents” of his past denial of the gay identity.

So, this past year I’ve been expecting to hear rumbling within the Southern Baptist Convention about Russ’s leadership of their Ethics and Religious Liberty Commission.

If they do remove him, I hope the story isn’t that the SBC wants to have the ear of the new Trump administration.

Rather, if he is removed, it should be because Russ is betraying men and women who are in spiritual bondage to sodomy, lesbianism, and effeminacy.

God has warned that “men-who-lie-with-males” and the “effeminate” will not inherit the kingdom of God. The man who deceives the lost concerning his sin and his hope of Heaven has no love for that man.

This is Russ Moore and his BFF Al Mohler.