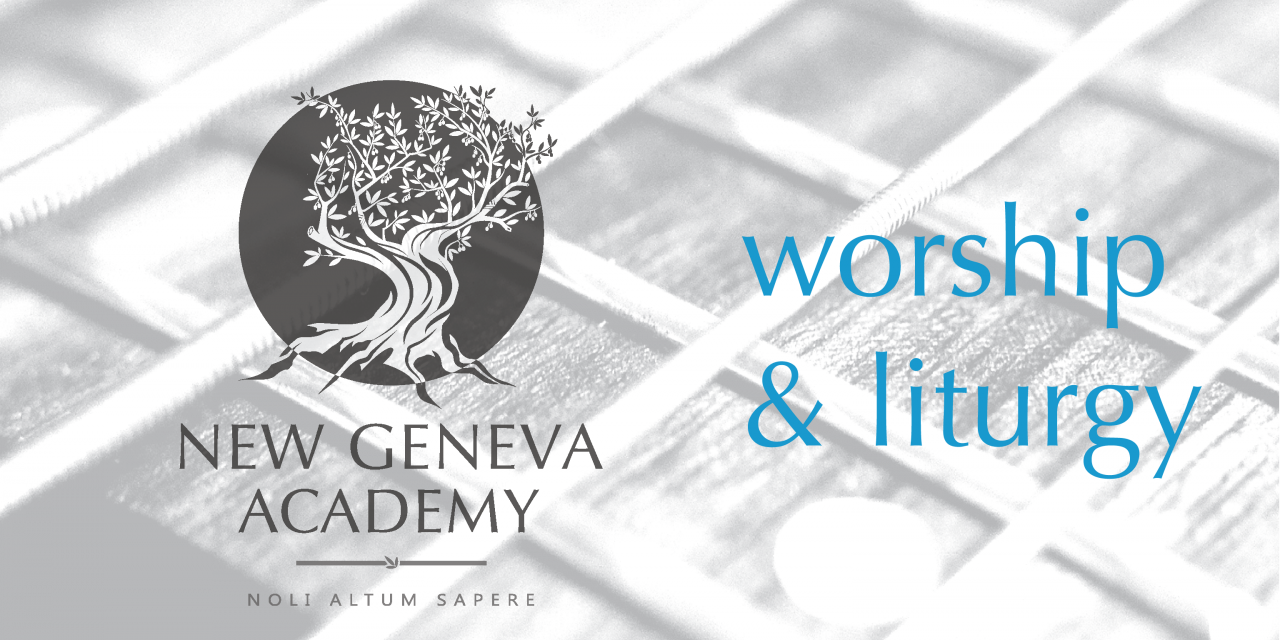 John Calvin and his Company of Pastors in and surrounding Geneva five centuries ago were long engaged in fighting a number of different worship wars.1 Much like today, the leading men of their parishes put constant pressure on Calvin and his fellow pastors to keep worship short—to preach shorter sermons and limit celebration of the Lord’s Supper to once a quarter.

The pastors submitted to the men in these two matters, so that the sermons were sometimes shorter and the Lord’s Supper was only celebrated in each parish once a quarter. Why did they give in on these matters?

They had larger fish to fry; specifically, Calvin’s intense battle with the town fathers over fencing the table during the celebration of the Lord’s Supper in barring notorious sinners from that Table. On this Calvin would not give in, and his faithful defense of the sacrament from the wicked and profane defined his periodic departure and return to Geneva. Thus we extrapolate that, along with his brothers in ministry, Calvin was willing to give in one some fronts in the worship wars in order to fight more intensely in his defense of the sacraments.

We can see this theme down through church history. Jonathan Edwards too had a number of conflicts with his leading men in the Northampton congregation, but he fought his defining battle over worship—specifically who would and would not be permitted to partake of the sacrament of the Lord’s Supper. In the end, Edwards lost this battle leading to his tragic departure from the parish.

Also today, those of us who serve the church as pastors and elders know the intensity of worship wars and have often had to make decisions about when to hold em, when to fold em, when to walk away, and when to run.

Calvin’s Geneva sang other songs in addition to the Psalter (including, for instance, the Ten Commandments and the Song of Simeon), but there are church officers today who have decided sticking solely to the Psalter and allowing the only instrument to be drums (in Africa) or a pitch pipe (here in North America) is the one hill they will die on.

Calvin and his fellow Reformers forbid the communing of young children at the Lord’s Supper, but there are church officers today who have decided that communing toddlers, babies, and infants are the hill they will die on.

Calvin and his fellow Reformers observed elegant liturgies and sang very simple melodies as a central part of the principle of Reformation simplicity in reforming Rome’s idolatrous worship of the Mass. But there are pastors and elders today who have adopted many pages of complicated prayers, readings, and other parts of liturgies, also calling their church members to gather and practice singing four or five part harmonies weekly outside of worship. As they see it, the worship war they intend to fight and win is bringing complication and elaboration back to what they felt was the unbiblical simplification of the Reformer’s reform of worship.

Worship wars are endless and conflicts over music have been at the center of those wars for the past three or four decades. Should solos be allowed in corporate worship? Should there be “special music?” Just piano, or also an organ? If an organ, electronic or pipe? If pipe, should we pay for a tracker, or settle for an EP, EA, or combo? Should any electronic instruments besides the organ be allowed? Outside of Africa, should drums be allowed? Kettle or a set? If a set, should it be tamed by being shut in by plexiglass? Should women serve the Lord’s Supper? How often should the Lord’s Supper be celebrated? Should the Table be fenced? If so, what words should be used? Is it enough to just print the fencing in the bulletin, rather than saying it out loud behind the Table?

Calvin and the Reformers required the people to lift their hands in prayer. Should this practice be reinstated? Many Protestant churches down through the centuries have had reading services an hour before the corporate worship service. In these reading services, a man designated for the work would read the Bible out loud, chapter by chapter, so that over the period of a couple years someone in attendance would hear the content of the entire Bible. Should this practice be reinstated? And if not, how much of the Bible should be read in each worship service? Which Bible version should be used in worship?

Should new songs and contemporary instruments be allowed in worship? How should female vocalists on the platform dress? What kind of mics should be used? What proportion of subjective songs of personal experience and sentiment should be used as opposed to objective songs of Biblical truths and doctrine? What should be done to get the congregation singing, and not just the leaders? What should be done to get the men to sing, and not just the women and children? Is the worship more woman-friendly than man-friendly?

Are the hymns too high for men to sing? Is any martial beat allowed in worship?

For many years people have said that if you really want to know a church’s theology, you need to listen to their music.

It is into this slough of questions that qualified men must wade. Pastors and elders must give themselves to their prophetic and shepherding tasks. Some of those men are knowledgeable about worship in the abstract but then have little practical knowledge of music and modest abilities to encourage God’s people in the work of worship. Trained musicians, on the other hand, may have spent years developing their ears and polishing their ability to perform but then lack the necessary heart to lead worship. They may know the musical semiotics of Bach’s counterpoint but lack any ability to lead cold-hearted worshippers to battle themselves by singing with faith.

What’s the solution? Is it to put already established pastors through musical training? In most cases, it’s too late for that. Who could take up guitar or piano when bearing the weight of a wife, three children, and the souls of a church? Should we be satisfied to suffer through and make a principle of banal and archaic settings of hymn and psalter texts so that we can merely complete what God requires of us, however coldly, and get to the parts of the service through which we can snooze lazily? Or, for the sake of connecting with those who visit the church, should we put the task of worship on the shoulders of some dude and his wife who for a few summers led campfire songs at a semi-Christian day camp? Should we settle for what we have or intentionally aim to reform the gathered-church’s task of glorifying God and enjoying Him forever?

The Master of Divinity in Worship & Liturgy at New Geneva Academy is designed to produce pastors who are skillful in leading God’s people in worship. Skillfulness in that task requires the blending of musical and pastoral training. Today, we need Levites who are dedicated to worship and liturgy, performing their work of leadership by trained hearts and hands. Several of the men who have come through our program are at work reforming church worship; you can see and hear their efforts as they bless the congregations of Evangel Presbytery on the Lord’s Day. The Psalm-settings of My Soul Among Lions embody the heartfelt, zealous, and humble expression needed in our worship today. We need more men in this vocation.

If you believe God may be calling you to lead His Bride in worship, we invite you to check out NGA’s Worship & Liturgy program. Hit us up on our contact page and have a conversation with us.