A few lessons from Abraham Piper 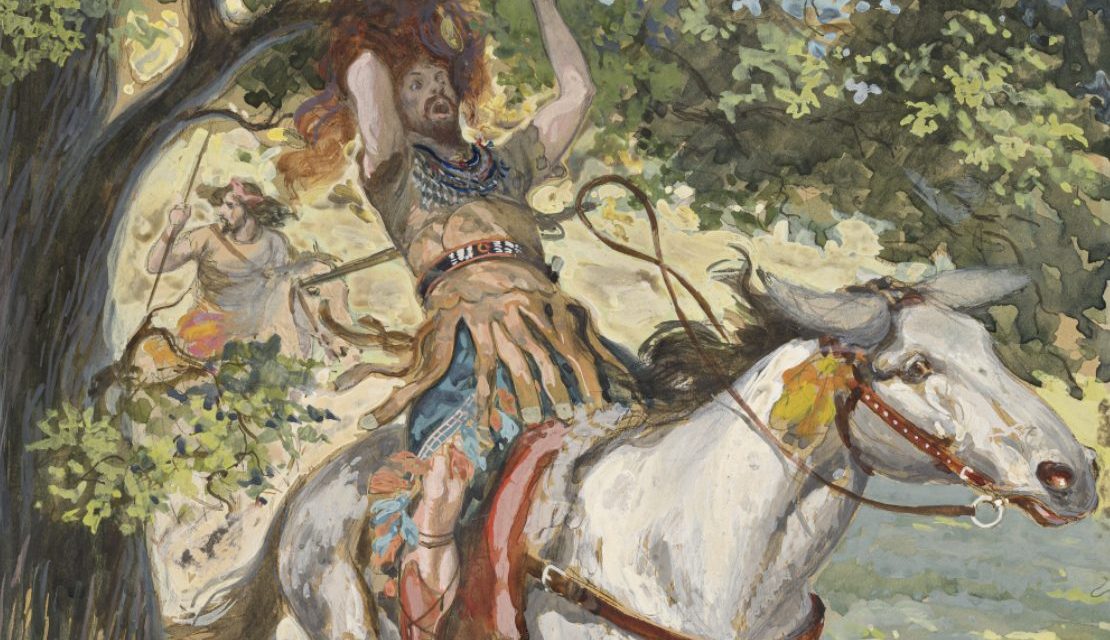 Twenty years ago, the church where John Piper preached and raised his children excommunicated his son, Abraham. Four years later, Bethlehem Baptist restored Abraham to the fellowship of the Lord’s table. After the restoration, John described those four years of Abraham’s life:

…for the next four years, he was walking away from the Lord, trying to make a name for himself …and just doing anything but destroying himself. We were praying like crazy that he wouldn’t get somebody pregnant, or marry the wrong person, or whatever.

Commenting on the Parable of the Seeds and Soils in his excellent book, The Waiting Father, Helmut Thielicke made an observation that is helpful concerning apostates such as Josh Harris, Franky Schaefer, and Abraham Piper—”The anti-Christian is always a half-Christian gone mad.”

Such men are spoken of in Hebrews providing us the strongest warning of that book of warnings:

For in the case of those who have once been enlightened and have tasted of the heavenly gift and have been made partakers of the Holy Spirit, and have tasted the good word of God and the powers of the age to come, and then have fallen away, it is impossible to renew them again to repentance, since they again crucify to themselves the Son of God and put Him to open shame. For ground that drinks the rain which often falls on it and brings forth vegetation useful to those for whose sake it is also tilled, receives a blessing from God; but if it yields thorns and thistles, it is worthless and close to being cursed, and it ends up being burned. (Hebrews 6:4-6)

While it’s true the sin of backsliding can be a habit, and also that repentance makes all things new, even to seventy times seven (as our Lord said1), what each of these men has done and said publicly makes any follower of Jesus Christ tremble for their souls. 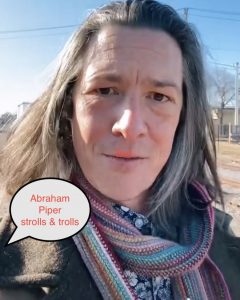 As he mocks his father’s God and the Holy Scripture his father preaches, Abraham Piper’s filthy language strikes the listener as the nonsensical rants of a lunatic. But then one stops to consider Abraham’s vitriol, realizing only hatred could produce such mockery and scorn for the Father Almighty, Maker of Heaven and Earth. Abraham vociferously denies he’s attacking Christianity, but the effeminate is a liar.

It’s worth noting that Abraham began building his fame on TikTok within two weeks of his Dad attacking Christians planning to vote for President Trump last Fall. Reading John’s piece back at the end of October, I commented to my wife I was guessing John wrote it trying to appease some family member. Which would be understandable—that desire to appease, that is.

Never mind. Being now deep into his trolling viewed by millions, Abraham is not likely to respond to any Christian attempting to mollify him.

Yes, there’s a lot more to be said about guys like Josh, Franky, and Abraham…

For now, meditate on the eternal destiny of your own soul as well as the souls of your wife, children, and grandchildren. Plead with God for mercy towards those you love. Love them by disciplining them firmly. Love them by taking joy in them extravagantly (John’s adverbial habits are contagious).

Which is to say, raise your children—each of them—in the nurture and admonition of the Lord, remembering what God said about Abraham and his children:

For I have chosen him, so that he may command his children and his household after him to keep the way of the LORD by doing righteousness and justice, so that the LORD may bring upon Abraham what He has spoken about him. (Genesis 18:19)