He descended into Hell: Jesus and the Woke 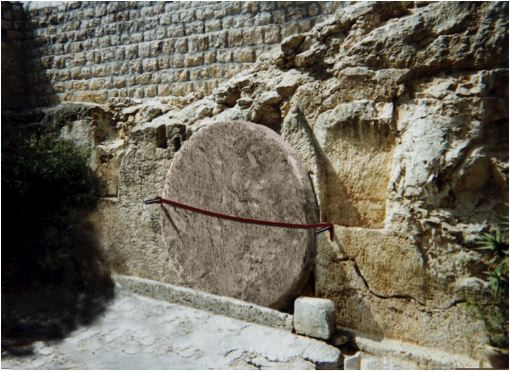 The women crusaders of Black Lives Matter and MeToo are not bringing about moral reform and progress any more than Carrie Nation’s Prohibition or Margaret Sanger’s Birth Control Movement a century ago.

Whatever progress there is comes through full acknowledgement of one’s own guilt and repentance—not claiming victimhood and accusing everyone else.

Note the words John the Baptist used to confront the religious leaders when they came seeking his baptism:

But when he saw many of the Pharisees and Sadducees coming for baptism, he said to them, “You brood of vipers, who warned you to flee from the wrath to come?” -Matthew 3:7

The black women behind Black Lives Matter are today’s religious leaders. If you don’t think that’s how they and their disciples view their cause, listen to their language noting their incessant declarations of self-righteousness. They are black Carrie Nations brandishing their tomahawks and shouting in a new moral law utterly opposite to God’s Moral Law.

Among many other forms of wickedness and degradation they are committed to, they are hell-bent on silencing God the Father from Whom all fatherhood gets its name. They despise fatherhood and any family that cares for the next generation as God commands, wife under husband and children under father and mother.

Go to their site and spend a couple hours reading who and what they are. In their own words. Then imagine them coming to John seeking his baptism. Think what John would say to them.

Neither BLM nor their Southern Baptist and Presbyterian Church in America supporters are bringing in any slightest righteousness. This is not a true revival that honors God. It is the revival of the Canaanite horrors that filled their cup of wickedness to the point that God commanded the Israelites to take their land and wipe them out.

Sexual perversion and the slaughter of babies are the sacraments of the social justice warriors’ BLM, MeToo, and Revoice. These women and effeminates aren’t prophets of any slightest part of truth or morality

BLM is as effective in ending racism and MeToo in ending sexual abuse as Carrie Nation was in bringing drunkenness and violence and Margaret Sanger bringing poverty and rape to an end. From the very inception of their crusades, these women and men are perverse, so why are you, good reader, casting a longing eye at them? Why are you hedging your bets, trying to show yourself sensitive to their concerns?

We have arrived at the point where the only authority or power recognized is victimhood. These incessant claims of victimhood are what moral crusades such as Black Lives Matter, MeToo, and Revoice have in common.

But the Church? What does she preach?

Jesus never taught anyone to claim victimhood. Just the opposite: Jesus called men and women to look inside themselves and take responsibility for their own wickedness and turn to God in repentance.

And He also told this parable to some people who trusted in themselves that they were righteous, and viewed others with contempt: “Two men went up into the temple to pray, one a Pharisee and the other a tax collector. The Pharisee stood and was praying this to himself: ‘God, I thank You that I am not like other people: swindlers, unjust, adulterers, or even like this tax collector. I fast twice a week; I pay tithes of all that I get.’

“But the tax collector, standing some distance away, was even unwilling to lift up his eyes to heaven, but was beating his breast, saying, ‘God, be merciful to me, the sinner!’ I tell you, this man went to his house justified rather than the other; for everyone who exalts himself will be humbled, but he who humbles himself will be exalted.” -Luke 18:9-14

The Wokeism of BLM and MeToo is a hell-hole of Pharisaical self-righteousness. That the people of God are climbing on their bus is proof of the refusal of the church today to preach repentance.

The sheep hunger for it and have found women demanding it of them. But these women’s demands are in service of every form of wickedness and rebellion that filled up the cup of Canaanite wickedness, “defiling their land” and causing it to “spew them out” (Leviticus 18).

What is at stake with Black Lives Matter, MeToo, and Revoice today is whether the Church of our Lord will join and seek absolution from the wicked preaching self-righteousness, or will return to preaching the righteousness of God which leaves every last man naked in his shame.

Repenting and believing, we are washed in our Lord’s blood and clothed in His righteousness. Then, by the power of God, we give ourselves to those good works He has decreed for us. We stop trying to bring in the kingdoms of women and men, instead setting our sights on the Kingdom of the Risen Lord Jesus Christ to Whom God the Father has given all authority in Heaven and on Earth.