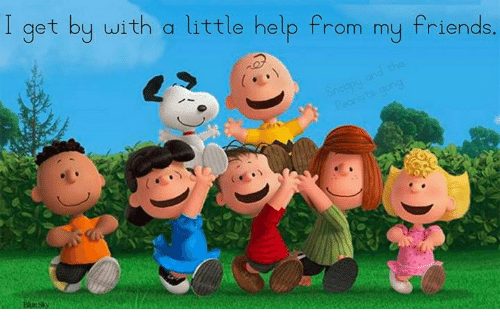 At Warhorn, we work a good bit on sexuality, yet our foundational concern has always been the reform of the church; to calling the sheep to honor their shepherds and those shepherds to the faithful exercise of the authority delegated them by God for the building up and protection of His flock.

This is a slightly different calling than three other men I have long found helpful: Peter Jones, Cal Beisner, and Doug Wilson. Peter focusses on sex and culture, Cal on economics, natural resources, and culture; and Doug on politics and culture. First, a warning. It’s tempting for us in our reading to focus on cultural battles. Reformed Christians are squeamish about the Church. We tend to see Her mostly as a take or leave proposition—and there’s some truth to this. We are to love Christ’s Bride and this can’t be true without love for a local congregation we are numbered among.

But note the relative ease of reading criticism of cultural views on gender, earth-keeping, economics, law, and politics to criticisms of the Church. Criticism of views and people outside the church feel relatively safe to us while pieces critical of men in our own denominations or Christian celebrities like Al Mohler, Tim Keller, John MacArthur, and the ESV men isn’t comfy at all. The Church is our own stall and we prefer not to mess it up with personal conflict.

While it’s true we sometimes change churches, we almost never give ourselves to the sort of painful and personal reform of the church of Luther, Calvin, and Knox. It’s not that the Church doesn’t need reform today, but only that doing what’s necessary on the local, personal level messes with close relationships.

It’s more comfortable turning mouths and keyboards on enemies outside the camp. But as I’ve been saying, we must not neglect reform in the Church. The pulpit leads the world,1 and thus each of us must listen to warnings about the sins of The Gospel Coalition, Peter Leithart, Harvest, Tim Keller, Russ Moore, Al Mohler, John MacArthur, the ESV men, and Tim Bayly.

Here are men whose gifts from God help Christians think with a Christian mind. You can subscribe to Peter and Cal’s email feeds and watch Doug’s blog. I think you will find them a great help. Peter’s latest email:

I wrote this text on February 25, 2021, a day when stunning events occurred in the USA that are massive “legal” attacks on the opening line of the Bible: “So God created man in his own image, in the image of God created he him; male and female created he them” (Gen 1:27).

The Equality Act that passed in the House on that day, voted by every Democrat member, including the provision to remove any defense for religious principles, requires that virtually every restroom, locker room, and dressing room in America be open to transgender individuals. At this level of bathroom intimacy, our children will learn that there is no opposite sex. This was underlined by Democratic House leaders announcing a package of ethics and legislative reforms for the 117th Congress that included the elimination of the terms father, mother, sister and brother.

The Equality Act rules will apply to shared hospital rooms or wards, locker rooms, public or group showers, jails, prisons, juvenile detention facilities, homeless shelters, overnight drug rehabilitation centers, and domestic violence or rape crisis shelters. This is a very practical outworking of Oneist sexuality, in which there are no sexual distinctions. Radicals are applying to the culture their refusal to accept the distinction between God the Creator and his creation. The pagan, who refuses to submit to the Creator and to the witness of Nature, loses all sense of creational identity, plunging into a confusion of monistic sameness.  Click here to continue…

Troubled by the “Social Justice” and the “Woke” Movement? Here’s Help!

“Social justice.” Who in America today isn’t aware of how controversial that term is?

It’s at the center of a movement that is turning this country upside down. Call it the “Woke” movement, or “Woke Progressivism,” or “Cultural Marxism” with its “Critical Race Theory,” “Critical Gender Theory,” or just plain old “Critical Theory”—by whatever name, it’s tearing apart families, churches, and the nation as people line up on opposite sides of a very basic question:

What does it mean to do justice, love mercy, and walk humbly with our God (Micah 6:8) in twenty-first-century America?

If “social justice” meant simply equal justice for everyone in society, there would be nothing wrong. It would be totally Biblical.

Unfortunately, that’s not what it means to the SJW’s (social justice warriors) of the Woke movement.

Dr. E. Calvin Beisner makes a compelling case that Biblical justice is in many respects the very opposite of what now goes by the name of “social justice.”

Crucially important, embracing “social justice,” by twisting the meaning of justice itself, leads inexorably to a corruption of the gospel, the good news that sinners are justified—declared righteous in God’s sight—not by our own meritorious works but by grace alone through faith alone in the meritorious work of Jesus Christ alone in His atoning death and vindicating resurrection. “Social justice” leads directly back to a pseudo-gospel of justification by grace plus merit through faith plus works—not just Christ’s saving works but also our own.

Though the “Woke” movement has burgeoned mainly in the last three years, Dr. Beisner has been way ahead of the game. He began intense studies of the meaning of “justice” in the Bible in 1983, working on his master’s degree in economic ethics. He continued them in 1984–1986 chairing the economics committee of the Coalition on Revival; in 1986–1988 in writing his introductory textbook on economics, Prosperity and Poverty: The Compassionate Use of Resources in a World of Scarcity; in 16 years of teaching ethics and economics at Covenant College and Knox Theological Seminary; and in writing his booklet Social Justice vs. Biblical Justice: How Good Intentions Undermine Justice and Gospel.

Social Justice vs. Biblical Justice can help you explain to your children, their friends, your neighbors, and your fellow church members what the confusions are and how to correct them.

Knowledge alone won’t solve all our problems. There must also be changed hearts. God changes hearts through the gospel—and Social Justice vs. Biblical Justice clearly explains, too, how justice and the gospel are related.

Help bring peace, reconciliation, and true justice to your community. Get Social Justice vs. Biblical Justice now and share it with others! For more…