How beautiful are the feet 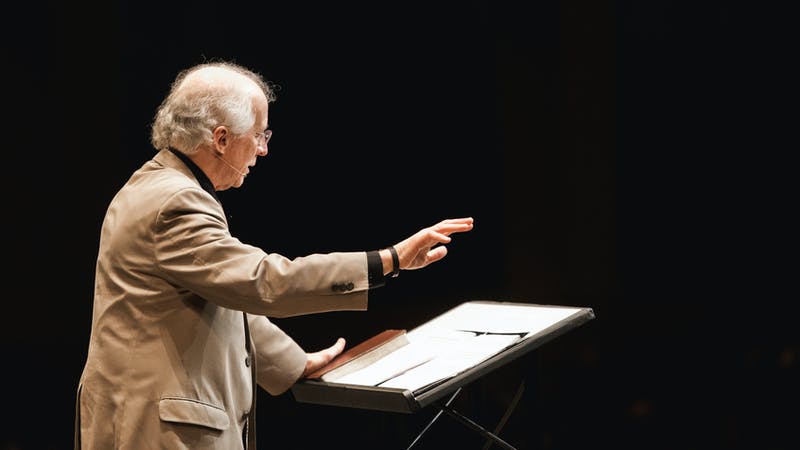 This past couple of weeks, we’ve all been sobered as tech’s robber barons removed political arguments and convictions contrary to their own from public discourse. Emboldened by the election and Capital riot that ensued, they took another large step in their program of deleting the great unwashed from their platforms. Those still committed to apple pie, motherhood, guns, and more than two children may be ignorant if they choose, but they’ll do it only in their ghetto. The masters of the universe will see to that.

It’s easy for these people to recognize each other. They’re all solipsists. Having cast out the God Who made them, all that remains is themselves. The man who considers only a few things has no trouble making up his mind, and liberals only consider themselves.

They claim they speak and act out of their virtuous commitments to care for others in matters like racism, class equity, and global warming. This big lie is necessary so people pay less attention to their violent attacks on God’s moral order. Who they are becomes most visible through their insane promotion of things as profoundly self-destructive as sexual perversion and as profoundly inhumane as baby slaughter.

Having no law higher than self-will makes libs predictable in their rebellion. Hating God and neighbor, they sink into selfishishness’s bottomless pit. They oppose God and His Law of Love. They are their own law, their own authority. And to the degree that they must claim or swear submission to some authority outside themselves, their words and actions quickly give evidence of the most gross kind of hypocrisy. Take, for instance, their writing of legal opinions claiming our U.S. Constitution mandates sodomitic marriage and the slaughter of the unborn.

Liberals’ laws and justifications are such lunacy that our children read Jonathan Swift’s A Modest Proposal and stop to inquire when it happened?

But what about libs’ inferiors—those wearing MAGA hats who have no college or graduate degree and work with their hands?

We may think one of the ways we’re in a better place than four years ago is the distrust commoners have for the media now, but stop and consider how long it’s actually been that our Fourth Estate has been stupefying the sheep. It has a certain cumulative effect, doesn’t it?

Then too, note how even the most humble of our electorate love to be stupefied. Yes, the media’s legitimacy has taken hits these last four years, but we aren’t left with replacement authorities that have stepped into the vacuum to instruct any willing and teachable electorate in the paths of justice and righteousness.

We Christians who are members of Christ’s Church called to be “the pillar and foundation of the truth” did all this to ourselves and deserve the relatives and neighbors we have, the world we live in. For many decades we who follow Jesus have refused to listen to God’s prophets. When they dared to preach God’s law and judgment, we called them “moralists” and kicked them out of our pulpits. They didn’t “get it,” did they?

Has the church’s hostility to God’s Law really escaped our attention?

With God’s prophets down at the bottom of a well and our pulpits filled with foreign accents, we went on with our deconstruction to demand the censorship, not just of God’s Law, but also God’s Word.

We refused to call our race “man,” despising that male inclusive “adam” which God Himself named us.

We stripped a third of “father” and its cognates from our Bibles.

We removed the male inclusive “brothers” from the New Testament epistles written by the holy Apostles and inspired by the Holy Spirit.

We deleted “effeminates” from 1Corinthians 6, then went out and partied with Revoice at presbytery and general assembly.

Each of these gags placed over the mouth of God’s Special Revelation was bad enough in itself, but worse is the larger picture it draws of our willful repudiation of God’s entire authority. It’s not as much that we reject male and female as that we reject the authority of the Father from Whom all fatherhood gets its name. When men who claim to believe in the plenary inspiration of Scripture gag God’s very words in ways perfectly predictable and consistent with political correctness, the real larger project of rebellion is clarified.

It’s not sex. It’s authority, from God down to husbands and fathers.

Still, we claim we honor God and His ministers of the Gospel, as well as husbands and fathers who belong to Him.

These Biblical truths have been universally taught, preached, and lived across Church history, yet the church today is silent. Maybe men (see how that word sticks out) feel having a man or two say these things is sufficient, but it’s not. We don’t say them to be your sabbath goyim, but to exhort and encourage you to take up the work yourselves. The souls of your family and fellow Christians—not to mention your neighbors—depend upon your witness.

These little ones are ignorant and your Master has commanded that you be salt and light. Are you without savor? Are you hiding under a bushel?

But of course, you know the cost you would pay, don’t you? So now, let me give it to you straight.

What we must face is that we have only ourselves to blame for the rebellion and lies now oppressing our nation. We ourselves first tolerated, then promulgated, those lies within Christ’s Church. We the Church first chose idolatry, yet now we act as if we’re shocked to be taken into the Babylonian captivity our Heavenly Father promised?

We refused to let God speak for Himself in His Word and words.

We refused to listen to His prophets.

We surround ourselves with egotistical and vain pastors who scratch us where we itch.

We pay seminary profs to keep the pipeline filled with geldings.

But what will we do in the end?

What we must pray and work for is the awakening of the Church. Don’t worry about the world; the pulpit leads the world. Worry about the Church and her pastors. Until we begin to preach God’s truth, God’s whole truth, and nothing but God’s truth from our pulpits and during the week online and from house to house; until we preach God’s truth precisely where it is under attack, nothing will change in our nation. Nothing.

The solution to our political bondage is not political, but spiritual revolution. Fire your pastor. Promote your deacon who actually fears God and trembles at His Word. Get a real shepherd to tend your flock.

Your soul and the souls of your children—not to mention your neighbors—all hang in the balance.