According to His purpose: a life of a church-planter 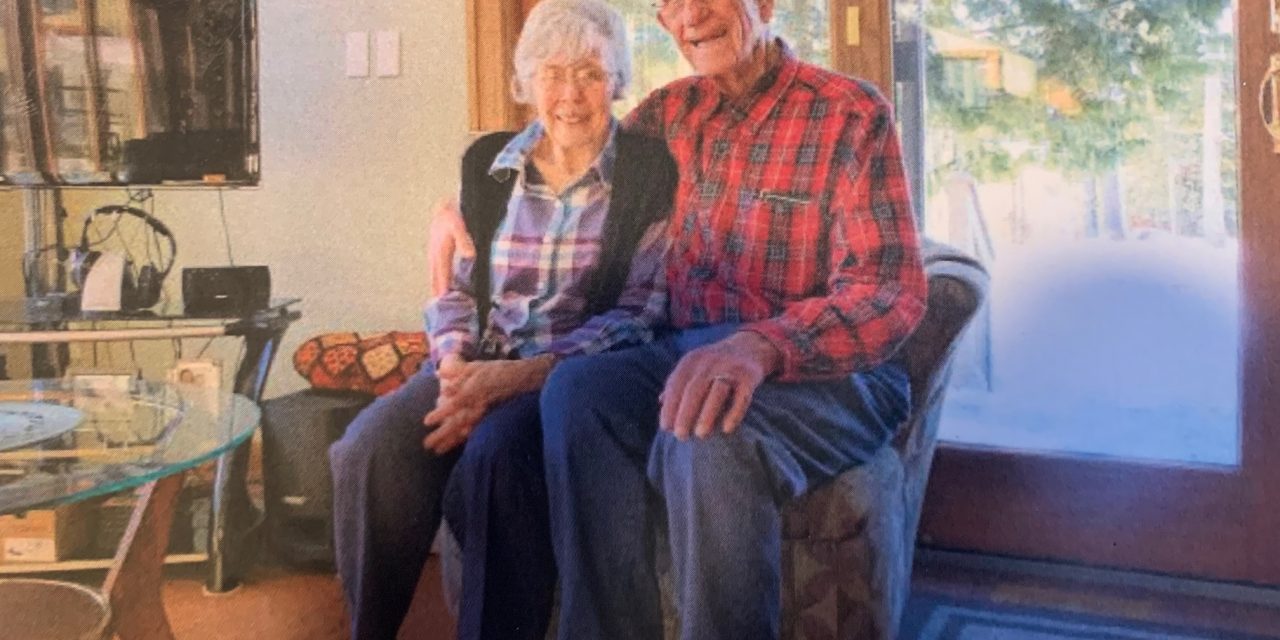 Just now I finished Dr. Don Walker’s memoirs titled According to His Purpose. Don and his wife, Joyann, were missionaries who spent their life planting churches in Germany. Don also worked many years organizing and taking trips behind the Iron Curtain in order to aid believers in various countries there with (mostly) the distribution of forbidden Bibles and Christian literature.

After retiring from their church planting work in Germany and returning to their family farm in Indiana, Don continued to serve the Lord short-term in various countries including Malaysia, India, Nepal, and Croatia.

A number of years ago, I had the privilege of meeting Dr. Walker. He joined us one Sunday for Lord’s Day worship, and as I greeted the congregation in the doorway of the church afterwards, we were introduced and had a very brief conversation. As I said, this was some years ago, but even then I was able to express to him what a blessing his descendants had been to us as a congregation.

This blessing has particularly come to us through three of Don’s grandchildren, Ben, Aarin, and Josiah. In the years since I met Don, we here at Trinity Reformed Church have watched Ben and his wife, Katie, receive God’s blessing of a little child, a girl named Ilse whose adoption was finalized a year ago. Then, just yesterday, Aarin and his wife, Jeanna, also received God’s blessing of a little child, this time a great-grandson to Don and Joyann whom Aarin and Jeanna named Wesley Benjamin Walker.

We’ve been blessed in many ways by Don and Joyann’s descendants. Mrs. Ben (Katie) Walker served the church as our office manager and helper for several years, and what a joy that was! We still miss her sweet presence, although the Lord has provided very well for us in her departure through our present complementary pair of Judy and Maggie. If you read Warhorn posts or listen to our podcasts, you may already know Katie well. She has written several posts that are very helpful to those who suffer, but if nothing else, you simply must listen to this interview Katie did with our daughter, Michal Crum. You will grow in your faith in God’s goodness as tears flow. Then listen to this account of God’s provision of Ilse to Ben and Katie.

But back to According to His Purpose…

Readers would be excused for thinking this mention and commendation is motivated by personal gratitude, but it’s not. I write commending the book because it’s such a refreshing reminder of God’s goodness and individual care for His people recorded by a brother in Christ who writes as if he’s merely an inconsequential observer of himself, his wife, his family, and all God accomplished through them. It scarcely seems possible in our narcissistic and self-referential age such a man still exists in the American church. Where is the pride? The self-promotion? The condescension? Or, at a minimum, the leaving to the side, or hiding of, failure?

Doesn’t this brother know how missionary biographies work, and their purpose?

No, to the glory of God, he doesn’t, and so we have been given a splendid life worth every minute of our time reading it! Accounts of failures that are laugh-out-loud funny, in large part because of the constancy of that now-extinct trait among Christian leaders that used to be known and called “self-deprecation.” Don’t ever trust a Christian who lacks a sense of humor, and so you’ll be happy to know you can trust Dr. and Mrs. Don Walker. Funny stories about border patrols, Pentecostals, and shoes. Funny stories about their landlady who tried to rid herself of their occupancy of her flats by throwing urine on their front porch day after day. Funny stories really quite predictable and sad about Don being fired by his mission agency, the part of the book I found most poignant having grown up in Wheaton among missionaries and mission executives and their children as well as having attended Columbia Bible College for a year (since renamed Columbia International University).

These memoirs are endearing. If you read them, you too likely will find yourself trying to figure out if there’s a reason you can arrange to be in Grand Rapids, Michigan, so you can visit this dear brother and his wife now moved from their family farm into Edison Christian Retirement Home.

Back when our church was first getting to know the Walker clan, Ben told us his Dad, Matthew, was coming to town, and I asked if I could have some time with him?

We met and talked, and this was my introduction to Don Walker. I like men who do the same work as their Dads did, and that is Matthew. He loved his Dad and went into missions work in Germany and Romania, himself. We knew his sons before him, but meeting and talking with Matthew that day let me in on what was immediately obvious, that the acorns had not fallen far from the tree. (Reading Matthew’s Dad’s life makes the same thing clear about the previous generation.)

So here are succeeding generations of men walking the same path of angular zeal for Jesus Christ and His Church, with an emphasis on zeal. One thing you wouldn’t know from the book, but I’ll tell you. Talking with Don’s son, Matthew, he said when he began his own missionary work in Germany, his Dad advised him, “never have anything to do with missionaries from the United States.”

Now maybe you’ll want to buy the book from Amazon and read it, as I myself did.

Thank you, Don (and all the family members who helped him), for this wonderful testimony to the glory of God at work in and through one simple and straightforward Christian man and his wife.