Storming the Capitol: some perspective 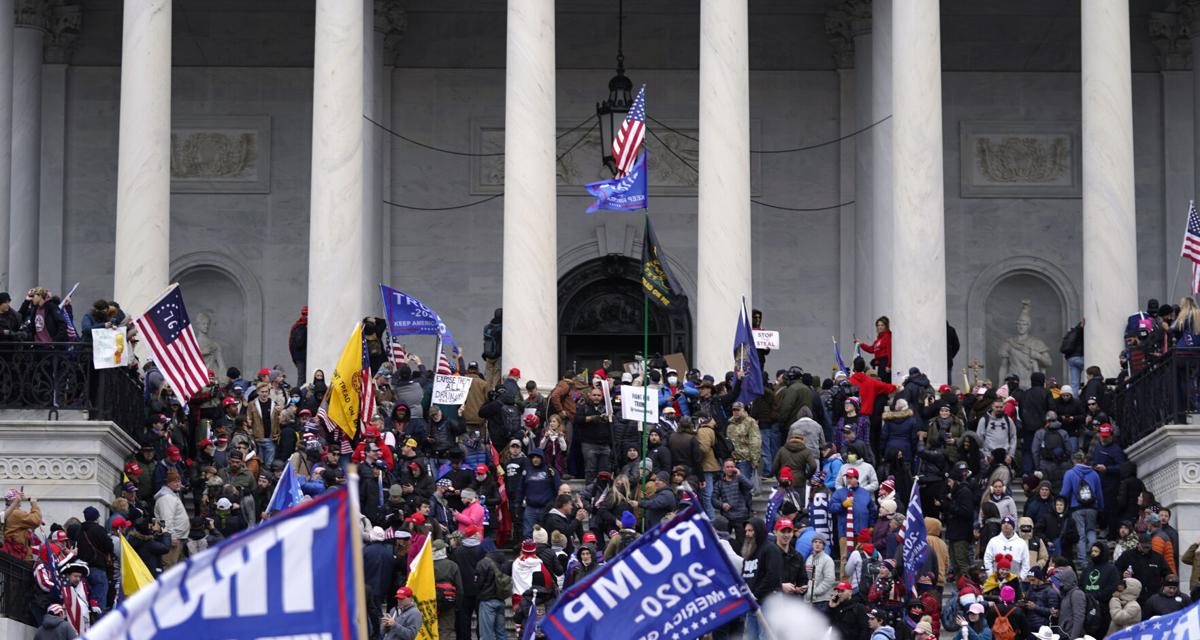 It was wrong to storm the Capitol and plunk down behind our civil authorities’ desks, feet up and gloating. I hope these guys are arrested and do time for their rebellion. They should get what they deserve.

Too, history will likely record that our President bears a significant part of the blame. If he really was opposed to what was going on, there were many ways he could have said so with clarity and firmness. He didn’t, and none of us who have supported him in the White House should be surprised. This has always been who Donald Trump is. Only the willfully blind didn’t see it. President Trump has never promoted trust and respect for authority beyond his own, which admittedly has been considerable and for which I have been, and remain, grateful.

Despite his serious moral and political failings though, his encouragement of we the people’s distrust and disrespect for national government and the hosts of Deep State functionaries living quite well, thank you, inside and outside the beltway is not one of them. President Trump referred to these people as “the Deep State” and he was absolutely right in cultivating distrust for them, as well as doing his best to frustrate and remove them. In fact, for all the ways I am disgusted by the immoral character and godlessness represented and promoted by President-elect Biden and Vice-President-elect Kamala Harris, I think this man and this woman in the offices they will soon hold represent less danger to our national union going forward than the consolidation of the deep state’s power under their administration.

Make no mistake about it. The real attack upon our democracy is not the White House or Naval Observatory, nor is it the men and women holding elected office inside the Capitol Building. Rather, what has and will continue to destroy this blessed nation are the hosts of  second, third, and fourth-tier apparatchiks gathered in million-dollar townhomes, row houses, and suburbs extending many miles outwards from the Capitol and White House. If you haven’t driven through it, do so. It’s an awakening experience showing how far we have departed from our form of government. It’s a similar experience to your first read of the Tenth Amendment.

But in yesterday’s aftermath, two more things need to be said.

First, the actual attack upon our Democracy yesterday pales by comparison with the Fourth Estate and Deep State’s attack upon our Democracy which has been waged against our President-elect (and then President) at fever pitch since our election cycle back in November of 2016 when we the people spoke clearly, putting Donald J. Trump in our own White House. From the moment his victory was clear, the disrespect and lawless attacks upon him have been relentless, and as I’ve often pointed out, this is rebellion against the rule of law. It has infuriated me as I’ve watched the Fourth Estate lie and attack our President these past four years. There hasn’t been a hint of loyal opposition, but rather the constant fomenting of sedition. They have used their power to obstruct the rule of law through our Electoral College, and were I able, I would put them in court for it, then see them bankrupted or imprisoned—it matters not which.

Truth is, what happened yesterday is exactly equivalent to what has been happening among the godless of our society since November of 2016. Both have been rebellions against the rule of law—specifically the electoral college—although I recognize the questions that remain about this election cycle. The ways these two rebellions differ are a necessary function of the ways the classes carrying out these rebellions do differ themselves. As son Joseph pointed out four years ago, we have a simple case of the conflict between the patricians and plebeians back in the Roman Empire.

This is the perspective we need as we regret the attack on the Capitol yesterday. As patricians rebel by abuse of power and authority, plebeians rebel by attacking the patricians, and we must be careful not to speak and act as if yesterday’s rebellion was something more awful than the Deep State’s exactly opposite rebellion carried out for the past four years, carefully hidden and seemingly legal.

Nevertheless, we the people were fully aware of patricians’ lawlessness these past four years, and if certain of our citizens as far from the levers of federal power and authority as Fargo, North Dakota, is from Washington, D.C., decided to come and storm the Capitol, it is pure hypocrisy to gasp and exclaim that yesterday’s actions were unprecedented.

The working class fights using their guns and brawn as the chattering class fights using their words and effeminacy. One class is straightforward and physical while the other is sneaky and verbal, just as we learned in junior high school. I’ll pick my class and you pick yours, but if you pick the sneaky mouthy one, don’t try to act as if you’re not sneaky and mouthy. And whatever you do, never try to claim you are at any disadvantage in your battle against our nation’s worker bees. You have all the authority and power. They are powerless. Just go to Washington, D.C. and spend a couple days driving around and seeing what you see. If the worker bees show up there every now and then, threatening you with violence, I won’t shed any tears over it because I think it’s good for the ruling class to have some fear of those they abuse the instruments of power and authority to oppress.

I say it again: our rule of law here in the United States is pure hypocrisy, just as it was during the Third Reich in Germany, the Reign of Terror in Russia, and the Cultural Revolution in China. We expect the godless chattering class to refuse to acknowledge this, but to sit and listen last night to those of somewhat conservative reputation say nothing about the wholesale slaughter of a third of our nation’s little babies for decades now, and with no end in sight, was deeply disturbing. Where is our grief over the loss of these tens of millions of little ones. Where is our shame at the bloodshed? Where is our fear of God?

Don’t you dare tell me that last night was any special kind of lawlessness.

The real lawlessness of our nation proceeds apace, minute by minute, hour by hour, day by day, month by month, year by year, decade by decade, and this without note or comment.

If we live under the rule of law, so did the Germans, Russians, and Chinese.

If they didn’t, neither do we.