The Reformation restored shepherds to the sheepfold 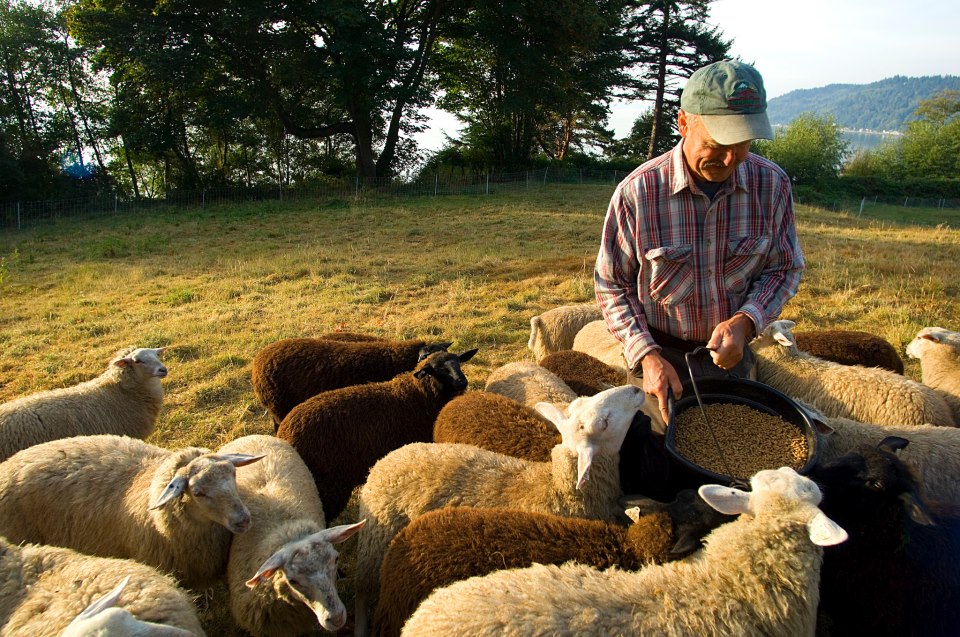 We have pointed out the Reformed church has decayed into a cerebral affair. Preferring pastoral ministry that is mostly data downloads similar to how we were trained in seminary, our understanding of the history that gave birth to the Protestant church has devolved into a narrative of doctrinal reform. The five solas and you’ve pretty much got it unless you prefer adding in the printing press and power politics between bishops and princes.

Yes, doctrine matters; eternally. Martin Luther preached through Galatians several times, explaining the repetition was necessary because of how difficult it was for he himself, let alone his people, to trust in justification by grace alone through faith alone, and not by works. Thus as Luther preached this doctrine to his flock there at Wittenberg’s Stadtkirche St. Marien (more commonly known as “St. Mary’s” or “Town Church”), he preached it to himself.

Down through the centuries all of us have rejoiced in his commentary on Galatians, devouring it as we preach Galatians to ourselves and our flock.

A few months ago I was studying to preach Romans 8:35 which begins, “Who will separate us from the love of Christ?” Reading the commentaries, it was interesting to see who came down on what side of the question whether the Apostle Paul is referring here to our love for Christ or Christ’s love for us? Commenters first note it is ambiguous, then go on to argue for their side.

At first I was inclined towards the “our love for Christ” side since the sufferings which follow lend themselves naturally to being discouragements which would dampen our love for Jesus rather than His love for us. But then I read the late eighteenth century Scot Presbyterian, Robert Haldane:

The object of the Apostle is to assure us not so immediately of our love to God, as of His love to us, by directing our attention to His predestining, calling, justifying, and glorifying us, and not sparing His own Son, but delivering Him up for us. In addition to this, it contributes more to our consolation to have our minds fixed upon God’s love to us than upon our love to God; for, as our love is subject to many failings and infirmities, and as we are liable to change, to endeavor to impart consolation from the firmness of our love would be less efficacious than holding forth to us the love of God, in whom there is no variableness, neither shadow of change.

In loving His children, [God] makes them love Him; and believers are enabled to love Christ because He loves them. It is He who first loved us, and in loving us has changed our hearts, and produced in them love to Him.

This is typical of the privileges of the pastoral call. In preparing to feed my flock, I have the joy of reading these words opening up the love of our Lord Jesus for me, a desperate sinner. Here we are comforted by words and truths concerning the weakness of our own faith and love, but on the other hand, the eternal bindingness of the love of Jesus. Thus I go from my study strengthened myself as I set out to strengthen the sheep. Doctrine matters, eternally.

But there’s something missing here that needs to be pointed out.

Today and five centuries ago, doctrinal reform is birthed by pastoral care. It is the desperate sinner who needs “grace alone through faith alone in Christ Alone.” Furthermore, it is pastoral care which necessitates preaching through Galatians, not once but twice. Luther’s soul needed it and the souls of Luther’s sheep needed it. I need it and the souls of Trinity Reformed Church need it. You need it yourself, yes; but your sheep need it also. So what’s my point?

If this sounds banal, maybe you don’t understand the Reformation or the condition of the Reformed church today?

During His earthly ministry, our Lord looked out over the flock and “felt compassion for them” because they had no shepherds. Then He called His disciples to pray for workers who would care for God’s flock:

Seeing the people, He felt compassion for them, because they were distressed and dispirited like sheep without a shepherd. Then He said to His disciples, “The harvest is plentiful, but the workers are few. Therefore beseech the Lord of the harvest to send out workers into His harvest.” -Matthew 9:36-38

If you read the Reformers themselves rather than secondary sources, you’ll find the driving force behind their doctrine was their compassion for the people surrounding them. Everyone would prefer to sit in an ivory tower, but then they see how distressed and dispirited the sheep are, lacking shepherds, and they look to God and say, “Here am I; send me.”

Calvin was just stopping by Geneva on his way to his own ivory tower when Farel cursed his books and study if he refused to stay in Geneva and help him shepherd the distressed and dispirited sheep. As Bonhoeffer returned to Germany, so Knox returned to Scotland—to shepherd God’s flock. Calvin sent men from Geneva back into France, knowing it might well kill them, but the sheep needed shepherds.

Pastor Martin Bucer, Calvin’s dear friend 180 miles north of Geneva in Strasbourg, wrote his book on shepherding God’s flock titled Concerning the true soul-care and the correct shepherd-service, how the same should be established and executed in the church of Christ. Here is a statement by Bucer demonstrating the Reformers’ driving concern for the care of God’s sheep, rescuing them from Rome’s priests:

May our dear Lord Jesus save his poor lambs from these wolves and spoilers of the church.

The Lord …performs the work of our conversion, redemption and the whole of salvation in us through his ministers.

All pious Christians should …guard themselves against the wholly pernicious error which despises the church’s ministry of word and sacrament as a superficial and unnecessary thing, and would have everything given and received from Christ in heaven without using the means which the Lord himself desires to employ.

Anyone who despises ministers of the word despises Him and the Father. …The Lord never commands us or requires of us anything except that which is actually useful and necessary for our salvation. From the fact that He so solemnly commands and requires that obedience which is to be offered to the ministers of his word and discipline that if anyone does not listen to these His ministers, He will regard this as nothing other than contempt for himself, and does not want such a one to live among his flock, and because of such disobedience will completely reject His people and make them as nothing; every Christian can easily see that such obedience and subjection in all things are essential, and that without them no one can belong to God’s people, nor escape from God’s eternal wrath and punishment.

Bucer brings his book to an end with this explanation of his purpose writing it:

That is the content and summary of this little book, which we have written solely for the Lord’s glory and for the improvement of his church at this time when Christ’s sheep are so deplorably scattered….

Christ’s sheep being “so deplorably scattered” was the driving force behind the Reformation. It was pastoral care, sheep without shepherds, sheep being devoured by wolves, sheep harassed and helpless, that drove the ministry of Moses, the prophets, John the Baptist, Jesus the Christ, and the Apostles. This strikes us again and again with the Apostle Paul. What tenderness and love and zeal he demonstrates towards Christ’s sheep throughout his epistles!

This is the thing lost in Reformation history as it’s currently taught at legacy seminaries as is so evident in the absence of personal pastoral care and discipline among the men who got their MDivs there.

Unless this pastoral care is restored to Reformed churches, our sheep will not receive salvation. This is what Bucer says from cover to cover of his book explaining Scripture’s doctrine of soul-care and shepherd-service. It’s what Luther says and it’s particularly evident in his Instructions for the Visitors of Parish Pastors. It’s what Calvin says and it’s particularly evident in Book IV of his Institutes.

The salvation of Christ’s sheep is found in the sheepfold under the care of those God has set apart as shepherds. Outside that sheepfold and care there is no ordinary possibility of salvation.

This is the consistent doctrine and practice of the Reformers and their sons—down until the early part of the twentieth century when we turned away from the Sheepfold and Her shepherds, demanding the Holy Spirit use no instruments, but minister to us directly, Himself.

There is no present movement to restore pastoral care in the Church, but Juergen and I have written a call for it in our Elders Reformed. You owe it to yourself, your family, and your sheepfold to read it. And if you aspire to the ministry, this is the reason you should abandon the legacy seminaries and get trained by shepherds at work in the sheepfold. Talk to us about enrolling in our pastors college, New Geneva Academy. We’re waiting to help.

May God raise up workers for the harvest!