Election and the Spirit of this Age: a response to John Piper 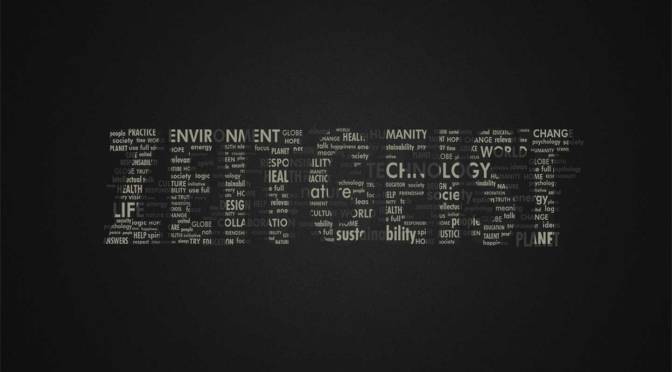 (The Belz brothers have been a great encouragement to many of us through the years. Joel with his leadership in the Presbyterian Church in America. He was one of two elders we dedicated our recent book, Elders Reformed, to. And Mark and Tim in their legal work and reformed church and civic leadership in St. Louis.

These men have all been stalwart in standing for the unborn both inside and outside the courtroom. It’s rare to have such wisdom and faith demonstrated for so long by men with a commitment to serve both as city fathers and church fathers here in the reformed church. Not surprising, then, that Mark and Tim took it upon themselves to answer John Piper’s recent piece on our presidential election.)

John Piper has published a piece entitled “Policies, Persons And Paths to Ruin: Pondering the Implications of the 2020 Election.”1 It is an attempt at a thoughtful summary of some of the things a Christian should keep in mind as election day approaches. In our view, Piper says some of the things that we need to consider, but not all that matters and surely not the most important.

Piper’s advice revolves around the candidate. He rightly cautions us to remember that personal character matters. But he ranks personal traits in candidates on a par with policy considerations: “[t]he justifications for ranking the destructive effects of persons below the destructive effects of policies ring hollow.” We agree that the character of the candidate is of immense importance. We also believe that sometimes policy considerations eclipse the candidate and his character. Election 2020 is one of those times.

The late R. Laird Harris, professor of Old Testament at Covenant Theological Seminary, maintained that the Lord judged the kings of Judah and Israel more on the righteousness of their policies than their personal moral behavior. This was true, Harris said, because the monarch has a peculiar responsibility to lead the citizenry in paths of righteousness as opposed to iniquity. For example, Jeroboam (the first monarch of the Northern Kingdom) is charged twenty-one times with “causing Israel to sin.” His personal morality was of course important, but is not what Scripture focuses on.

Piper writes to us, an evangelical audience, as though we have failed to notice Donald Trump’s character flaws. But of course we have: we too are put off by his cockiness, his tweets, his braggadocio style, his vulgarities. Does Piper think we have of a sudden begun to approve of these defects, even to emulate them? We respectfully state that we need not be lectured about these matters because they’re already in the mix, and have, we think, been given due consideration by thoughtful Christians who will be voting Republican on November 3.

Piper talks about the damage inflicted on our land when a person with Trump’s character leads us. Among the deadly sins Piper claims against the president is “factiousness.” In other words, Piper charges that Trump breeds discord. True enough: we all witnessed the discord brought about by his nomination of Brett Kavanaugh to SCOTUS, and it was Trump that nominated Kavanaugh. We saw it in the Gorsuch and Barrett hearings as well. And we see it at every turn of the road where this administration dares to challenge the “spirit of this age.” Gorsuch, Kavanaugh and Barrett constitute three gauntlets laid down against the spirit of this age. When such a “gauntlet” is offered by this administration, we think that a bit of factiousness is not only to be expected but perhaps a sign that we are doing the right thing.

By “the spirit of this age” we mean something other than an individual’s prideful attitude—though, as Piper says, pride is a deadly sin. What we’re talking about is best seen in the Garden of Eden, where Satan successfully lured Eve into believing that she could call the shots better than God could. She ate of the Tree of the Knowledge of Good and Evil so that her eyes would be opened, so that she could determine what was best for her, Adam, and as it turned out, us.

Eve’s pride in this regard has been a pandemic infecting each of us and the world in general ever since. It is, indeed, the spirit of the Anti-Christ, which screams, “Let us break their bonds asunder, and cast away their yoke from us.” Psalm 2:3. It is the spirit that proclaims that humankind, not God, determines what is best in what children live or what children die (abortion), whether we will be a man or a woman (transgender), whether homosexual behavior is an abomination or a virtue, and myriad other matters which we as Christians humbly admit to be subject to God’s judgment alone. We must yield to the Creator.

There are “sides” in this election, as there are in all elections. This election is not nuanced; there are just two levers. We will not agree with all that the Republican party stands for, nor disagree with the Democratic party on every issue. But we will attempt to use sound judgment based on what is most likely to happen when one side or the other wins.

We believe that if the Democratic party wins this election they will at once attempt to add seats to the Supreme Court to prevent any modification or reversal of Roe v. Wade; that they will attempt to repeal or gut the Religious Freedom Restoration Act and religious freedom across the board; and that they, being controlled by the left, will persecute Christians and Christian institutions, which are despised by the left. This you know to be true.

Yet, by God’s providence, there is a team of men and women in Washington today who are doing all that they can, politically speaking, to resist the Democrats’ efforts to take our nation down these roads. That team is the current administration. We may wonder why the Lord has blessed this particular president with such a team; it seems to us to be an unlikely “fellowship.” But there it is: hundreds of Christian men and women of like precious faith both in the administration and on the benches of the federal courts nationwide.

We view this as a startling answer to our prayers over the last 50 years. We would not have expected it, but of course are thankful to God alone that it has happened and is happening. Amy Coney Barrett has just been confirmed by a Republican senate to take Ruth Bader Ginsburg’s place on the Supreme Court. Every Democrat in the Senate voted against this Christian, pro-life woman. Every one of them.

We address this question to John Piper and those Christians who have been swayed by his reasoning to vote Democrat this year or to withhold your vote and thus not maximize your efforts against the Democrats: Why? Why would you pull the rug out from under this administration? Have they not delivered as they said they would four years ago on these issues crucial to Christians? Have they not exhibited the highest level of integrity and courage in doing so? Do you really want to send these folks packing?

And why would you prefer to put Biden and his administration in office? Do you really want to preserve Roe v. Wade’s vile rule? Do you want to see increased government interference in freedom of religion? Do you want to align yourselves with those who have opposed Christians every step of the way over the last several decades? Are you willing to turn your back at this crucial moment on the millions of Roman Catholics and Evangelicals who have prayed, sacrificed, and gone to court and to jail during the last fifty years in their opposition to abortion? If your answer is “yes” to any one of these questions, we believe it is tantamount to treachery. Seriously.

However, as the author of Hebrews wrote, “[t]hough we speak in this way, yet in your case, beloved, we feel sure of better things.”