New Bible products like the NASB20: warn your flock 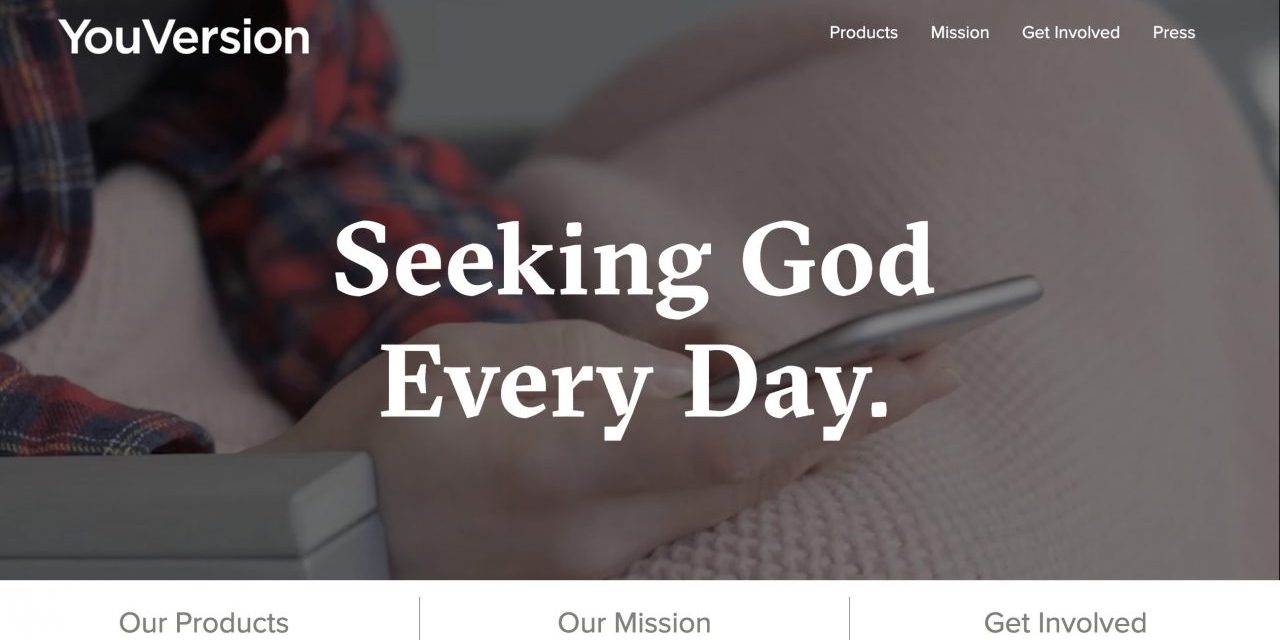 Nevertheless, seminary profs and Bible publishers have been successful browbeating God’s sheep into meekly accepting the removal of politically incorrect statements in their modern Bible products.

These Bible experts assure simple Christians they love the Bible, too, and would never ever do anything to damage or change its meaning. Trust them.

Still, language changes, making it necessary to update Bible products to reflect contemporary English usage. “This is our specialty,” they say. “We have the training and you can trust us as we revise your Bibles so they continue to connect to you and your children and neighbors.”

Why speak of this as “browbeating?”

Because seminary professors are members of a guild and the value of membership in any guild depends upon a strong defense of their specialized knowledge, skills, and vocabulary. This leads seminary profs and their Bible corporations to issue statements and marshal celebrities, pouring millions of advertising dollars into selling Bible readers on the lie that Bible translation is too complicated to be reviewed or criticized by the people or their pastors.

Have you ever listened to a coder, forensic accountant, lawyer, speech pathologist, or long-haul trucker? Every guild has words and phrases meant to keep neophytes, interlopers, or lay critics from invading their territory and threatening their trade.

Pastors protect our guild by tossing around specialized words and phrases. We send shots across the bow of our congregations by using specialized vocabulary which reminds our sheep that we have specialized training and they should think twice before arguing with us.

The seminary professors paid by Bible publishers to produce updates to their Bible products are masters at defending their guild. They remind the consumer who might have some questions about their product that they themselves have an even higher commitment to the integrity of their product than the end-user. Their guild requires them to sign a statement of faith that affirms the inerrancy of Scripture, for example. How could any woman or man who believes that every word of Scripture is inspired by the Holy Spirit deface or remove any of those words? “Trust us,” they say; “we would never gag God.”

Then they trot out a bunch of verbiage that reminds the consumer how ignorant he is, and how well they know their trade. Using words and phrases such as “cognate,” “lexical morpheme,” “parataxis,” “etymological fallacy,” “substrate,” “superstrate,” “semantic component,” and “meaning postulate” does the job. In the face of such onslaughts, any sheep with the temerity to question or criticize their handling of the words of God will blush and shut his mouth.

But specialized vocabulary reinforcing specialized knowledge and skills is only part of Bible translators’ defense. As they throw around intimidating vocabulary, they know they can also depend upon useful idiots showing up and shouting down their critics:

How dare you question these stupendous godly men? They taught me in seminary. I know them, personally. They’re godly. They’re likeable. My children play with their children. I’ve eaten at their tables. They’re reformed. They teach at the seminary J. Gresham Machen started. They drive an American-made car! They’re doctorate-doctors!

How dare you question them? You think you could do a better job?

You’re ridiculous. You don’t own any urim or thummim. You don’t even have a seer stone!

What’s that—you say there’s a lot of money at stake?

You should be ashamed of yourself, questioning the motives of such Bible scholars and the famous, wealthy Christians on their board of reference. Tim Keller and John MacArthur have spent their lives preaching to more souls each week than you’ll preach to in your puny church across your lifetime!

You keep talking about the money at stake and I’ll bring you up on charges of violating the Ninth and Tenth Commandments. Also the Constitution, Bill of Rights, Magna Carta, and Science and Health with a Key to the Scriptures. Shut your mouth and go home, little man!

Bible publishers and their translators know the rule of churches today is “Don’t question my greed and I won’t point out yours.” A congregation’s pastors and elders may be willing to bar a divorced man from being ordained to church office—”he has more than one wife; count them!”—but they have never met a greedy man they didn’t like. As long as he is rich and tithes, that is. All questions of money, greed, and profit are banned in the church today, so Bible publishers and the seminary profs they pay can depend upon many useful idiots on social media utterly lacking discernment to be quick to blow the whistle on any slightest mention of seminary profs, Christian celebrities, and Bible publishers’ financial motivations.

Translators also know they can depend upon being defended by the natural superstitions of shepherds and their sheep.

Once I sat in a hotel room for an evening discussing Bible translations with a group of famous men and scholars including Vern Poythress, Wayne Grudem, and John Piper. By email and in phone calls leading up to the meeting, I had been pressing these brothers to respond to the announced neutering of the New International Version by doing a new Bible translation. One of the discussions centered on which translation we used ourselves in our preaching and study. Some said the Revised Standard Version, others the New International Version.

John Piper’s answer was memorable: “I couldn’t use the NIV. I’d have to be explaining what the text really said so often that it would undercut the congregation’s confidence in the Word of God.”

For over two decades, now, I’ve been running this through my mind, finally concluding that we have no choice in the matter. On the one hand, it’s dangerous ever to preach in a way that causes our sheep to doubt the trustworthiness of the text of Scripture they’re reading. It’s necessary for God’s people to feel they can rely upon their Bibles to give it to them straight. The Scriptures are the bread of life and no mammal feeds well in the presence of danger. We all know how fear and controversy shut down the dinner table. Getting the sheep to eat God’s Word can’t be separated from getting the sheep to trust God’s Word, and since for most of us English is our sheep’s lingua franca, it’s the English text of Scripture we lead them to trust.

Yet at this time, there are many Bible products that are untrustworthy. No one who reads here at Warhorn will argue with this. Many English Bibles today are more paraphrases and storybooks than translations. Must I name names? None of us hesitate to warn our sheep away from those Bibles.

Sure, it may harm the simple trust of our sheep in their Bible product, but in the end, is it not true that their simple trust is partly composed of superstition? Haven’t we always taught that it’s the original autographs that were inerrant and that inerrancy never adhered to the imperfect copies of those autographs, any lineage of those copies, or any translation into another tongue of any particular lineage of those copies? Here we are sixteen centuries after the closing of the Biblical canon and our sheep’s trust in Scripture’s authority and inspiration depends upon no one criticizing the motives of Zondervan, Doug Moo, or Wayne Grudem?

God’s servants must teach their people that no one is good but God, and that John MacArthur, Vern Poythress, Tim Bayly, and Dan Wallace are not good if by “good” is meant not to be questioned in our work with the text of Scripture. We have bad logic, bad memory, and evil motives—every last one of us—and somehow to allow the holiness of Scripture to appear to adhere to those who work with Scripture is nothing but superstition.

The revision of the Lockman Foundation’s New American Standard Bible being called “NASB20” is now out, and it’s given in to political correctness, gagging God in many places where He Himself inspired the Biblical writers to use male inclusives. That in itself is profoundly harmful to all of us smug and complacent in our feminized churches and denominations, but since political correctness isn’t just about sex, the Lockman Foundation gagged God other places also.

Academics still dread being accused of anti-Semitism today, and thus the NASB20 guys took bad words and actions ascribed in the Gospels to the “Jews” and explained to simple readers it wasn’t really the Jews, but “Jewish leaders.” (The NIV2011 removed this Greek word “Jews” (Ἰουδαῖοι), replacing it with “they.”)

Who wants to be accused of homophobia today? Thus the NASB20 guys removed the Greek word “effeminate” (μαλακοὶ) from the sin list in 1Corinthians 6, replacing it with nothing.

If the Word of God is to continue to be sharper than any two-edged sword, able to separate joint and marrow; if Scripture is to continue to produce the fruit God sends it forth for, never returning to Him void; if we are convinced that Heaven and Earth will pass away before even a jot or title of His Law; if it’s true that holy men of old wrote as they were moved by the Holy Spirit; if “all Scripture is inspired by God and profitable for teaching, for reproof, for correction, for training in righteousness; so that the man of God may be adequate, equipped for every good work,” it’s time to move our flocks from superstition to maturity.

In understanding they must be men, particularly when it comes to the wildly proifitable business of translating and selling Bible products.

To the Word, men; to the Word! Let us do our work well in the full knowledge that future generations depend upon our rightly dividing the Word of God.

When I was in junior high school, Mud and Dad gave me a new leather Bible. Just inside the front cover, in blue ink Dad had inscribed:

Study to shew thyself approved unto God, a workman that needeth not to be ashamed, rightly dividing the word of truth. -2Timothy 2:15