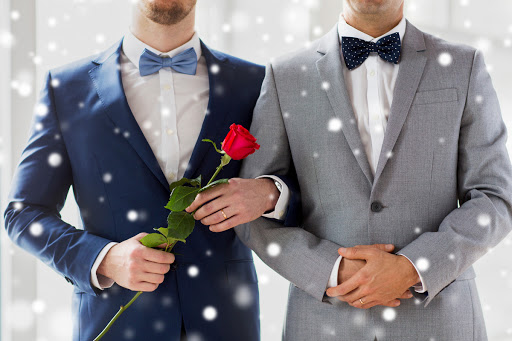 (This piece was originally published on Baylyblog May 28, 2004—eleven years before the Supreme Court issued it’s Obergefell v. Hodges ruling enforcing sodomite marriage on all fifty states of the Union. Yancey and Campolo had top celebrity status across the Evangelical world, and they are responsible for the doctrine permeating the Western world today that it doesn’t matter whom or what you love.)

Phil Yancey is Christianity Today’s house columnist. He’s also the bounder sage of the atheological, non-confessional, nondenominational, pragmatic but angst-ridden evangelical subculture. If you’re interested in this sort of thing, he serves as a good periscope into the minds of the brighter members of Willow Creek and her clones.

Sex, lies, and life on the evangelical edge An interview with Philip Yancey, the best-selling Christian author who is surprised at how much he gets away with.

Philip Yancey’s books have sold more than 5 million copies internationally. He is an editor at large for Christianity Today magazine. His books include Rumors of Another World (2003), Soul Survivor (2003), Reaching for the Invisible God (2000), The Bible Jesus Read (1999), What’s So Amazing About Grace? (1998), and many others. Philip Yancey was interviewed in November by Sojourners editor-in-chief Jim Wallis in Washington, D.C.

Sojourners: Your books have been very successful in the evangelical world. You’re able to ask questions that challenge evangelical orthodoxies. How do you do that?

Philip Yancey: I myself have been surprised at what I can get away with. When I sent off the manuscript of What’s So Amazing About Grace? I said to my wife, Janet, “That’s probably the last book I’m going to write for the evangelical market.” It’s got a whole chapter on Mel White, who’s now a gay activist, and it’s got a whole chapter on Bill Clinton, who’s not the most favored president of evangelicals. 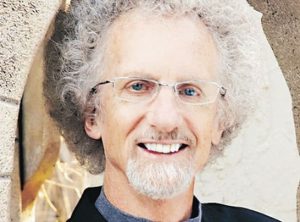 The Phil Yancey1/Tony Campolo hip crowd have long represented the soft underbelly of the evangelical position on sodomy.

Years back I wrote a piece reminding us that children are a blessing from the Lord, that happy is the man whose quiver is full, and that believers’ use of birth control was almost always indicative of a lack of faith in the truth of God’s Word concerning the meaning and purpose of sexuality and the place of procreation in marriage. Submitting the piece to Christianity Today for publication, I was mildly surprised to receive a response directly from CT’s publisher, Harold Myra, arguing against my thesis. He said the piece was good and he’d circulate it among the editors to see if they wanted to publish it, but he felt my arguments were wrong-headed. Specifically, he used Phil Yancey as an example of a man whose gifts were put to much better use because Yancey and his wife were childless.

Several months later I received my rejection, along with a kind note saying they liked my writing and wondered if I had pieces on other subjects they could see? I never responded.

So what does this have to do with sodomy?

While charity would cause us to assume the Yanceys are childless through inability, rather than choice, it’s instructive to read what Yancey says later in this interview concerning the nature and meaning of marriage:

Sojourners: What’s happening in terms of the debasement of our humanity? How is sex, at the same time, a “rumor of another world”?

What the media’s presenting is a lie. They’re trying to tell you the best sex is if you just do it like the animals. I live in the Rocky Mountains, and right behind my home we have a lot of elk and deer. They don’t do it like we do it at all. For one thing I’ve got a bull elk that’s got about 60 to 80 females in his harem. He only cares about sex the first two weeks of October. Do you really want to do it only during the first two weeks of October, with 59 of the other sex watching? That is not human sexuality at its best. The question is: What is human sexuality at its best and why do we do it differently? To me, that’s a rumor, and we’ve got to pay attention to it.

How can we best align our sexual experience to reflect what the Designer had in mind? Our bodily expression should progress as other kinds of intimacy progress–emotionally, spiritually.

Here Yancey illustrates what the latest (May 31, 2004) New Yorker points out in an article by Adam Haslett titled, “Love Supreme: Gay nuptials and the making of modern marriage:”

Marriage as we know it today is the product of a particular history–a history that explains both its public character and the private expectations we have for it. The advent of same-sex marriage brings into focus a much larger transformation in how we have come to imagine the institution….It was during the Reformation, with the emergence of the early Protestant idea of “companionate marriage,” that the emotional bond between husband and wife came to be seen as an end in itself. …When the Puritans wrote of husbands and wives as mutually respectful and affectionate partners they were moving toward a new understanding of marriage as a kind of spiritual friendship.

It was Milton who took this concept to its logical conclusion. Having married a woman with whom he soon discovered he had nothing in common, he became a staunch advocate of divorce. …What his tracts on the subject demonstrate is that early Protestant thinking about matrimony contained the seeds of our own more radical individualism.

These days, few would disagree that respect and affection are central to a successful marriage. But most of us would add another ingredient, which had long been view skeptically as a reason to wed: romantic love. …We have managed to create an ideal of matrimony that combines both lifetime companionship and the less stable but more intoxicating pleasures of romantic ardor.

Such great expectations of marital happiness belong to a larger history of the Western emphasis on the self. The philosopher Charles Taylor, in an examination of how our attitude toward interior life has changed over the past five hundred years, argues that the trend line runs in one direction: from a self-understanding gained from our place in larger entities—such as a chain of being or divine order—toward purpose discovered from within, through what we consider to be authentic self-expression. This is the distance Western culture has travelled from the church confessional to the therapist’s couch. In turn, the choice of whom to marry has become less about satisfying the demands of family and community than about satisfying oneself. When you add the contraceptive and reproductive technologies that have separated sex from procreation, what you have is a model of heterosexual marriage that is grounded in and almost entirely sustained on individual preference. This is a historically peculiar state of affairs, one that would be alien to our ancestors and to most traditional cultures today. And it makes the push for gay marriage inevitable.

There is no private language. In this sense, granting the word “marriage” to gay couples will eventually affect everyone.

The mistake is to consider the change in meaning particularly drastic. After all, undoing customary expectations for how a husband and wife behave toward each other has been one of the goals of the women’s movement since its inception. Rather than an abrupt departure, same-sex marriage is the culmination of a larger and ultimately more consequential change in the nature of marital relations between men and women.

Which is one of the reasons that the opposition to it is so fierce. It has come to symbolize what is, historically speaking, radical about contemporary marriage: the decline of the patriarchal legal structure and the rise of of the goal of self-fulfillment. Gay marriage is unsettling, to many, not because it departs from modern meanings of matrimony but because it embodies them.

Yes, Christians who have gone along with our culture’s denial of the necessary and divine connection between the unitive and procreative functions of the marriage bed—a connection established by God in the Garden prior to the Fall—have been easy prey to the vacuous view of marriage of which same-sex marriage is the logical conclusion. Romantics all, we have found our meaning in self-expression, self-fulfillment, infatuation (called “true love”), and the sort of recreational sex of which Augustine spoke in his Confessions, writing about his years of fornication in which he and his lover had this view of children coming from their illicit union:

In those years I had a mistress, to whom I was not joined in lawful marriage. She was a woman I had discovered in my wayward passion, void as it was of understanding, yet she was the only one; and I remained faithful to her and with her I discovered, by my own experience, what a great difference there is between the restraint of the marriage bond contracted with a view to having children and the compact of a lustful love, where children are born against the parents’ will — although once they are born they compel our love.

Does this not seem to be the normal view of Western Christians today, without the rather minor fact of this description pertaining to fornication rather than marriage? And am I mistaken in seeing the essential elements spoken of both by Yancey and Augustine as perfectly in line with the modern view of marriage described by the New Yorker’s Haslett?

We talk forever about intimacy, but never mention fruitfulness.

In the past, marriage ceremonies followed a liturgical discipline. And central to that discipline was a listing, early in the service, of the biblical purposes of marriage. Back then Roman Catholics were no more tied to the essential unity of the unitive and procreative functions of the marriage bed than were Protestants. All Christians understood that Scripture taught marriage had these divinely-ordained purposes, well-represented by the Westminster Confession:

Marriage was ordained for the mutual help of husband and wife; for the increase of mankind with a legitimate issue, and of the Church with an holy seed; and for preventing of uncleanness. (Westminster Confession of Faith XIV:2)

Haslett is right. If marriage is all about intimacy, with nary a mention of organic things like pregnancy, labor pains, childbirth, and little olive shoots around our tables, why bother quibbling over same-sex marriage? It’s simply a matter of one’s predilections concerning the gender of one’s best friend. Best not to oppose the slightly off-kilter expressions of sodomites. Rather, we might better do what is possible to assure the same sort of permanence and covenant-commitment for sodomites that heterosexuals have aimed at since God first brought Eve to Adam and made her his wife.

Evangelicals long ago stopped preaching and practicing biblical marriage. We have made our marriage beds sterile, have turned our homes from centers of ministry to castles of self-indulgence, have ceased disciplining fornication and serial adultery (divorce and remarriage) in our elders meetings, and are surprised to find that such changes to marriage are, themselves, fruitful in the form of sodomites appearing in the wedding sections of our local newspapers smiling over the intimacy they share with their lovers which will be celebrated by their friends and family in a civil ceremony next Saturday, June fifth, at three in the afternoon.

Conservative advocacy groups working against the landslide towards the normalization of same-sex marriage within our judicial systems have commented how disappointed they are by the absence of any passion for this issue within their normal constituency groups, particularly the evangelical church.

For my part, I’m not the least bit surprised.