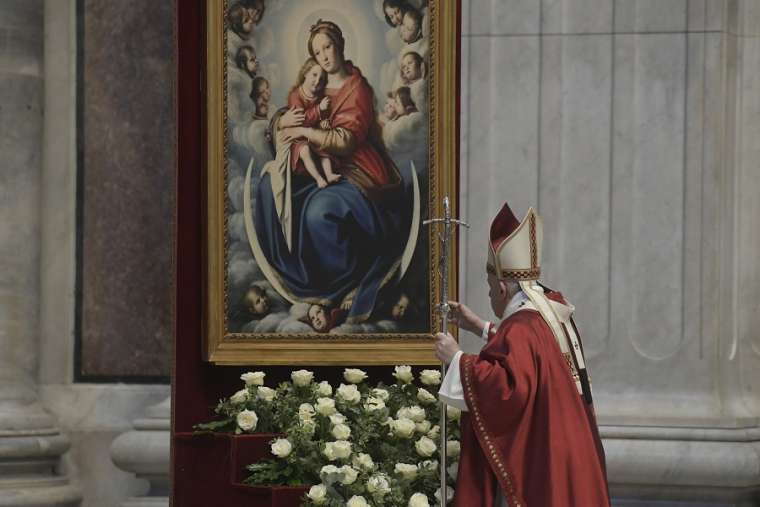 For years, those of us who are Bible-believing, reformed Protestants have been grateful for the work of Roman Catholics fighting for the political and moral life of our nation. Whether the battle is abortion, euthanasia, the ordination of women, sodomy, or something as seemingly obscure and exotic as the principle of subsidiarity, we have found ourselves taught and led in ethics, moral theology, political philosophy, and particularly culture, by Rome.

Even locally, when we picket abortion clinics and testify before our town fathers against the Civil Rights Commission’s recommendation that sodomites be given access to our children within our government schools, we find ourselves surrounded by pious Roman Catholics who have been mounting the barricades against such abominations for decades. We acknowledge the central and courageous voice of Pope John Paul II in the crumbling of the Iron Curtain; we’re instructed by Richard John Neuhaus; we love Pat Buchanan and Joe Sobran, having long praised God for these men’s salty wisdom and courage. Many Protestants have devoted major portions of their lives to Tolkien, memorizing more in his books and movies than we’ve memorized of Scripture in the past ten years.

But all is not well in Rome, and here’s another reminder (pulled from the Roman Catholic Vatican news service, Zenit) that we must not give up our reformed-and-reforming Protestantism:

During today’s general audience in St. Peter’s Square, the Pope renewed the 1984 act of consecration of humanity to the Immaculate Heart of Mary, “responding to what Our Lady had requested at Fatima.”

The Holy Father previously had asked bishops worldwide to carry out the 1984 act of consecration to Mary in their respective dioceses. Sister Lucia, one of the visionaries of the Marian apparitions, confirmed later that the solemn and universal consecration corresponded to the Blessed Virgin’s wishes.

* * *
“How can we respond to this thirst for hope and love other than by taking recourse to Christ through Mary?” he asked.

The Holy Father concluded with the prayer he raised on that historic day 20 years ago.

“Mother of Christ,” he said, “may the infinite salvific power of the Redemption be revealed once again in the history of the world: power of merciful Love! May it put a stop to evil! May it transform consciences! May the light of hope be revealed to all in your Immaculate Heart!”

In his address, the Pope mentioned other key moments of his pontificate.

He recalled Dec. 8, 1978, when he placed the Church and the world in Mary’s hands in the Basilica of St. Mary Major. Then, on June 4, 1979, during his first trip to Poland as Pope, “I renewed this entrustment in the Shrine of Jasna Gora.”

With all charity, we respond ‘no.’

Yes, the Virgin Mary is to be honored, as Scripture says:

For behold, from this time on all generations will count me blessed. (Luke 1:48b)

But there is an infinite difference between calling Mary “blessed,” and consecrating the world to her—and through her, to Jesus. Scripture is clear in saying there is One worthy of such devotion and trust: our Lord Jesus Christ, alone.

For there is one God, and one mediator also between God and men, the man Christ Jesus, who gave Himself as a ransom for all, the testimony given at the proper time. (1Timothy 2:5-6)

Any man (word used inclusively, of course) who usurps Jesus’ mediatorial work sitting at the right hand of His Father has become an idol, just as the bronze serpent (Numbers 21:9) became one to the Israelites. And the necessary response must be now as then: to reform the church of this temptation:

He removed the high places and broke down the sacred pillars and cut down the Asherah. He also broke in pieces the bronze serpent that Moses had made, for until those days the sons of Israel burned incense to it; and it was called Nehushtan. (2 Kings 18:4)

Roman Catholics may view these words as hostile or even anti-Catholic, but they’re not. Rather, with respect, affection, and deep gratitude, we give them the one thing that all Protestants must give them: loving confrontation with the Word of God to the end that heaven and earth will pass away before one jot or tittle of the Law passes away (Matthew 5:18).

All who place their faith in the completed work of Jesus Christ take comfort that we may now boldly approach the Throne of Grace knowing we have an Intercessor and Advocate Who is infinitely greater than the Blessed Virgin Mary—the Man Jesus Christ.

Therefore He [Jesus] is able also to save forever those who draw near to God through Him, since He always lives to make intercession for them. (Hebrews 7:25)

My little children, I am writing these things to you so that you may not sin. And if anyone sins, we have an Advocate with the Father, Jesus Christ the righteous…. (1John 2:1)

Therefore, since we have a great high priest who has passed through the heavens, Jesus the Son of God, let us hold fast our confession. For we do not have a high priest who cannot sympathize with our weaknesses, but One who has been tempted in all things as we are, yet without sin. Therefore let us draw near with confidence to the throne of grace, so that we may receive mercy and find grace to help in time of need. (Hebrews 4:14-16)