President Trump’s got my vote 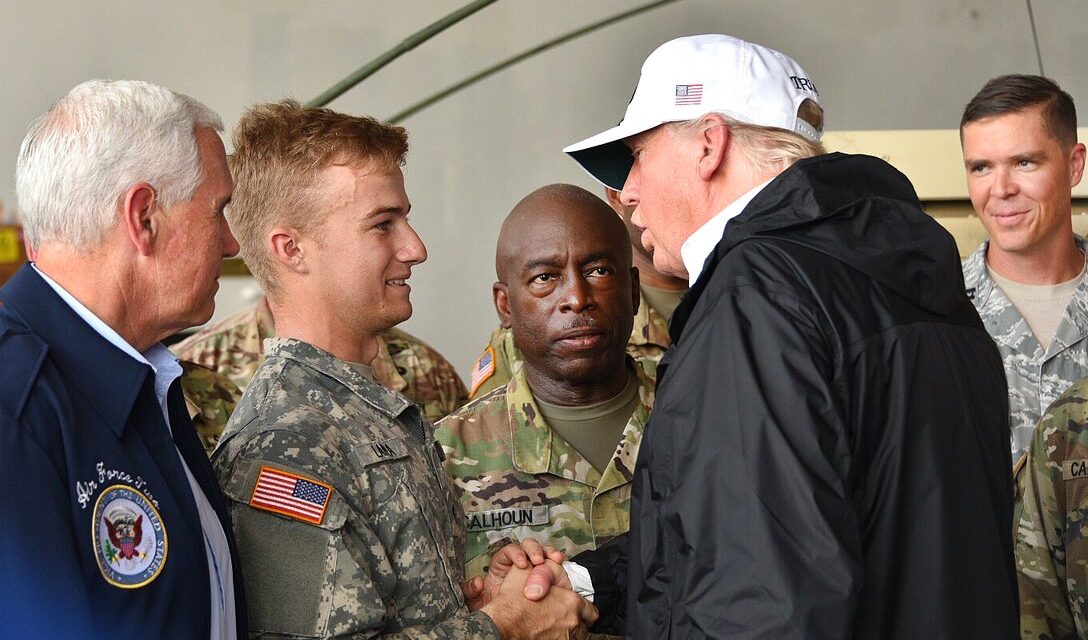 No criticism of President Trump has been so constant and intense as calling him a liar. A friend who’s an academic in Europe commented after the debate that Europeans hate the president because he demands they pay some of the cost of their own defense, through NATO. “He’s right, we should.” Then my friend condemned Vice President Biden for calling the sitting president of the United States a “liar.” He said it was disrespectful.

In one sense, both debates have been nothing more than incessant claims from both sides that their opponent is a liar. “You’re going to do this” followed by “no we’re not” and “yes you are” and “no we’re not” and “yes you are” about sums it up. It could almost be said that people choose their candidate and party based on which set of lies they prefer—conservative or liberal? Neither side would accept this summary, but it’s an accurate observation of the state of our currency in public discourse today. Just as our civil authorities debase the value of our money by spending what they do not have, they debase the currency of our discourse by saying what’s not true.

We saw this last night with Senator Kamala Harris. She starting lying from the get-go and didn’t stop. It seemed as if every last statement she made was crafted to mislead listeners, starting with her compassionate looks into the camera as she made one emotional appeal after another to women across the country about how she had real concern for the wellbeing of her listeners’ families while telling us President Trump and Vice President Pence had none. Beyond none, she repeatedly claimed they were to blame for the number of COVID-19 deaths, unemployment, fiscal decline, and so on. In each of these things, she lied. She is no more concerned for the wellbeing of the American people than her opponent, VP Pence. Her endless accusations against the present White House, saying they had done harm to everyone and everything throughout COVID-19, were way beyond simple dishonesty, to absurdity.

Watching her contorted face trying to communicate compassion reminded me of watching the face of Ronald Reagan when he looked into the camera and appealed to his listeners. I voted for President Reagan, but not happily. Why not?

Because it was obvious his gift was acting and his sincerity was a well-crafted show. Yes, it worked, and he was hugely popular and loved by conservatives, but Ronald Reagan never stopped doing what he did best—which was acting. At the time, it grieved me to realize that leadership had now become a matter of perceptions with actors being the ones best able to cultivate them. Although I can’t figure out why, years later I was shocked and depressed when Jesse Ventura was elected governor of Minnesota and Arnold Schwarzenegger governor of California.

So what about President Trump? Is he the worst of the lot?

Not a chance. Among those holding office today, President Trump towers above other civil authorities precisely at that point where he is most frequently and intensely attacked. They say he’s a liar when throughout his years in office President Trump has worked to restore truth to the presidential office, as well as politics. You’re gasping for air right now, aren’t you? Hold on. Hear me out.

Donald Trump appeared on the scene at a time when academics and the media had debased the currency of public discourse so thoroughly that communication in the public square was nothing but the piling up of lies. The hegemony of liars permeating the world of higher education, then slip-sliding down to lower education, was so awful that a homosexual philosophy professor at University of Chicago named Allan Bloom issued a jeremiad against it titled, The Closing of the American Mind: How Higher Education Has Failed Democracy and Impoverished the Souls of Today’s Students. Published way back in 1987, I couldn’t put it down. Finishing, I said to my wife that Bloom had done a perfect job describing my three years at Gordon-Conwell Theological Seminary under Ramsey Michaels, David Wells, Richard Lovelace, Gordon Fee, David Scholer, Steve Mott, John Jefferson Davis, and Roger Nicole.

Truth is, I had more freedom to live by, and speak up in class in defense of, the politically incorrect truths of Scripture during my undergrad years at University of Wisconsin in Madison than while earning my Masters of Divinity at Gordon-Conwell. Academic freedom was only for the professors. Students were to toe the party line, particularly in sexual matters. The feelings of feminists like Scholer, Nicole, and Fee, and the women who loved them, were all that mattered. The year after I graduated (while my two brothers were still studying there), Gordon-Conwell’s faculty and administration sent a letter to the student body threatening anyone who made women uncomfortable by defending Scripture’s prohibition of women teaching and exercising authority over men. Women didn’t deserve God’s truth, but only a safe learning environment.

That remains the condition of higher education today, with large secular schools such as Indiana University having slightly more freedom for faculty and students than any Christian college or university. Within what passes for religious communities of education today, the cloying nature of ingrown Christian communities joined to the toxic intolerance of political correctness leaves campuses stultifying to the sort of free inquiry that is foundational to intellectual, moral, and spiritual growth.1

Turn to the media and things are even worse. About fifteen years ago, our congregation had purchased a parcel of land, paid the engineering and architectural fees, and broken ground for a new building that would sit in a valley below a bunch of rich neighbors who lived above on a ridge. They fought and fought against the church, but the state laws were clear in exempting church building from zoning laws and we had the city planning commission’s approval. Never mind, the neighbors took it to court and during the controversy the local newspaper ran a long article saying our building would be in the floodplain.

Any slightest effort on the part of the paper would have shown them it wasn’t true, but that would have put them against the neighbors including an influential Democrat active in city politics. In other words, it was a useful lie. I’ve only complained to local papers a couple times over my lifetime, but that was one of those times. I decided to do it in person and drove down to the office. Asking to talk to the editor in chief, I explained that their news account had been inaccurate at the most serious point of the controversy, and it would have been the easiest thing in the world for the writer or editor to check the facts and correct their error. Then I looked him in the eye and said how disappointed I was, the son of an editor and publisher myself, to see how truth didn’t matter to media any more. That it wasn’t a matter of truth being hard to find. Witness the present instance. Rather, truth was inconvenient to journalists and their editors intent upon opposing anything conservative, particularly Christians and their morals and churches.

We all know this today. Journalists, editors, publishers, and the academic experts they love to quote, are united in their hatred of God and His law,

What was needed was someone big enough in the national eye that he couldn’t be suppressed who would use his platform to mock and scorn and ridicule them; who would refuse to take liars seriously, but instead mimic their pomposity and hypocrisy. Then, to the great relief of many of us, along came Donald Trump.

Here’s the principle: Answer a fool as his folly deserves, that he not be wise in his own eyes” (Proverbs 26:5).

President Trump does not owe the media an honest response. He answers them as their folly deserves, and this is why they hate him. He exposes them for who and what they are—liars whose lies serve the morally degraded interests of their party of Molech. We should thank him for this. He is a man large enough in the public eye that they can’t silence him.

But this isn’t his only stand for truthfulness in our public square.

The late Joe Sobran used to say, “Fool me once, shame on you. Fool me twice, shame on me. Fool me three times, I’m a Republican.” He said this because, like the rest of us, he was tired of Republican politicians, particularly our Republican presidents, taking conservative voters for simpletons, promising us everything, but giving us nothing. Repeatedly, Republican presidents we elected gave us Supreme Court justices who, once installed on the court, cowered before the chattering class and voted to  protect Roe v. Wade.

President Trump has not lied to us in his campaign promises. He’s done almost everything he promised, and many good things he didn’t promise. Other than the wall, we have his word fulfilled now, and that’s an astounding blow for truthfulness in the public square. A political candidate—for the world’s highest office, no less—who kept his promises, and continues to keep them. If you refuse to acknowledge anything else, you must admit our president has remade the federal judiciary in ways never before seen in my lifetime.

My European friend asked me what I thought the president’s chances were in the election and I put them at 60-40 in his favor, to which he responded, “It almost doesn’t matter, does it, now that he’s made all the appointments to the judiciary.”

So, to all my brothers in Christ who despise President Trump, I get it, but you’re wrong. Yes, egotism is sinful. So is lechery and adultery. Many other things are gauche.

It’s humiliating to have a president like Samson, but God gave him to us and we should be thankful.

Speaking specifically to the matter of honesty, what blows this man has struck for truthfulness in our nation’s public square. Campaign promises kept and lies ridiculed and exposed.