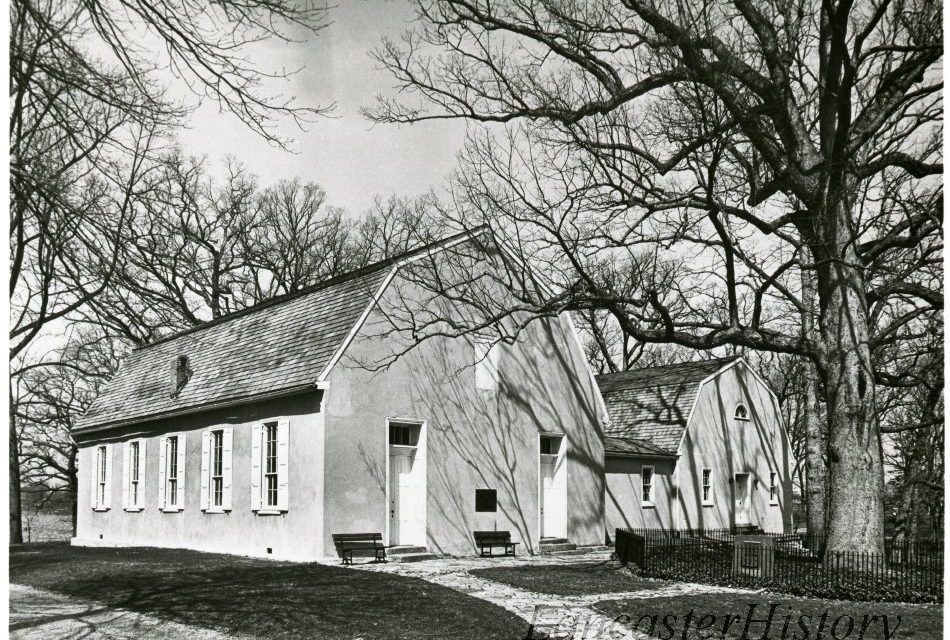 (Note that this post has the lowest ratings of any post I’ve ever put up here on Warhorn. Which, to me, confirms the truth of what I’ve written. As Samuel Johnson put it, I never consider I’ve hit my mark unless I get a good pushback.)

COVID has been a good lense through which to examine the condition of the church, today. What have we learned?

Some pastors with huge audiences have shown their essentially mercantile approach to the care of souls by announcing virtual religion to be their new normal. They seem pleased—even happy—to be done with bodies in their amphitheaters. Other pastors committed to ministering to their sheep both body and soul have found their congregation’s return to physical worship and fellowship joyful and united. By God’s grace, we count ourselves among that blessed number.

Sadly, many pastors also committed to personal pastoral ministry have found the return to the church-house and in-person worship the occasion of a host of fractures among their people over the terms of that return—particularly social distancing and masks.

Watching these divisions has reminded us of the great difficulties the church has faced down through the centuries working to separate Christian faith from ethnic, racial, and national patriotism. This difficulty was also on full display in the hatred and murderous jealousy of the Jews’ Pharisees, chief priests, and elders ibn their opposition to, and murder of, Jesus. After our Lord’s resurrection and ascension, it was on display in the  Judaizers attempts to divide the church of the New Testament as they refused to acknowledge God’s distinction between political and fleshly Israel, on the one hand, and spiritual and true Israel, on the other.

Faith and fatherland (or race) have always been commingled to such a degree that trying to untangle the fibrous mass is headbanging territory; it feels so good when you stop.

Today, the intersection between nationalism and Christian faith has come to the fore through COVID, but also Black Lives Matter. Both have left the church in a state analogous to to an angry hive of bees. As you approach, you realize the hive is in a nasty mood. The buzz tells you the hive is irritated and angry, and if you choose to continue, you know your bees will attack you en masse. The wise beekeeper leaves working the bees to another day.

This is many of our congregations, currently. A significant number of the saints are in a nasty mood. Not everyone, of course, but we pastors know how swiftly a bitter deacon or angry elder can, assisted by a change in wind speed and direction, turn the flock into a white hot conflagration. BLM on top of COVID have been the change in wind speed and direction angry men have leveraged to set many congregations on fire. Thus many pastors have been reduced to patiently biding their time, hoping when the election is over and COVID departs, they’ll still have a flock that is intact, although depleted.

Other pastors, though, think they have a better way to handle the crisis. Channel their people’s anger, focussing it on any external enemy. Then the anger presents no threat to the church’s overall unity and their job isn’t jeopardized. After all, they’re leading the charge.

This is a good leadership strategy. The pastor who gets out in front of his angry hive can steer their fury in a direction where it may at least protect their church’s unity, but there’s some hope it may even grow their church as it calls attention to them among other churches watching them take firm stands for conservative political ends.

Still, they can only do so much controlling of this anger among their people since the anger is rooted deep within the patriotism of conservative Christians who now have spent decades watching the destruction of our nation and its rule of law. The pastor who strays far from this theme will soon lose the initiative in his leadership of his flock.

Note very carefully how this anger which has spread across the church today is not focussed on the abuse of the Church’s sacraments, the flattery engaged in by the Church’s preachers, the greed of the Church’s celebrities, the lackluster shepherding by the Church’s elders, the absence of compassion among the Church’s deacons, the rebellion of the Church’s older women, or Christians’ chronic shame over Jesus’ words out in the public square where they have become more and more unutterable.

The anger of Christians is not running in the direction of church reform, of cleaning out the temple.

The anger is almost entirely political. No channelling of that anger by the pastor will satisfy his men unless he shows himself as angry, politically—at governing authorities—as they are. Sure, he’s free to gussy the anger up in spiritual terms all he wants want. Religious freedom is a good intersection to focus on, here. But the important thing is to keep the anger focussed on men other than himself and institutions other than his own beloved congregation.

The hive is rattled, for sure. The trick is to keep its anger focussed outside the church, at other authorities not sitting there among us at the Lord’s table Sunday mornings.

You say you don’t believe it’s right for you to sign onto, and begin to lead this anger? You say you’re more concerned with the reform of the Church than the reform of your county or state or nation? You say the church today is betraying Christ and His Word? You say you believe the path to reform the state, even, is to reform the church’s preachers so they turn back to their own flock and begin to call for the repentance and faith of God’s people themselves? You say you believe judgment shouldn’t begin at the county courthouse, but inside the house of God?

Well, have at it, and the best of luck to you. But don’t be surprised if the hive turns on you, forcing you to change your tune.

During the present belligerating by God’s people against their political authorities, I’ve thought frequently about something that happened outside Donegal Presbyterian Church back in 1777.

Down at the southeastern corner of the state of Pennsylvania, in Lancaster County, stands Donegal Presbyterian Church. There on display in the Donegal church-yard is the church’s “Witness Tree.” I knew about this tree from reading our family history.

Donegal Church was organized in 1721. Rev. Adam Boyd was the pastor of neighboring Middle Octorara Church and he joined with the pastors and elders of Donegal and three other churches, holding the first meeting of what they named “Donegal Presbytery” at Donegal Church in 1732.

Pastor Boyd’s daughter, Margaret, married Joseph Tate, and hence my family interest. Our eldest son is Joseph Tate’s namesake. Son Joseph Tate Bayly VI’s lineage is traced back through my eldest brother, father, grandfather, etc., to this Rev. Joseph Tate who was installed as Donegal Church’s third pastor, serving the congregation twenty-six years, from 1748 until his death in 1774.

His successor, Rev. Colin McFarquhar, was a Scotsman fresh from the motherland. Degree in hand from Edinburgh University, Pastor McFarquhar emigrated to America where he took up the call to Donegal Church and served her well for three decades, from 1775 (6?) to 1806.

The Witness Tree is connected, though, with Pastor McFarquhar’s very rocky start there in Donegal. For the historical account, we turn to an address given at the Eighth Congress of The Scotch-Irish Society in America (1896):

The Rev. Colin McFarquhar was called to the church in the fall of 1775. He was a Scotchman, and had but shortly before that come to this country. He did not fully sympathize with his congregation in their hostility to Great Britain. He must have been greatly astonished on the 16th day of June, 1777, when as he was holding service an express arrived from Philadelphia to Col. Alexander Lowrey, calling upon him to muster his battalion and march to the Delaware, to aid in preventing the capital of the province from capture by Gen. Howe and his army, who were supposed to be marching through Jersey.

The congregation adjourned without waiting for the benediction, and formed a ring around the old oak tree in front of the church, and placing Mr. McFarquhar within the circle made him take off his hat and shout for the success of the patriot cause. Joining hands, they pledged their faith to each other in their determination to fight the British to a finish.1 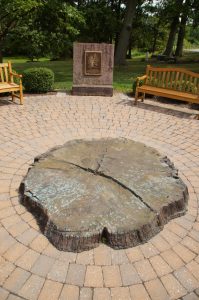 Having a fair number of men angry that I’m not belligerating against face masks and the lying media and civil authorities behind them, I have little trouble relating to Pastor McFarquhar’s capitulation there under the Witness Tree with hat in hand. The congregation had abandoned his sermon and benediction, so he knew full well they would also abandon him as their pastor if he did not move his black-robed body outside and join in their belligerating. He did so with alacrity, thus establishing his ministry for thirty more years. Sometimes politics win over religion—even Presbyterian religion.

There is a man, though, who couldn’t quite bring himself to believe good Presbyterians would treat worship and their minister with such disrespect. Writing in 1902, J. L. Ziegler questions the story’s veracity:

(W)hile these good old Presbyterians were intensely patriotic, they had an equally intense respect for the services of God’s house. It seems incredible that they would have rushed from the Church with one accord, regardless of the benediction, and rudely assailed their pastor, compelling him to take off his hat and shout for the success of the patriot cause. To inflict such an indignity upon him, especially in view of his recent installation (as that must have taken place less than six months previously), seems incompatible with the high estimation in which the pastors were held and the respect accorded them in those days. Mr. McFarquhar was a Scotchman, a minister of the Gospel, trained in Scotland, educated in the school of a “Knox,” coming to America at a time when, in the estimation of an Englishman, a Presbyterian and a rebel were synonymous terms. It is not to be supposed that Mr. McFarquhar’ s sympathies were very strong for Great Britain [for if so] it would be a strain of one’s credulity to suppose that the congregation of Donegal would have suffered him to remain as their pastor and subsequently entrusted him with the many responsible duties during a pastorate of thirty years.2

For myself, I have not the slightest difficulty believing the history as written as I watch certain pastors out at the oak tree today, hat in hand, “shouting for the success of the patriot cause.”