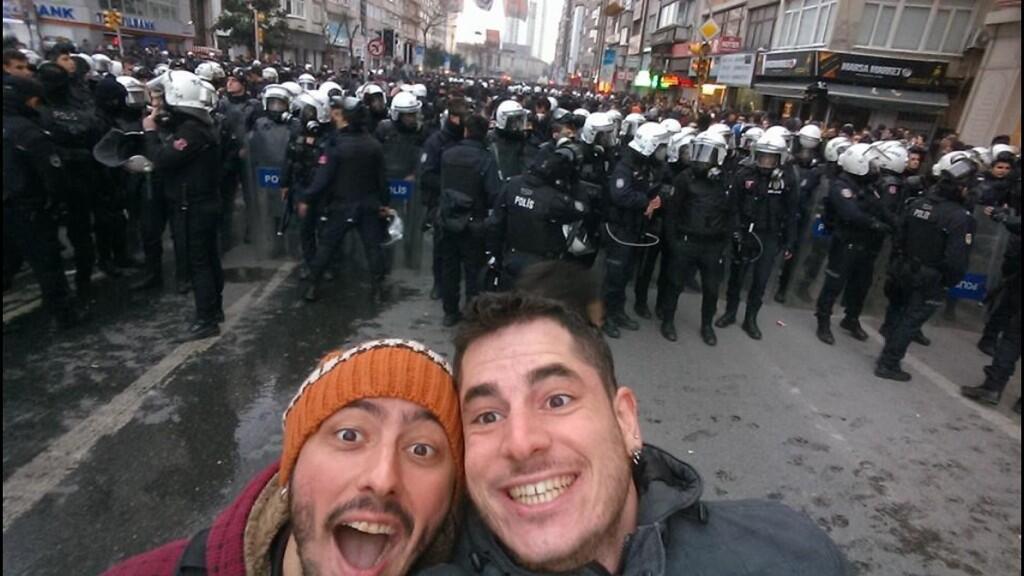 So what’s with all those videos and pics of whites taking selfies in front of burning squad cars? What’s up with their arson, looting, and riots being called “demonstrations?” Yard signs in the wilderness north of Grand Marais, Minnesota, yelling at people driving the Gunflint Trail, “BLACK LIVES MATTER”?

Do the lawless punks take us for idiots?

But of course. Because we are. Credulous. Naive.

Christians today think it’s pious to be a simpleton, but it’s not. The book of Proverbs tells us that to lack judgment is no virtue, but sin. The Christian should be a man who does the hard work of learning to make right judgments—to judge in light of God and His truth.

About these rioters and their anarchy then, what judgments should Christians come to about them and their movement?

Demonstrations can be both necessary and good, but we don’t call people torching squad cars, defacing public memorials, and assaulting policemen “demonstrators.” Demonstrations are against injustice, but demonstrators don’t commit arson, assault, and battery. When demonstrators smash windows, torch stores and police stations and cars, and assault law enforcement officers, we don’t dignify them with any commitment to any principle other than themselves. They’re merely a lawless mob having themselves a riot.

These mobs and their riots have nothing to do with racism or social justice. Those are only the pretexts these punks and cowards are using. Sure, we’ve all gotten impatient or angry over being penned up for months, but we’re not all assaulting police officers.

Here, though, we have scofflaws raised by dads who never taught them to discipline their tantrums, so they justify their riots as a call for an end to racism. Then, along come Christian simpletons with treacly hearts and gelatinous minds who, from their safe distance, justify the lawlessness.

The media labels the anarchy, “George Floyd Protests.” Being moral anarchists themselves, the chatterboxes and scribblers work to legitimate the anarchists and cover up what’s really going on, but it’s no use. People who work for a living know the punks they’re watching as well as the fathers and mothers who raised them. On top of COVID-19, the murder of George Floyd popped the cork. Whoddathunk it would explode in sleepy Lutheran Minneapolis, though?

Watch these white punks taking selfies while they stand in the tear gas holding their breath.

Christian, if you can’t see these things, the world has pressed you into its mold. You have an unrenewed mind and you should be ashamed of yourself telling people your Lord is Jesus Christ.

That, or stop living out your inner rebellion. That’s for the worldlings.

You, Christian, are to repent and honor those God has put over you. Think about it.

And do not be conformed to this world, but be transformed by the renewing of your mind, so that you may prove what the will of God is, that which is good and acceptable and perfect. (Romans 12:2)