COVID-19: the wickedness of our civil authorities 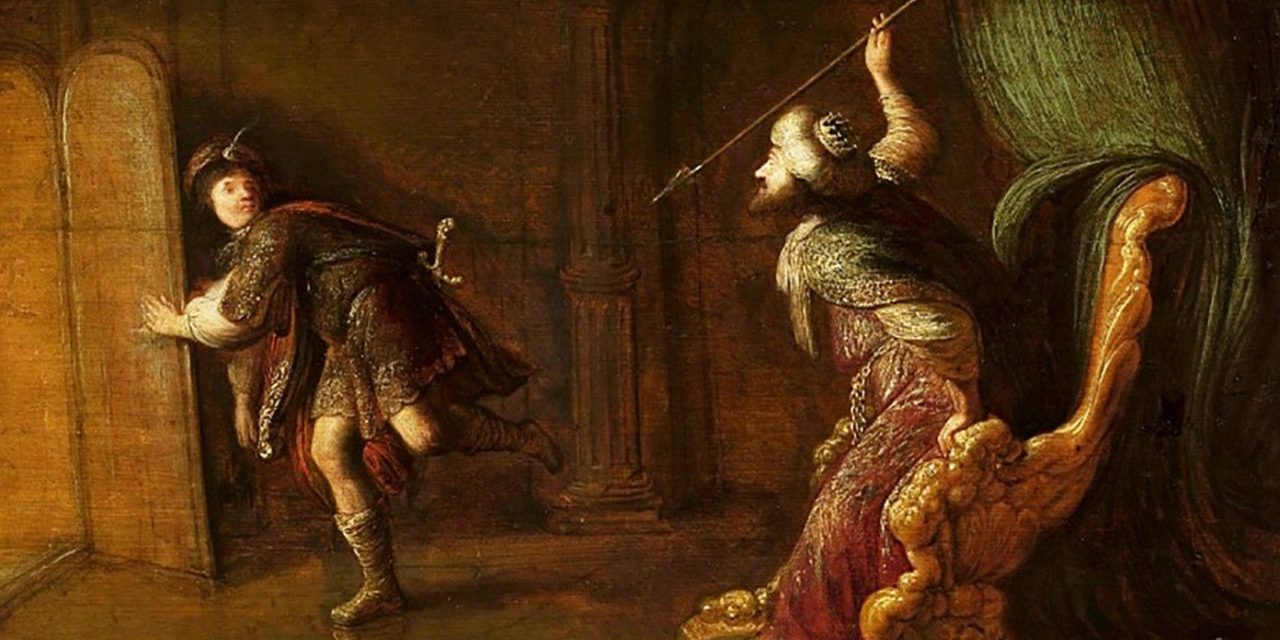 Despising authority is a besetting sin of the Church, today. Writing on fatherhood and the eldership has been difficult, knowing many will point at fathers and elders who have abused their authority, responding, “You want us to respect them?”

More recently we’ve been calling Christians to honor the authority God has delegated to city fathers. This has been an even tougher sell and we’ve been met with catcalls and accusations of stupidity, groupthink, and statist idolatry.

Regardless of our thoughts about whether COVID-19 is a pandemic, there’s no question we have a pandemic of disrespect for civil authorities among the people of God. Is this disrespect justified?

Let us make the case for it.

Our deep and abiding distrust of the civil authority goes deeper than skepticism about scientific studies and computer models. It goes much deeper than doubts whether this Beltway public health official really knows anything about that physician or nurse’s treatment of patients on the front lines of the clinic or ICU.

Over decades American Christians (or all Christians in the West) have been watching and groaning under the betrayal of the shepherds God has appointed to exercise the power of the sword. These civil authorities have betrayed their calling and the public trust at every level, from the municipality to the nation’s capital, and within every branch—legislative, executive, and judicial.

Betrayal of a man’s calling is as old as Adam. And every one of his descendants is guilty of it. In American politics notorious examples are branded a “scandal.” Some humdingers earn promotion to the four-letter epithet “-gate.” At these, Christians don’t exactly yawn, but they don’t jump out of their shoes either. Throughout Scripture, we see warning after warning to the civil magistrate against bribery, perjury, oppression, and immorality. Tammany Hall and even its modern-day, souped-up graft machines are, in a sense, common sins.

But decades ago we entered an era in which political deviancy itself has been defined down. To the core. Gross, sinful abnormality infuses the body politic.

After decades of protesting, preaching, electioneering, publishing, and think-tanking, and after scads of Republican Supreme Court appointments, we’re no closer now to abolishing the systemic slaughter of the unborn than we were in 1973. Rather, with some limitations here and there—scraps to keep the decibel level down—the wickedness grows and spreads. The Supreme Court with demonic callousness justifies partial-birth abortion. Governors and legislatures “legalize” abortion up to the moment of birth. If someone witnesses against the sale of body parts from aborted babies, the witness—not the ghoul in the chop shop—is prosecuted. Judges decide whether a minor can get an abortion while her parents have no say and are in the dark. Baby Doe is starved to death in a hospital with the approval of the family, physician, and judge.

Yes, other societies have practiced abortion and infanticide, but the modern West has mechanized and systematized the slaughter on a mass scale of hundreds of millions of victims. Of course, by some stern logic others on the margins of life, like Terri Schiavo and Grandpa suffering from Parkinson’s, must also be sacrificed.

Having redefined life, the Supreme Court later considered itself equal to the task of redefining marriage. In Obergefell, the Supreme Court reversed God, holding that He had erred in instituting marriage. From the Garden of Eden until A.D. 2015, marriage was instituted to bind one man and one woman. With cosmic effrontery and driven mad by their not-so-great learning, the black-robed ones imposed sodomite marriage on the entire nation. The Constitution required it, we were told. Soon we learned from city officials in places like Cincinnati that civil rights also required that counselors gag themselves when treating children suffering from gender dysphoria. Bathrooms and showers must not discriminate. And the beat goes on.

The Judiciary hasn’t done this single-handedly. The President has a mighty bully pulpit, and Congress could have impeached the usurpers or taken away their jurisdiction over these cases. Governors and state legislatures could have mounted strong resistance. Instead, after some barking and yipping, they capitulated.

The elected branches have also set themselves to the task of transforming society by neutering intermediate institutions, such as churches and schools, and loosening the tie between family members. Colossal entitlement programs have helped grease the skids. They fund their national social experiments through enormous levels of taxation, debt, and inflation. The reckoning of the multi-trillion-dollar balloon payment will come due. No budget magic, “pro-growth” policies, or accounting gimmickry can avoid the reaping our children and grandchildren will suffer from our prodigious sowing. Take this relatively inconsequential example. When Indy’s $620,000,000 Lucas Oil Stadium was finally finished, tens of millions of public debt were still owed on the 1984 RCA Dome that was blown up in 2008 to make way for the new football cathedral. No problem. We’ll just roll that old generation’s debt into the new generation’s debt.

What more shall we say? Time would fail us if we were to continue down this trail to mention endless foreign wars, execution by drone, government capture of 1/5 of the American economy through Obamacare, the warrantless widespread sweeping up of electronic communications and other personal data, the daily intrusion of child protective services into the lives of families who increasingly fear disciplining their children with the rod, the Deep State coup, etc.

Now then, have we made a good case for refusing to honor our city fathers? Have we demonstrated these men’s abuse of their authority? Like those husbands the Apostle Peter admonished wives to obey, have we outlined some of the ways in which our civil authorities are “disobedient to the word” (1Peter 3:1)?

Why then our call to Christian shepherds and sheep to honor and obey these same civil authorities?

Where we differ from many Christians who would agree with us in the particulars of our previous indictment is that we don’t believe the government is adding to this great pool of wickedness by mandating masks and quarantines.

Yes, we ourselves have witnessed against the above evils for decades and at some personal risk and cost. Yes, our magistrate-shepherds have betrayed us, but we say once more that the betrayal and abuse of office do not negate the proper use of authority.

Every person is to be in subjection to the governing authorities. For there is no authority except from God, and those which exist are established by God. Therefore whoever resists authority has opposed the ordinance of God; and they who have opposed will receive condemnation upon themselves. (Romans 13:1-2)

Submit yourselves for the Lord’s sake to every human institution, whether to a king as the one in authority, or to governors as sent by him for the punishment of evildoers and the praise of those who do right. For such is the will of God that by doing right you may silence the ignorance of foolish men. Act as free men, and do not use your freedom as a covering for evil, but use it as bondslaves of God. Honor all people, love the brotherhood, fear God, honor the emperor. (1Peter 2:13-17)

You see that? “Honor the emperor.”

The Apostles gave this command at a time when Gibbons informs us fourteen of the first fifteen Roman emperors were bisexual.1 We can add to the sexual debauchery of civil authorities in New Testament times their militarism, their bloodshed of innocents, the ubiquity of slavery (sexual and otherwise) across their empire, their state-mandated idolatrous worship…

Now then, who is going to justify our disrespect and railing against civil authorities today by claiming they are less deserving of our honor and obedience than those of the Roman Empire?

Back then to COVID-19: That we may disagree with our city fathers’ public-health policies doesn’t make those policies unconstitutional or divest civil authorities of their police power. Church history, American history, caselaw, statutory law, and the Constitution are themselves witnesses against the railing that many Christians have given themselves to very publicly these past few months, and we call for it to stop. It is in direct violation of the command of God repeatedly given across the New Testament to honor and fear and obey those He Himself has put in authority over us.

There are many ploys men can engage in to avoid these direct commands of God, but you, man of God, don’t be sucked in by such justifications of rebellion. Stop listening to those who invent them.

Rather, pray to God for relief from this plague of sickness and the personal, relational, and economic suffering it has unleashed across the world as many admittedly wicked city fathers have used and abused their God-given authority over us, their sheep. God is the One with Whom we have to do and He will judge our responses to those He has placed over us whether husband, father, elder, governor, or mayor.

Finally, pray for them. Pray for them in love with faith in God’s power to change them as He has changed us.