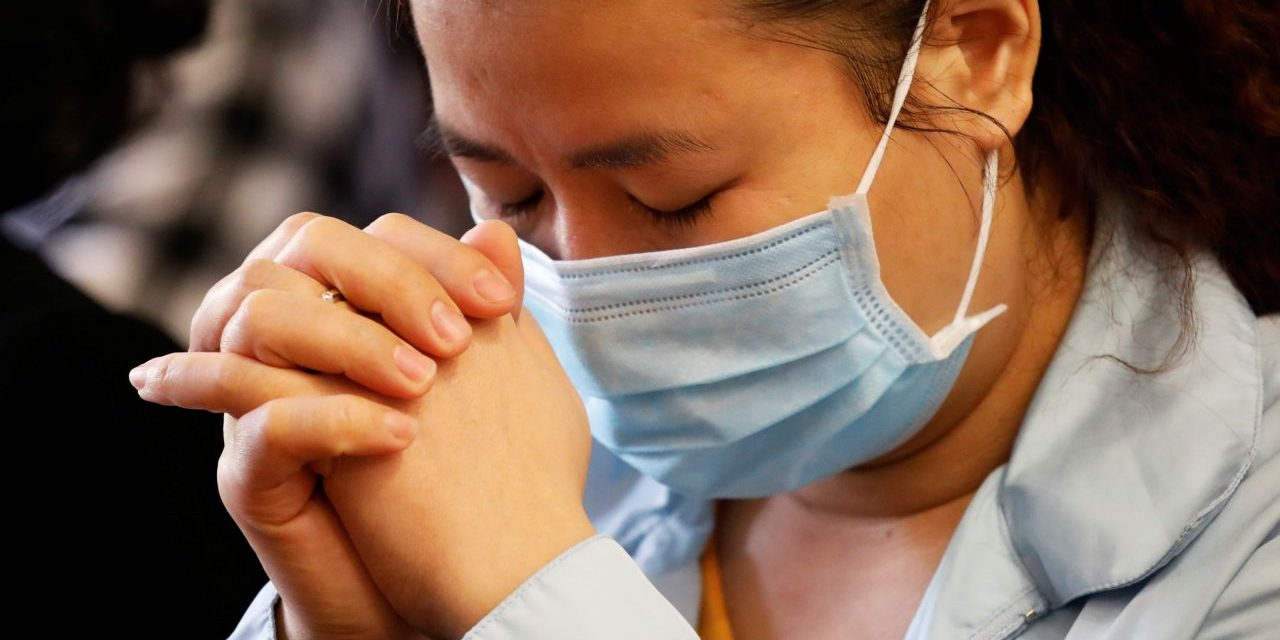 This is a pastoral letter to the souls of Trinity Reformed Church from Elder Brian Bailey and Pastor Tim Bayly.

Dear brothers and sisters in Christ,

We know it’s difficult to have the pastors of other churches opposing our elders’ care for their sheep, but this has long been the case with several of the other presbyterian and reformed churches in Bloomington, so we’re not running for cover. What’s been particularly sad to see, though, is how pastors and elders of churches we long have been sharing close fellowship with in other parts of the country now are standing against our elders because our elders have urged us as a congregation to comply with civil authorities’ face mask requirements.

Strident in their public rebellion, these pastors have taken COVID-19 as an occasion to call for unarmed revolt against our governing authorities, even going so far as to label our authorities “statist” “idolaters,” thereby condemning them, but also our own pastors and elders who call us to submit to them.

Your elders have made their decisions carefully. Furthermore, there are elders of our church contributing to these decisions who have a good deal of experience leading from their vocations as both civil and medical authorities. We freely admit to one another during our debates—and to you, our congregation, as we announce our decisions—that we may be wrong. We have been aware from the beginning how much no one knows about COVID-19, and thus that our information forming the basis of our decisions will often be faulty.

Still, we have not shirked our duty to lead and we believe that leadership properly includes calling the congregation to obey this or that mandate, sidestep another, and prepare to disobey a third if it is taken by our county or state officials. In other words, no decision has been easy or taken quickly in our session meetings. We have been deliberate and it has pleased us to see how the Holy Spirit has brought unity among us on such a controverted matter.

As most of you know, a number of us on the session have regularly opposed and acted in conscientious objection and disobedience to civil authorities when it was clear Christian faith required it. Among us are one man who picketed the abortuary downtown while going to IU Med School on a full ride scholarship. There is another man who, in chambers, confronted the judge he was clerking for over his participation in the judicial murder of Baby Doe here in our Bloomington Hospital back in 1982. One of our elders is a man who, at great risk to his position in one of Indy’s major firms, wrote an amicus brief against sodomite marriage which was cited by the state Court of Appeals in their ruling on a case of first impression concerning whether or not our Indiana Constitution contained the right to sodomite marriage. One of us was arrested for trying to feed Terry Schiavo as she was starved to death by the civil authorities in Florida.

These men were willing to say God’s “No” to the civil magistrate in defense of the defenseless. They relied on God’s Law certainly, but also the subordinate law of the land in their witness and actions.

If there is such a thing as “rightly dividing” the organic law of the land, these pastors referred to at the beginning of this letter who are calling for revolt over face masks have not acquitted themselves well. Prominent in the public rebellion fomented by these pastors are confident assertions about the Constitution. Yet they quote not a word of the parchment, much less connect those words to the specific situation at hand.

Beyond certain slogans, they display little awareness of its fundamental principles or caselaw. For instance, they make no mention of any police powers reserved to the States or to the People in the Tenth Amendment. Such powers incontrovertibly include quarantines, as acknowledged by the U.S. Supreme Court two hundred years ago in Gibbons v. Ogden (1824). Instead, these pastors are inclined to use the words “constitutional” or “unconstitutional” as adjectives to describe what policies they prefer or deplore.

American history includes numerous controversies over the scope of quarantine authority in response to yellow fever epidemics, smallpox epidemics, and the Spanish Flu epidemic. No one argued at the time that the state lacks quarantine power. No one argued that the word “quarantine,” or the lesser-included power of mask requirements, must be an enumerated power of a state constitution. Formerly, Americans understood the following principle of federalism:

The powers delegated by the proposed Constitution to the federal government are few and defined. Those which are to remain in the State governments are numerous and indefinite. (James Madison, Federalist No. 45)

Exercising one of those indefinite powers, in 1909, the Indiana General Assembly authorized local health boards to close schools and churches to prevent or stay epidemics. In deciding whether a teacher could still collect pay when a school was ordered closed due to the Spanish Flu of 1918, the Indiana Court of Appeals incidentally referred to this closure authority as a “police power.”1 We can look at these city and state fathers of 1909 and write them off as incipient statists and idolators, or we can charitably consider that such laws might be helpful to protect life in a society growing in population density and physical interconnectedness.

Not so. In a smallpox outbreak in Muncie, Indiana, in 1893, the State Board of Health declared a quarantine in the city. No public meetings were to be held of any sort, including church. “The people generally should remain at their homes as much as possible.” “No communication should be had with persons infected or in danger of infection.” “Everybody should be vaccinated.”2 Whatever they called it 127 years ago, it sounds a lot like today’s stay-at-home order.

This isn’t to say we would have made the same decisions as the civil authorities in 1893, 1918, or 2020. But keenly aware of our own frailty and weakness as leaders in different spheres, our commitment is to submit to the right people to make the wrong decision, unless that wrong decision requires us to disobey God.

Our commitment is to protect the conscience of believers who would wear masks (including in public worship) whether or not ordered to don one. We guard the unity of this body from such pastors who condemn masks as idolatry and stupidity, while they heedlessly sow schism in the church and rebellion in the body politic.

It has been a great joy for us as a congregation to be back in worship together the past few weeks. We give glory to God for allowing us this joy! We plead with each of you to protect the unity of the Spirit in the bond of peace among us. We plead with you to listen and heed our own shepherds, and not to give your ears or hearts over to podcasters and internet pastors who rail against civil authorities in order to create schism and draw men away from their own shepherds and flocks.

Please pray for us, your elders and pastors, as we continue to lead during this plague God has visited upon us. May He have mercy on us and lift it from our nation and world. May He give our nation and the world repentance for our many sins and rebellions against Him. This is where we all should be focussing our words and attention.

With love in Christ,