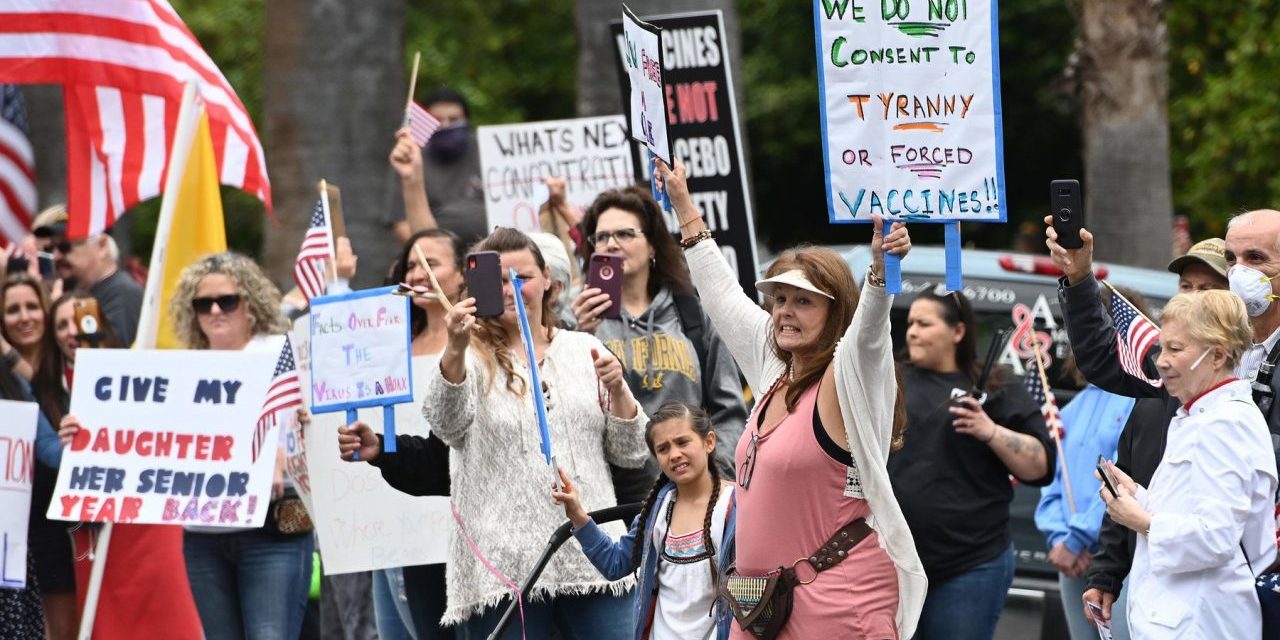 [NOTE: A couple days ago, a pastor friend sent a link to a post a mutual friend of ours had just published which, he said, was causing division in his congregation. The post abused COVID-19 to foment rebellion among Christians against our civil authorities. I hadn’t read the post, but clicking the link, I waded through. Other than its bombast, there was nothing unique about its arguments or conclusions. He laid on thickliest the sort of libertarian talking points every man who downed a couple shots of whiskey comes up with at night among friends without remembering the next morning. Sadly, though, this kind of crud is being taken seriously by some of our sheep, so here I write to warn against such errors. This is the first of two posts on the subject.]

Jesus and His Apostles are quite clear about submission to authority—including civil authority. Jesus told Peter to go get the coin from the mouth of the fish and pay the tax they both owed (Matthew 17:27). During his sham trial, Jesus acknowledged Pilate’s authority over Him when He said, “You would have no authority over Me, unless it had been given you from above” (John 19:11).

Our Lord commanded His disciples to obey the hypocritical and corrupt church officers who had “seated themselves in the seat of Moses” (Matthew 23:2-3). It’s instructive that Jesus commands obedience to the church authorities in the middle of his long series of warnings exposing these authorities’ wicked and hypocritical abuse of that authority. The point of His exposure was not fomenting rebellion against them. Yes, they’re utterly corrupt in their character and leadership. But I tell you, obey them.

The Apostles were equally clear about submitting to authority. It’s a theme. One could even say submission to authority is a central plank of their ethical instructions to all the new Christians. They warn these new believers just starting to build the Church in Her first century that the world will judge Christians on the basis of their submission to authority. Note the Apostle Paul tells Titus the older women are to submit to their husbands for this reason: “being subject to their own husbands, so that the word of God will not be dishonored” (Titus 2:5).

The Church of our time hates authority. Church leaders rail against civil authority every chance they get, so maybe we better continue this theme for a bit?

Servants are to obey their masters. Not only the good, but also the bad. Not just submit, but do so “with all respect”:

It’s the same with wives. The Apostle Peter exhorts Christian wives who are married to disobedient husbands to be Gospel witnesses to them by obeying them. Who knows, maybe their obedience will cause their husband to repent and believe?

you wives, be submissive to your own husbands so that even if any of them are disobedient to the word, they may be won without a word by the behavior of their wives (1Peter 3:1)

Eighteenth century lexicographer Samuel Johnson was wont to point out the hypocrisy of the rebels across the Atlantic who rebelled against King George while demanding submission from their slaves, famously making the observation:

How is it that we hear the loudest yelps for liberty among the drivers of negroes?

Similarly, today we hear the loudest yelps for liberty from state authority among pastors who drive their wives and children. Or should I say govern? Rule? Command?

Here’s the thing. If a Christian wearing a face mask is statist idolatry; if face masks are the precise moment when Christians in the United States of America are required by God to rebel against our civil authorities and obey God, why did the Apostles say “we must obey God rather than man” when the authorities commanded them to stop preaching in Jesus’ Name? Why was Daniel’s defiance of the civil authority on the occasion of being forbidden to pray to the Only True God?1 Why did Shadrach, Meshach, and Abednego defy the civil authority when they were commanded to bow down to a graven image?2

We could continue with such illustrations from Scripture and church history, but no reader of good faith can miss the point that the people of God have never trivialized rebellion against authority. “We must obey God rather than man” is the response of God’s people to cataclysmic confrontations where everyone everywhere understands the time has come to put our lives on the line and refuse. So we read of the Early Church refusing to submit to man rather than God, doing so at the point of that authority demanding they cease preaching and teaching in Jesus’ Name:

The high priest questioned them, saying, “We gave you strict orders not to continue teaching in this [Jesus’] name, and yet, you have filled Jerusalem with your teaching and intend to bring this man’s blood upon us.”

But Peter and the apostles answered, “We must obey God rather than men. The God of our fathers raised up Jesus, whom you had put to death by hanging Him on a cross. He is the one whom God exalted to His right hand as a Prince and a Savior, to grant repentance to Israel, and forgiveness of sins. And we are witnesses of these things; and so is the Holy Spirit, whom God has given to those who obey Him.”

But when they heard this, they were cut to the quick and intended to kill them. But a Pharisee named Gamaliel, a teacher of the Law, respected by all the people, stood up in the Council and gave orders to put the men outside for a short time. And he said to them, “Men of Israel, take care what you propose to do with these men. For some time ago Theudas rose up, claiming to be somebody, and a group of about four hundred men joined up with him. But he was killed, and all who followed him were dispersed and came to nothing. After this man, Judas of Galilee rose up in the days of the census and drew away some people after him; he too perished, and all those who followed him were scattered. So in the present case, I say to you, stay away from these men and let them alone, for if this plan or action is of men, it will be overthrown; but if it is of God, you will not be able to overthrow them; or else you may even be found fighting against God.”

They took his advice; and after calling the apostles in, they flogged them and ordered them not to speak in the name of Jesus, and then released them. So they went on their way from the presence of the Council, rejoicing that they had been considered worthy to suffer shame for His name. And every day, in the temple and from house to house, they kept right on teaching and preaching Jesus as the Christ. (Acts 5:7-42)

In former times, the battle cries had some weight and real men died for them:

No taxation without representation!

Give me liberty or give me death!

No union with slaveholders!

Face masks may not help; or

Face masks need to be washed; or

Face masks irritate my ears and make me look stupid!

Certain I’ve been for a very long time, and certain I’m still today, that there are rules and laws promulgated by our civil authorities we must rebel against. Parents should discipline their children corporally as well as psychologically. We will most certainly not stop singing in our worship services—what is worship without singing God’s praises? We will never cease preaching against murders and sexual perversions in a way that the IRS will declare illegal because we are being political. We will not allow sodomite or lesbian marriages on our property. We will not stop requiring the bride to vow to “obey” her husband. We will picket and protest and preach outside the baby slaughterhouses. Need I continue?

But having pastors of fellow reformed churches go online and accuse pastors and elders of being statist idolaters because we ask our sheep to submit to the civil authorities in the matter of face masks is simply schism.

Argue the civil authorities are stupid and power-hungry, but what else is new? Your wife and children may very well think (without saying) the same thing about you.

Since apparently these pastors have forgotten, one more time with the actual commands of God:

Submit yourselves for the Lord’s sake to every human institution, whether to a king as the one in authority, or to governors as sent by him for the punishment of evildoers and the praise of those who do right. For such is the will of God that by doing right you may silence the ignorance of foolish men. Act as free men, and do not use your freedom as a covering for evil, but use it as bondslaves of God. Honor all people, love the brotherhood, fear God, honor the emperor. (1Peter 2:13-17)

Every person is to be in subjection to the governing authorities. For there is no authority except from God, and those which exist are established by God. Therefore whoever resists authority has opposed the ordinance of God; and they who have opposed will receive condemnation upon themselves. (Romans 13:1-2)

Now then, under the authority of our wise elders, many of us obey God by honoring and submitting to our civil authorities’ commands to wear masks.

You who rant about the civil authorities being wrong may well be right.

Nevertheless, they are the ones to whom God has delegated authority to protect the public health just as other civil authorities have done now for millenia.

May I speak plainly?

He has never delegated this authority to you.

Further, we will not allow you to pull away disciples for yourselves from within our congregations in order to bolster your rebellion.

This is the first of two posts on the subject.