The death of sodomy and sodomites… 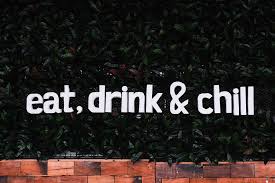 This blog post originally was published August 8, 2015 on Baylyblog. Given the scrupulously  flaccid response to the Revoice scandal done by the PCA’s Revoice Study Committee by members Tim Keller, Kevin DeYoung, and Bryan Chapell; then also, the recent tempest in a teapot over language in a certain Reformed FB group; it seemed a good time to reprint this. I’m hopeful some souls need some explanation of what they may not be able to put their finger on concerning their lack of satisfaction with the ways these men abuse and abandon God’s truth through their abuse and abandonment of God’s words.

For over a decade on this blog, I’ve used the word ‘sodomy’ to refer to… well… sodomy. One of the first to explain to me that the word was offensive was my seminary advisor, Dan Jessen. Since responding to Dan, I’ve been forced to respond continuously,1 and do still. On FB this week a young woman faulted me for using the word. She pronounced what I’d written to be “extreme,” adding helpfully that “extremism of all kinds is dangerous.”

What’s really dangerous, though, is sodomy. Sodom shows how dangerous it is. God rained fire and brimstone, executing all the people of the city for their indulgence in “gross immorality.” And what are we to learn from this? Jude tells us God killed the Sodomites so they would be “exhibited as an example in undergoing the punishment of eternal fire.”

But at the time, I’m guessing Sodomites would have laughed at being called “sodomites.” They would have thought it extreme and pointed out that extremism is dangerous. They would have been tight with Darryl Hart and David VanDrunen’s call for the nakedness of their public square. They liked naked…

In Sodom, there would have been no talk of “sodomy” and “sodomites.” No mention of “debauchery” and “moral filth.” No condemnation of going after “strange flesh.” No preaching against “gross immorality.”

Which is to say we live in Sodom and our obscene wealth has made us fat and complacent, without regard for the poor and indifferent to the debauchery, lechery, moral sewage, lust for strange flesh, and gross immorality we live in the midst of. All we ask is…

that we be left alone during worship at church Sunday morning and evening, and the rest of the week at home. We’ll keep our mouths shut everywhere else. We promise.

If Reformed celebrity pastors and authors were to take a patron saint, I’d commend to them Lot. Or better, Lot’s wife. We live in the midst of filth and have grown somewhat attached to the look and smell of it, coming to adopt language matching our vicarious participation. “Gay spiritual friendship” and “celibate gayness,” for instance. So precious we are. So very tender of sinful lusts. So very understanding of sodomites who stop just short of sodomy.

But there I go again. Warning day and night with tears. And I know you love me for it, don’t you?

Anyway, once more with feeling, here’s my justification for the restoration of the excellent, loving, and spiritually helpful word ‘sodomy’ to the preaching, teaching, and pastoral care today.

If it matters, the words in the paragraph just above were written by John Piper. But really, who cares who wrote them?

They’re just the boringly normal statement of every prophet or pastor since Sodom who has even a modicum of love for his flock.

What’s amazing is not that John said them, but rather that Tim preaches in New York City and he won’t say them. I know you will find it hard to believe, but this man is the model preacher every pastor in the country today quotes and emulates. I kid you not.

Here’s the end of it. If you are a pastor today and you don’t use the words ‘sodomy’ and ‘sodomites’ regularly, make no mistake about it—you are ashamed of Jesus and His words.

Put a little love in your heart.