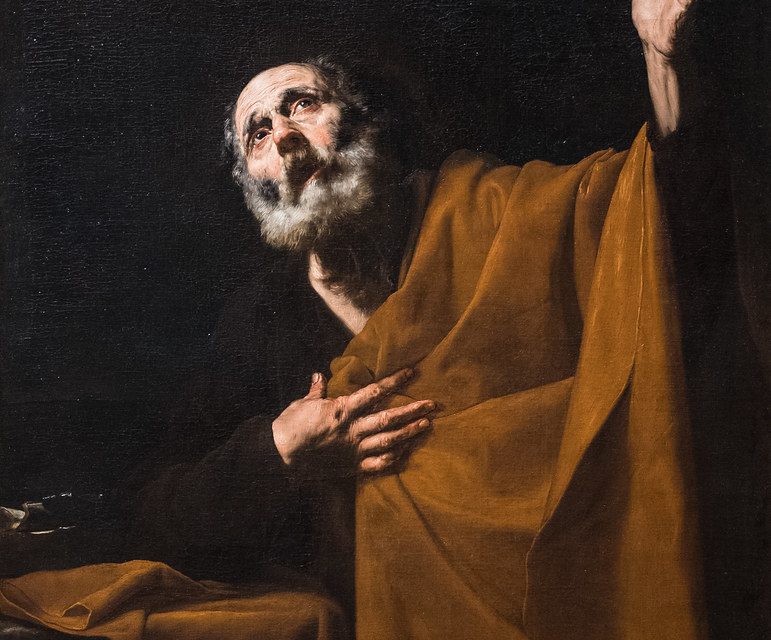 Over a lifetime, the reformed church in North America has turned aside from the commitments of our Reformation fathers five centuries ago. Even the more conservative brandings of reformed and presbyterian congregations now embrace women officers in the church, women preachers and Bible teachers in mixed-sex contexts, male church officers who are self-affirming gays, seminary profs who say Adam could have been an early tribe of hominids, carnival-like gatherings of celebrity speakers and their acolytes, and the list goes on…

Reformed pastors no longer give warnings as a part of communion liturgies. Reformed preaching demonstrates a studied avoidance of appeals to the conscience and proclamation of downer themes such as Original Sin, God’s Moral Law, and the call to repentance. Most assuredly this is not our Reformation fathers’ church. Nor is it the Church of the Apostles our Reformation fathers call us back to.

Growing up, I knew something of that church from my father, Joe Bayly, and my father-in-law, Ken Taylor. Both men grew up in Presbyterian households and were students at Wheaton College during the presidency of Presbyterian churchman, J. Oliver Buswell. Watching and learning from these men so different in personality yet similar in doctrine and practice, it was deeply embedded in me that God was to be feared. Other similarities could  be named. Both were authors, editors, and publishers. Both went to seminary after Wheaton. Both served a stint as editor of Inter-Varsity’s “His” magazine. Both started publishing houses to publish their own books. Both were married to women at least as gifted and intelligent and strong as they were themselves. Both had lots of children. Both banned televisions from their homes. Both homes had lots of people live with them at different times and were constantly given to hospitality. Both men suffered. Both were nationally known and humble. Both spent decades in Christian work that made them very poor. Both gave heavily to the work of the Lord. Both had family devotions each evening.

Both lived in the fear of God.

Thus I grew up knowing deep in my heart, not so much that Jesus loved me, but first that God was holy and to be feared. The Christian school my father and mother helped found and run for years during my childhood had a plaque beside the main door students entered on which was engraved:

The fear of the Lord is the beginning of knowledge. -Proverbs 1:7

When I myself went to seminary and began reading the church fathers—Augustine, Calvin, Watson, Baxter, and Edwards—I recognized them because their fear of God and work for the Kingdom of God resembled my fathers and mothers’. Such intelligent Reformed and Biblical piety. Such intensity of faith. Such salty witness. Such love for the Church. Such fear of God. Such submission to His Word.

But then, there were lots of men and women like them back then. Within a couple pews of each other there at the front of College Church in Wheaton were four families led by patriarchs who loved their wives and loved the church and had lots of children they loved and gave themselves to the work of the Lord and banned television from their homes—and whose children were friends. Ken and Jean Hansen who started ServiceMASTER, Joe and Mary Lou Bayly who were the first Inter-Varsity staff workers in New England, Ken and Margaret Taylor who started Tyndale House Publishers, and Hudson and Miriam Armerding who lived next door to the church. This was one of Dr. Armerding’s perks as president of Wheaton College.

Mary Lee and I knew these families intimately, down to their (and our) sin, but up to their righteousness. We knew many others also we could add to this list of godly men and women who taught us the fear of God. Betty Howard (you know her as Elisabeth Elliot) was a friend of our parents and a regular visitor to our home. George Verwer1 was a friend of Mary Lee’s parents and a regular visitor to their home.

The reader will understand my grief over the condition of the Reformed church in North America today. Our leaders aren’t humble at all. They spend their money blowing their own horns. They compromise God’s Word and truth. Sometimes it occurs to me, watching them, that their goal is to keep trimming God’s truth at a safe enough pace that they’re able to retire and die before their rotten fruit becomes evident to their constituents and the gig is up.

Do you fear God? Do you live under a pastor whose preaching and pastoral care demonstrates and calls you to the fear of God? Do your children fear God?

This is first in a series. Increasingly it has weighed on me that Reformed Christians today don’t know what they’re doing because they don’t know what they have undone. We need some knowledge of how and why Apostolic and Reformation Christianity has been undone if we and our children are going to reform the church anew and be saved by Her.

What we need today is the restoration of pastoral care and church discipline.