Kingdoms, governments, and politics are not for us to know 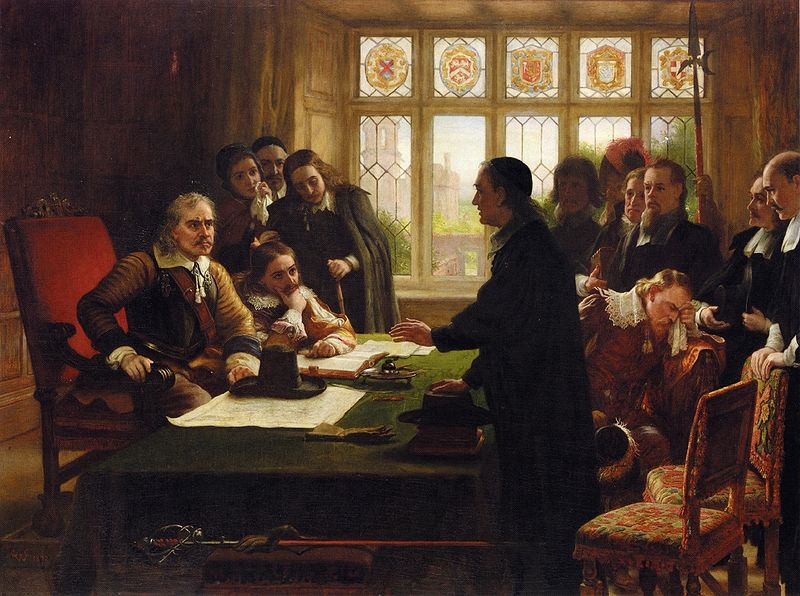 The Jews lived under the oppression of the Roman Empire. All through Jesus’ life and after His resurrection, His disciples expected Him to bring an end to that oppression. The Messiah was to be a king in David’s line, after all.

During the forty days Jesus taught His Disciples following His resurrection, His theme was “the things concerning the kingdom of God.”1 Clearly, the kingdom of God was incompatible with the idolatrous kingdom of Rome, so this was the last thing they inquired of their Lord immediately before His ascension into Heaven:

they were asking Him, saying, “Lord, is it at this time You are restoring the kingdom to Israel?”

There was no kingdom of Israel because Israel was under the oppressive Roman Empire. Jesus was teaching them the things concerning the kingdom of God, yet they were inquiring whether the kingdom would be restored to Israel.

Jesus put off their questioning on this matter:

He said to them, “It is not for you to know times or epochs which the Father has fixed by His own authority; but you will receive power when the Holy Spirit has come upon you; and you shall be My witnesses both in Jerusalem, and in all Judea and Samaria, and even to the remotest part of the earth.”2

We learn from Jesus’ answer that the kingdoms of Rome, Israel, and the United States are “times and epochs which the Father has fixed by His Own authority.” Think on that for a bit.

It reminds us of what the Apostle Paul said to the leading men of Athens in the Areopagus:

and He made from one man every nation of mankind to live on all the face of the earth, having determined their appointed times and the boundaries of their habitation 3

God the Father has determined nations’ “times and epochs” as well as “their appointed times and the boundaries of their habitation,” and these things decreed by the Father Almighty are “not for [us] to know.”

Some may respond, “but Jesus wasn’t talking to us; He was responding to the question of His Disciples. Because they were not to know does not mean we are not to know.”

On the contrary, it is not for us to know. There are so many places where Scripture declares the movements of kingdoms and politics to be under the direct control of God Himself that it could lead Christian politicians and royalty and lawyers to throw their hands up and quit their work. “Well, if God is in control and has determined who’s in power and which nations rise and fall, what use am I?”

Wrong conclusion. Each man has his calling and is to be faithful in it, whether farmer or elder or king. Yet our work in each of these callings should have a bedrock foundation of humility.

Specifically in the political realm, our desire to see an end to the Washington D.C. empire through the bringing in of the kingdom of originalism, the return of the Tenth Amendment and some commitment to subsidiarity, or something as basic as the restoration of protection for those most vulnerable among us whether people of color, handicap, age, or the unborn must be tempered by our deep conviction that these things are not in our hands, but God’s.

This doesn’t mean we do our work half-heartedly because our attitude is fatalistic. On the contrary, we who belong to God always do our work “as unto the Lord.”

All of us should read history until we have a certain agreement with Samuel Johnson’s statement, “Why sir, all schemes of political improvement are laughable things.” We have had two-thousand years now of Christian schemes of political improvement. We’ve had Constantine and Calvin’s Geneva and Bradford’s Mayflower Compact and Cromwell and Owen’s Civil War and Randall Terry’s Operation Rescue, and note what they haven’t brought in.

The restoration of the kingdom of Israel.

Meanwhile, the gates of Hell have not prevailed against the Kingdom of God.

If your calling is the city gate whether as a governor, mayor, law enforcement officer, judge, or lawyer, give thanks to God that you also have the Church because you know She will triumph and your labors in Her behalf will never be in vain.