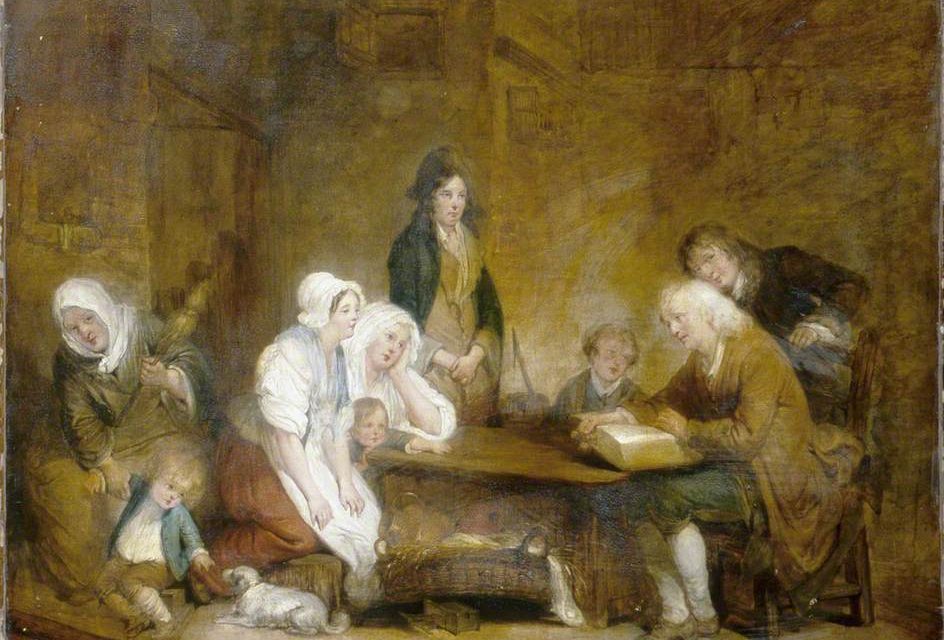 He shall see of the travail of his soul, and shall be satisfied:

To travail is to work. To work hard. To suffer pains in your hard work.

Maybe the greatest pain suffered during any work is the pain of a mother giving birth. This pain is so great that all through the Bible a mother’s travail in childbirth is used as a byword of terrible pain and suffering (Psalm 48:6; Jeremiah 6:24; Micah 4:9; etc.).

Much, much more awful than the pain of a woman working to give birth to a child, Jesus travailed by taking upon Himself the sins of the world, then suffering His Father’s wrath and punishment for them. In agony He cried out to His Father, “My God, my God, why hast Thou forsaken Me?”

Why did Jesus’ Father forsake Him when Jesus was there on the Cross?

Because God cannot look upon sin. God cannot tolerate sin. God’s wrath burns against sin and there on the cross His Son, Jesus, bore the sins of the world.

But did you notice that our verse says the Messiah would be “satisfied” by His travail?

Have you ever done a really hard job, then stood back and gazed upon it when you’re done? Relished it? Taken pride in it? Rejoiced in it? The suffering and pains you had doing the work make the fruit of your work even sweeter.

This is how it was with Jesus. He looked on all those the Father gave Him through His cross and blood and he took delight in them. In us.

John Calvin on this phrase: “This is full of the sweetest consolation; for Isaiah could not have better expressed the infinite love of Christ toward us than by declaring that he takes the highest delight in our salvation, and that he rests in it as the fruit of his labors.”

He shall see of the travail of his soul, and shall be satisfied:

Stricken, smitten, and afflicted,
See Him dying on the tree!
’Tis the Christ by man rejected;
Yes, my soul, ’tis He, ’tis He!
’Tis the long expected Prophet,
David’s Son, yet David’s Lord;
By His Son God now has spoken:
‘Tis the true and faithful Word.

Tell me, ye who hear Him groaning,
Was there ever grief like His?
Friends through fear His cause disowning,
Foes insulting His distress;
Many hands were raised to wound Him,
None would interpose to save;
But the deepest stroke that pierced Him
Was the stroke that Justice gave.

Ye who think of sin but lightly,
Nor suppose the evil great,
Here may view its nature rightly,
Here its guilt may estimate.
Mark the sacrifice appointed,
See Who bears the awful load;
‘Tis the Word, the Lord’s Anointed,
Son of Man and Son of God.

Here we have a firm foundation,
Here the refuge of the lost;
Christ’s the Rock of our salvation,
His the Name of which we boast.
Lamb of God for sinners wounded,
Sacrifice to cancel guilt!
None shall ever be confounded
Who on Him their hope have built.

PRAYER OF THE DAY

Today, Father, just as the Apostle Paul prayed for the Ephesian church, I likewise pray for myself and my fellow believers, that the eyes of our hearts may be enlightened, so that we will know what is the hope of Your calling, what are the riches of the glory of Your inheritance in the saints, and what is the surpassing greatness of Your power toward us who believe. May we know these wonderful things not just intellectually, but also experientially, affectionately, deeply, so that with all that we are—heart, body, mind, and soul—we may glorify, enjoy, and rejoice in You. Amen.

11 He shall see of the travail of his soul, and shall be satisfied: by his knowledge shall my righteous servant justify many; for he shall bear their iniquities.

12 Therefore will I divide him a portion with the great, and he shall divide the spoil with the strong; because he hath poured out his soul unto death: and he was numbered with the transgressors; and he bare the sin of many, and made intercession for the transgressors.