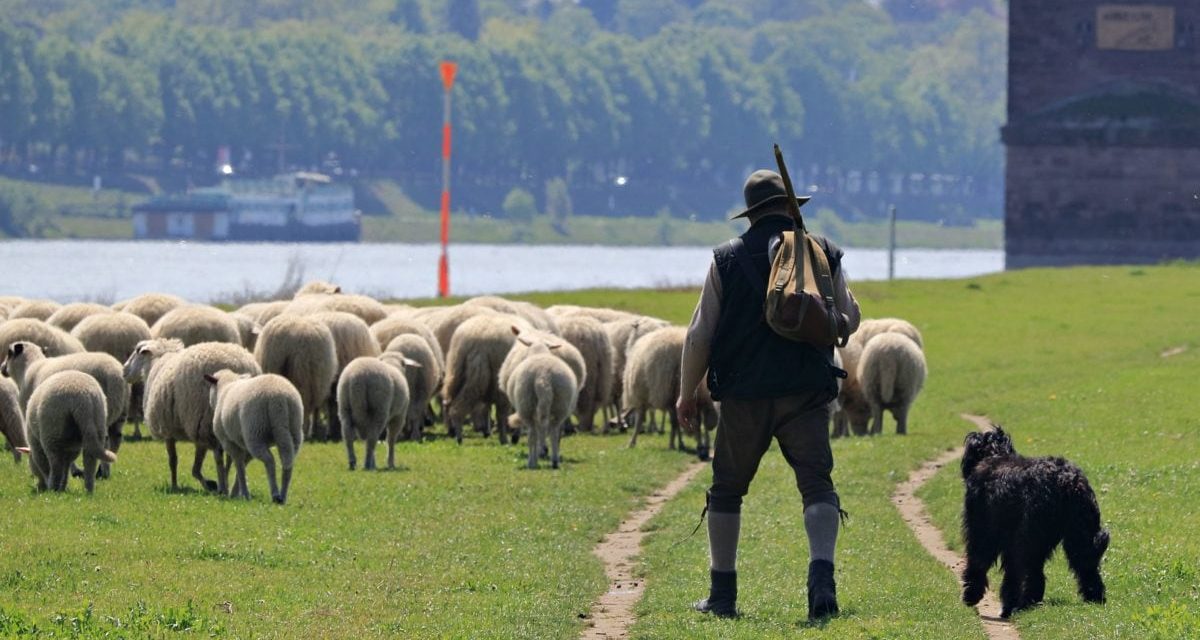 The discussions about state quarantines among conservative reformed types just now illustrate the degree to which pastoral care has died in the reformed church. Having left off our work of personal exhortations, admonitions, and rebukes within the church, pastors are responsible for our sheep having lost the ability to recognize and honor authority outside the church.

A couple days ago, I was writing one of our church’s daily devotionals on Isaiah 53 and called a former member who moved to Knoxville a few years ago. He’s from South Africa and grew up on a sheep farm, and I wanted to ask him about the second half of verse 7:

…he is brought as a lamb to the slaughter, and as a sheep before her shearers is dumb, so he openeth not his mouth.

As it turned out, he wasn’t available before my deadline, so the devotional had been published before we got to talk. But later that day, I asked him whether the docility of sheep in the face of slaughter and sheering had to do with their trust in their shepherd? Was it like our Lord with His Father? Like Isaac with Abraham? Did trust and submission to their shepherd quiet them?

My Afrikaner friend has a few sheep of his own now, and he described the recent difficulty he had killing his ram. It was easy to catch the ram and slit its throat, but it wasn’t easy emotionally. The ram was his friend and trusted him.

But he added that sheep are no longer cared for by shepherds. They’re out on the hills in masses now, so they “run wild.” Those were his words.

Sheep used to be watched by shepherds who knew them each by name; who knew their personality, coloring, limp, and even the particular sound of their bleeting. But no longer.

The sheep are on ranches now and fences and gates have replaced the shepherds. The rancher deals in herds. In hundreds. He’s no shepherd caring for them one by one. He doesn’t watch over his sheep hour by hour, day by day.

Rather, he rides and repairs his fences; and inside those fences, the sheep “run wild.”

Think of doctrinally precise teachings from the pulpit of churches where the Westminster Standards are said to be the church’s Biblical commitments. As long as the sheep don’t hop those fences publicly (or right under their rancher’s nose), all is well. The pastor and elders are ranchers. They don’t know their sheep, and if you listen, you quickly learn it’s actually a principle with them. Not to take risks and waste time on individuals.

Their care for their sheep is to mend their fences carefully; to keep them up and teach their sheep what they look like and where they are.

So of course the sheep “run wild.” That’s what we’re seeing today. The reformed part of the Christian church hasn’t had personal pastoral care for ages. No one has been exhorted, admonished, or rebuked, whether out of season or in season, and thus it is that our sheep have lost their ability to honor and submit to authority.

Now then, the governing authorities implement a quarantine over public gatherings and we all have to witness our fellow believers using ever last excuse they can come up with—as well as the Name of Christ and His Church—to justify the rebellion we pastors have never disciplined.