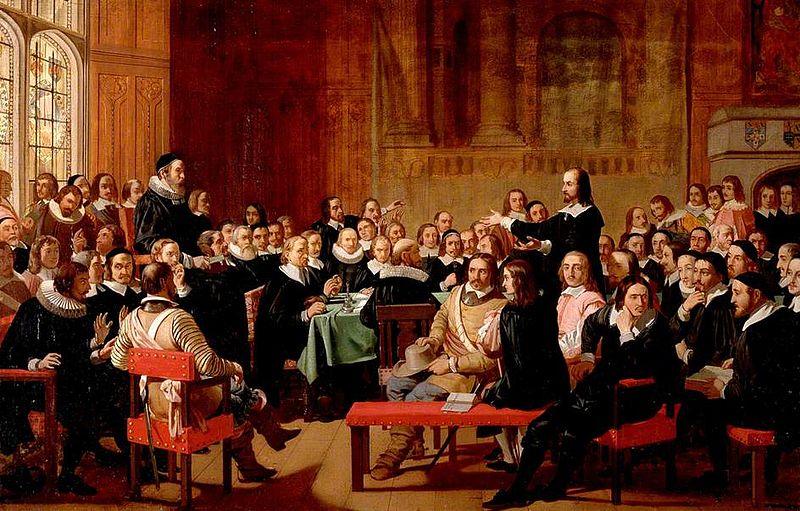 A reformed pastor friend wrote to disagree with my defense of governing authorities’ decrees protecting life by means of social distancing:

In the United States, the Constitution is in the place of Caesar. And the Constitution has ordered that all the civil authorities that take an oath to uphold the constitution may not make a decision regarding whether churches meet for worship or not. That that decision is delegated by the supreme civil magistrate …to the local church leaders is precisely the issue at hand. The decision on churches meeting for worship is …outside of the authority of the magistrates….

After making a few preliminary comments in response to him privately, I asked Elder Brian Bailey if he would respond as a man with experience both as a church and government authority. He writes:

The question, as I understand it from the exchange, is whether the civil magistrate ever, under any circumstances, has authority to forbid churches from meeting. You say no because under the U.S. Constitution that decision is “delegated” by the Constitution “to local church leaders.”

Dear brother, I think you are in error.

First, neither the U.S. Constitution nor the Indiana Constitution delegates authority to churches. Rather, those constitutions ordain a form of government that delegates and divides civil authority—not ecclesiastical authority. In 20+ years of reading primary source legal documents, legal history, primary source ecclesiastical constitutions and books of church order, church history, and Reformed theologians like Calvin and Abraham Kuyper, I don’t recall ever seeing anyone take the position you take. Yes, churches enjoy certain privileges under man’s law, just as other non-church associations do. They incorporate under state law and receive tax-exempt status under federal and state law, but they don’t receive their authority to gather and issue a call to worship from the civil constitution. The authority to issue a call to worship is delegated immediately to the church from Jesus Christ.

Well, then, you might ask, how can the civil magistrate interfere with a call to worship? That raises the second problem with your position. The church is subject to neutral laws of general applicability. Our church, for example, must receive authority from the local planning and zoning commission in constructing our church-house. We follow state and local building code requirements intended to preserve and protect life. We might privately think this or that requirement is too stringent but we don’t disobey it asserting ecclesiastical authority in church budget and building matters. Same with the church graveyard our church recently established. We researched the law, retained a surveyor, and worked with local zoning authorities to obtain approval for the graveyard.

So does Scripture exempt us from these laws? That raises a third problem with your position. As Calvin puts it, we live under a “two-fold government.” We live under a civil government delegated authority by God to guard our bodies and the church delegated authority by God to guard our souls. Yes, of course, there is overlap and seemingly concurrent jurisdiction in some areas of life, and the boundary lines of the separate governing spheres in any given era and locale aren’t always clear. Still, the general principle is valid. And quarantine laws have been on the books and enforced for centuries in Christian countries—including the U.S. And, though I long to gather with them for Lord’s Day worship, I’m grateful for the physical protection of the vulnerable in our congregation who are more easily susceptible to Covid-19.

Sure, I can imagine such neutral laws of general applicability being abused to oppress Christians and to silence Christian witness. Hate crimes and hate speech codes and nondiscrimination laws purport to be neutral laws of general applicability. Those laws are now being abused to silence Christian witness if that wasn’t always their reason for existence.  But we’re nowhere near that state of things with the quarantine. In fact, our church and many others still issue a call to worship on the Lord’s Day. Though we mourn our inability to gather together in one location physically, we still gather together virtually as one body to worship the Lord. Online corporate worship is no substitute for in-person corporate worship, but we’re grateful even for that under the circumstances.

I believe the civil magistrate has authority to issue these temporary large-gathering restrictions and apply them to all large gatherings, including churches, to protect, as Blackstone put it 250 years ago, “the public health of the nation,” from an easily spread, deadly contagion.