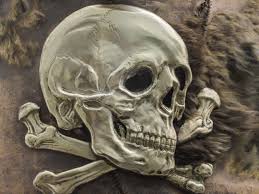 Over the past few days, social media have exploded with Christian men denouncing churches’ elders and pastors who have submitted to their state’s quarantine laws in response to COVID-19. These men deny the state’s authority to issue quarantines and declare to all the sheep listening to them that churches are above those laws. Further, they deny that God’s commands in Scripture to obey governing authorities apply to churches and quarantine laws.

Trying to reason with these men has been an exercise in futility, but I’ve continued to try because many sheep are watching and rebellion is a contagious disease that I, as a pastor, am called to fight and extirpate among the people of God, especially.

By God’s providence, our session at Trinity Reformed Church has two men well-suited to make decisions and provide counsel to churches and their officers about quarantine laws. One is a physician, Adam Spaetti, who is a close colleague of one of the most respected infectious disease specialists in the state of Indiana. The other is Brian Bailey, an attorney who, until our Vice President left for his digs at the Naval Observatory in Washington, served as Budget Director of the state of Indiana during Governor Pence’s administration.

Both men are elders in our congregation and, as their longtime pastor, I’ve watched both men take strong public stands against the sins of their own respective professions. More specifically, Brian Bailey’s conscientious resistance and refusal to submit to certain directives of men in authority over him at work have led to both promotions (by God’s grace) and demotions.

All that as a preface to this post of a letter Brian Bailey copied me on responding to one of the men of our church asking him if he thought our governing authorities had the authority to issue the current public health laws concerning COVID-19? Elder Bailey responded:

For centuries the civil magistrate has protected life by enforcing quarantine orders. To take one example, Blackstone’s Commentaries on the Laws of England, first published in 1776, describe disobedience of a quarantine order as an offense “against the public health of the nation”:

THE fourth species of offences, more especially affecting the commonwealth, are such as are against the public health of the nation; a concern of the highest importance, and for the preservation of which there are in many countries special magistrates or curators appointed.

1. THE first of these offences is a felony; but, by the blessing of providence for more than a century past, incapable of being committed in this nation. For by statute 1 Jac. I. c. 31. it is enacted, that if any person infected with the plague, or dwelling in any infected house, be commanded by the mayor or constable, or other head officer of his town or vill[e], to keep his house, and shall venture to disobey it; he may be inforced, by the watchmen appointed on such melancholy occasions, to obey such necessary command: and, if any hurt ensue by such inforcement, the watchmen are thereby indemnified. And farther, if such person so commanded to confine himself goes abroad, and converses in company, if he has no plague sore upon him, he shall be punished as a vagabond by whipping, and be bound to his good behaviour: but, if he has any infectious sore upon him uncured, he then shall be guilty of felony.

Notice that not just an obviously infected person is subject to this order. If someone lives in a home infected with the plague, he can be required “to keep his house.” Then, if he leaves the home and mixes with people, he “shall” be whipped as a vagabond. And that’s the lenient punishment for the man who does NOT have an infectious sore.

Blackstone is part of the bedrock of American law. He merits his own special citation listing (along with the Bible) in the index of The Bluebook law citation manual every law student learns. I searched today on Westlaw for “Blackstone’s Commentaries,” and even then I searched only Indiana cases and federal cases affecting Indiana. It turned up 183 case results. That doesn’t mean Blackstone is universally approved, but he is a force to be reckoned with.

So what about locally-sourced American law? An 1824 U.S. Supreme Court case on the Commerce Clause digresses into a discussion of quarantine laws. The Court was upholding the exclusive power of Congress to regulate commerce among the states, and, at the same time, upholding the authority of states to enact quarantine laws. That opinion says later, “While a health law is reasonable, it is a health law; but if, under colour of it, enactments should be made for other purposes, such enactments might be void.” Gibbons v. Ogden, 22 U.S. 1, 20 (1824). In other words, if a state enacted a health law to give a local industry, interest group, or constituency some commercial advantage to the detriment of commerce among the several states, it could be voided under the U.S. Constitution by the Supreme Court.

By the same token if a state enacted a health law for the purpose of oppressing Christianity, it would be void. If, for example, the civil magistrate forbade a church from meeting because of its doctrinal commitments to Biblical sexuality, that law would be void. Void under God’s Law certainly, but void also under man’s law–the U.S. Constitution and the Indiana Constitution.

I think the principle of the civil magistrate’s authority to protect public health with quarantine orders is incontrovertible. I don’t use that word very often. States have police power to protect the health, safety, welfare, and morals of their citizens. This power includes quarantine laws. We can argue about the Tenth Amendment and the Commerce Clause and the true scope of the federal government’s constitutional authority in public health, but that is a complicated subject and academic at this point. State governments are issuing stay-at-home orders.

Yes, I am troubled by the degree to which the authority is being exercised. Then I think, what would I do differently? I’ve been in government where the chief civil magistrate is presented with all sorts of information and differing opinions and has to weigh a motley assortment of interests applying various pressures—not to mention suffering constant attacks from his political enemies. Looking back, in very few cases do I think I would have had the wisdom or courage to do something different. Even in those few cases I would have done something different I would have lacked the political savvy to pull it off. All this to say, while my private judgment might differ from the civil magistrate’s, I don’t believe he is usurping or abusing authority. I’ll obey him—not because I necessarily agree with him but because he’s exercising proper authority to which I’m subject. And I’m almost certain, if I were in those governor’s office meetings, listening to the same advisers and reading the same briefings, I’d do the same thing.

I’ve met few doctrinaire men in government, or in the church, who bear any real responsibility.