Back in 1994, Missouri Presbytery of the Presbyterian Church in America received their first report from a study committee on homosexuality titled, “Faithfulness to God’s Standards: The Lord’s Calling to Homosexually-Inclined Christians.” All the men Missouri Presbytery appointed to write this report were Covenant Theological Seminary profs and grads:

This first report came in at 50,000 words. This is equivalent to a book of 250 pages. Missouri Presbytery no longer hosts a discrete copy of this document, so we provide a copy here.

Then, on October 17, 2017, Missouri Presbytery received their second report from a study committee of their members assigned to study homosexuality. Titled, “Homosexuality and the Gospel of Grace: Faithfulness to the Lord’s Calling in an Age of Sexual Autonomy,” Missouri Presbytery introduced this new report as “a fresh rewrite” of their 1994 report above.

This second report came in at 129,000 words plus appendices totaling 76,000 words. This is the equivalent of a book of 824 pages. Missouri Presbytery still hosts a copy of this document, but knowing their links die, we are hosting it, also.

Then, on May 18, 2019, Missouri Presbytery received and released another report on homosexuality titled Presbytery AdHoc Committee to Investigate Memorial and Revoice Report. This committee had been charged by Missouri Presbytery with investigating their member pastor, Greg Johnson, and their member church, Memorial Presbyterian Church (pastored by Johnson) for hosting the 2018 LGBTQ gathering named Revoice. This report contained 69,000 words. This is equivalent to a book of 276 pages. (And for the same reasons as above, we are hosting it, here.)

Thus far, Missouri Presbytery has produced three study committee reports on homosexuality—1994, 2017, and 2019—which, combined with their appendices, contain a total of 325,000 words (equivalent to 1,300 pages).

By way of comparison, the Seventh Commandment has five words.

Thou shalt not commit adultery.

The Larger Catechism’s exposition of the Seventh Commandment has 207 words:

Q. 138. What are the duties required in the seventh commandment?
A. The duties required in the seventh commandment are, chastity in body, mind, affections, words, and behavior; and the preservation of it in ourselves and others; watchfulness over the eyes and all the senses; temperance, keeping of chaste company, modesty in apparel; marriage by those that have not the gift of continency, conjugal love, and cohabitation; diligent labor in our callings; shunning all occasions of uncleanness, and resisting temptations thereunto.

Q. 139. What are the sins forbidden in the seventh commandment?
A. The sins forbidden in the seventh commandment, besides the neglect of the duties required, are, adultery, fornication, rape, incest, sodomy, and all unnatural lusts; all unclean imaginations, thoughts, purposes, and affections; all corrupt or filthy communications, or listening thereunto; wanton looks, impudent or light behavior, immodest apparel; prohibiting of lawful, and dispensing with unlawful marriages; allowing, tolerating, keeping of stews, and resorting to them; entangling vows of single life, undue delay of marriage; having more wives or husbands than one at the same time; unjust divorce, or desertion; idleness, gluttony, drunkenness, unchaste company; lascivious songs, books, pictures, dancings, stage plays; and all other provocations to, or acts of uncleanness, either in ourselves or others.

In the 325,000 words of Missouri Presbytery’s reports on homosexuality, the Westminster Standards’ on the Seventh Commandment are quoted only twice.

In its exposition of the 7th commandment, the Westminster Larger Catechism (Question 139) includes the phrase “sodomy, and all unnatural lusts” in its list of things prohibited by the 7th commandment. …Clearly then, the Standards condemn same-sex sexual involvement. [T]here can be no doubt that question 139 affirms that homoerotic behavior is a violation of the divine command.

Second, this same mention of Question 139 reproduced almost word for word in the 2017 report:

In its exposition of the 7th commandment, the Westminster Larger Catechism (Question #139) includes the phrase “sodomy, and all unnatural lusts” in its list of things prohibited by it. …Clearly then, the Standards condemn same-sex sexual engagement. [T]here can be no doubt that WLC Q #139 affirms that homosexual sexual activity is a violation of the divine command…

And what of Larger Catechism Question 138?

Throughout the 325,000 words of Missouri Presbytery’s three reports, Westminster Larger Catechism Question 138 is not mentioned.

Forget strict subscription. Even the most loose construction of confessional subscription would find somewhere in 325,000 words to mention Question 138 even once, let alone open up the rest of the text of Question 139.

This is Reformed confessionalism today.

Reformed denominations frown on pastors being trained for ministry by older shepherds. Instead, the denominations pay lots of money to a group of DMins and PhDs running their seminary. Then they direct the sons of their churches to go spend four years getting those men to certify them as ready for the pastorate. At which point, those certified reenter the church, get their ordination certificate, and are happy to be called to one of the denominational congregations. 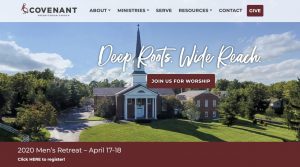 That certification is tied to a student demonstrating his knowledge and submission to the denomination’s boundaries and vocabulary. These are always set by the denomination’s rich church pastors whose parishioners give the money that builds the seminary’s buildings and pays those seminary’s profs and administrators.

So yes, it’s a vicious circle. Them that pays the money calls the tune. Always.

Thus, the tune Covenant Seminary is playing in Missouri Presbytery through Memorial’s Revoice; then playing, also, through its other alumni across the PCA; this is the tune first written by George Robertson when he was at Covenant Pres. in St. Louis in between First Pres in Augusta, Georgia, and Second Pres in Memphis. Where, I might mention, my friend Dick De Witt served before landing First Presbyterian Church in Columbia, South Carolina. 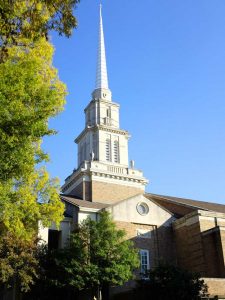 To state the obvious (which only rich church pastors, denominational administrators, seminaries, and their alumni would deny), seminaries corrupt the church by first corrupting their pastors. This is the only explanation needed for the condition of the Presbyterian Church in America today. No, it’s not a popular thing to say, but truth never is. Too many people have invested their lives in lies.

Revoice was birthed by Covenant Theological Seminary. Revoice’s original conceptualization, its planners, its host church and pastor, its speakers, and many of its participants were only following through on what they had been taught and learned from CTS profs like Jerram Barrs, David Jones, and Richard Winter. To fault CTS grad Greg Johnson for leading and hosting Revoice while granting men like Barrs, Jones, Winter, and CTS Vice President Jay Sklar a pass is hypocritical.

Bring the training of our future shepherds back into the local non-accredited church under the direction of our pastors and elders.

Andrew Dionne is the pastor of Trinity Presbyterian Church (Evangel Presbytery) in Spartanburg, SC (www.trinityspartanburg.com). He also serves as the President of New Geneva Academy (www.newgenevaacademy.com). He has six children and a lovely wife.