No, Virginia, when I was young, Bibles weren’t politically correct…

(Another in our series of reprints from Baylyblog.)

Back in the nineties, a number of us fought against a number of members of the Evangelical Theological Society (ETS) who were removing the male semantic meaning component of thousands of texts of Scripture in new Bible translations they were producing and marketing, particularly their updated version of the New International Version. At the time, the NIV was the best-selling Bible translation in the English-speaking world, so we focussed our efforts most closely on this translation.

Our opponents’ plan was to put out an updated NIV called the NIVI in which Hebrew and Greek words such as adam, adelphoi, and aner would be denuded of their male meaning component and thereby rendered innocuous to Westerners raised in a feminized society in which it had become gauche to make references to mixed-sex groups using the male inclusive. Thus ‘man’ became ‘humankind’, ‘brothers’ became ‘Christian friends’ (NLT) or ‘siblings’ (NIVI), ‘man’ became ‘person’, and so on.

Thousands of times across the pages of Scripture.

The battle was joined with the publication March 29, 1997 of World magazine’s cover story, “The Stealth Bible: the Feminist Seduction of the Evangelical Church.” For almost everyone in the Evangelical church other than Bible scholars, this was the first hint of Zondervan’s plans to neuter their NIV. The response to World’s article demonstrated the profound theological divisions present within what was then thought of as “Evangelicalism.”

Predictably, one side decried World’s divisive spirit. Zondervan and her stable of Bible translators along with other supportive scholars demanded the Evangelical Press Association censor World’s editor and publisher. Their effort failed, but academics of the Evangelical Theological Society picked up the cudgel in behalf of Zondervan, and their largely successful efforts continue to this day. Having been paid, themselves, to do neutered Bible translations, these scholars had skin in the game and, seeking to protect themselves, they went on radio and television, wrote articles and letters to the editor, and published books defending Bible publishers’ neutering of Scripture.

The highest profile politically correct scholar was Don Carson who, in 1998, issued a feminist tract titled The Inclusive-Language Debate: A Plea for Realism. The polemic was published one year after the scholars’ work to neuter the Bible was exposed by World. 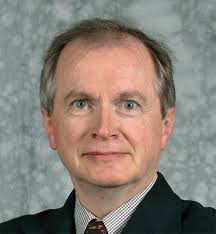 At the time, Don seemed likely to succeed Carl F. H. Henry as the leading evangelical theologian. Thus, in his defense of neutered Bibles, Don tried to play the part partly of impartial observer and partly wise old owl. Claiming his defense was the only sane, rational, logical, enlightened position that any true scholar would hold, Carson simply denied that the neutering of Scripture’s inspired words was any violation of the church’s historical commitment to the plenary verbal inspiration of Scripture.

At the time, I had just taken on the position serving as first Executive Director of the Council on Biblical Manhood and Womanhood (CBMW)—a position I held part-time as I continued serving as Sr. Pastor of Trinity Reformed Church (Church of the Good Shepherd). Immediately following World’s exposé , I was sorry to learn Don Carson had just resigned from CBMW’s Board of Reference, so I called and asked him to reconsider.

Carson was peremptory. No, no; he would most certainly not reconsider his resignation. He couldn’t possibly have his name associated with an organization that was publicly opposing the neutering of Scripture. He said such an association would cause him to be “laughed off the stage” of those secular universities he received occasional invitations to speak.

Then, a year later, Don issued his tract, The Inclusive-Language Debate: A Plea for Realism.

The liberal feminist core of the Evangelical Theological Society greatly approved of Carson’s tract and have not troubled themselves over the neutering of Scripture ever since. Their Goliath had spoken and that was all. 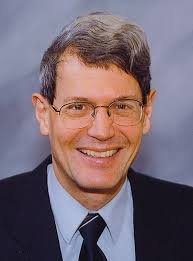 A couple years later Westminster Theological Seminary’s Professor of New Testament Interpretation, Vern Poythress, wrote a response to Carson. Those who have read Poythress’s arguments and are familiar with his academic credentials and publications note Vern is every bit Don’s equal (and many of us would say his superior) in academic credentials and scholarship. The case Vern marshalled in The Gender-Neutral Bible Controversy: Muting the Masculinity of God’s Words summarily dispatched Carson’s talking points.

But leaving aside linguistics, translation theory, Hebrew, and Greek for the moment, note this carefully.

The most scandalous part of Carson’s book was his failure to disclose to readers that he had a conflict of interest which precluded any claim to impartiality in the matter.

A few years earlier, Don had been paid to produce a neutered translation of the book of Acts for the New Living Translation. Specifically, Don had worked on the book of Acts and it was there in Acts where the worst case of neutering Scripture occurred.

Consider. The first edition of the NLT’s version of Acts 1:21,22 read:

So now we must choose someone else to take Judas’s place. It must be someone (Greek ἀνήρ, gender-specific “man”) who has been with us all the time that we were with the Lord Jesus—from the time he was baptized by John until the day he was taken from us into heaven. Whoever is chosen will join us as a witness of Jesus’ resurrection” (NLT-First Edition).

The Greek word Don translated “someone” is ἀνδρῶν from the root ἀνήρ, sex-specific “man.”

Therefore it is necessary that of the men (ἀνδρῶν) who have accompanied us all the time that the Lord Jesus went in and out —beginning with the baptism of John until the day that He was taken up from us—one of these must become a witness with us of His resurrection” (NASB-95 Edition).

It is no small thing to remove the male semantical component from the verse dealing with the selection of a new man to hold the apostolic office. Thankfully, in subsequent printings of the NLT, the text reverted to the original Greek text’s male semantic meaning component.

Nevertheless, consider carefully the significance of Don Carson neutering this verse in his work on the NLT. Nothing could more clearly demonstrate Don’s refusal to stand for the honor and Word of God in a politically correct culture. He is no impartial witness concerning scholars’ neutering of Scripture. He himself has a conflict of interest, and any reputable publication or publisher would have required him to disclose to his conflict of interest to his readers.

When Carson issued his book and when the work was reviewed in the pages of the Journal of the Evangelical Theological Society, no one breathed a word about Don’s failure to disclose his prior commitments—that he had profited personally from doing the work of neutering Scripture he was claiming to evaluate in an impartial scholarly way.

But there is an even worse aspect of this attack upon Scripture which didn’t come to light for a couple years and to this very day has yet to receive the publicity it ought. 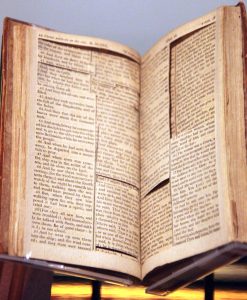 A short time back (2004), an article in the Jewish Telegraph told of the growing success of an eighteen-year campaign by retired Jewish publisher Irvin Borowsky to alter New Testament language he describes as “excessively faulting all Jews for the suffering and execution of Jesus.”

Seventy-six-year-old Borowsky had founded the American Interfaith Institute back in 1982 with the purpose of urging Christians to cleanse the New Testament of what he termed “hate language.” Borowsky is presently happy to report his efforts are finally bearing fruit:

History will record that the scholars and the president of the American Bible Society who published the first Bible that contained no anti-Judaism in nearly 2,000 years were the first to record accurately the historical events of the first century.

The particular Bible Borowsky is here referring to is the American Bible Society’s Contemporary English Version (CEV). Adoption of inclusive gender language in the CEV has been common knowledge for years. Almost unknown, though, has been the willingness of CEV translators to alter those New Testament words designating Jews.

The New Living Translation ( NLT) joined the American Bible Society’s CEV in removing the Greek word Ἰουδαῖος and its cognates in the Gospel of John. At times the NLT changed the word from “Jews” to “Jewish leaders.” At other times the NLT simply dispensed with any Jewish semantic meaning component, rendering Ἰουδαῖος “people.”

The fact that these changes to the words of the New Testament were made in the NLT is remarkable for several reasons.

First, the CEV has never been known as an evangelical translation: CEV translators were not culled from the ranks of Evangelicals.

On the other hand, NLT translators were culled from the ranks of Evangelicals. The plenary verbal inspiration of Scripture was not an issue for CEV translators while the publisher stresses the translators of the NLT “are evangelicals who accept the Bible as the inspired Word of God.”

Second, the NLT made clear its preference for inclusive gender language from the very outset. Before inclusive language became a major issue in the Evangelical world, the NLT had publicly stated in the introduction of its first edition:

The English language changes constantly. An obvious recent change is in the area of gender-inclusive language. This creates problems for modern translators of the ancient biblical text, which was originally written in a male-oriented culture. The translator must respect the nature of the ancient context while also accounting for the concerns of the modern audience. Often the original language itself allows a rendering that is gender-inclusive…. There are other occasions where the original language is male-oriented, but not intentionally so. (New Living Translation, 1996 edition; Introduction)

The neutering of the text of Scripture by the NLT had the virtue of complete disclosure concerning their neutering of the Bible’s male semantic meaning components, but they had said nothing about altering and removing the word “Jews.” 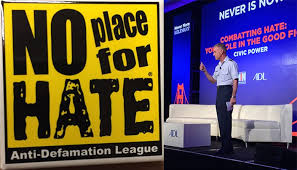 Men like Don Carson in possession of impeccable scholarly credentials think nothing of changing thousands of words in Scripture in order to hide language despised for its patriarchalism. Why would they hesitate changing the Gospel of John to make it less vulnerable to accusations of anti-Semitism?

There is no logical end to this censoring of God’s Holy Spirit. Once we set ourselves up as authorities over the Word of God—thinking that we can communicate more accurately the meaning of the Holy Spirit by hiding His words—we have become masters of God’s Word rather than submitting to God’s Word’s mastery of us.